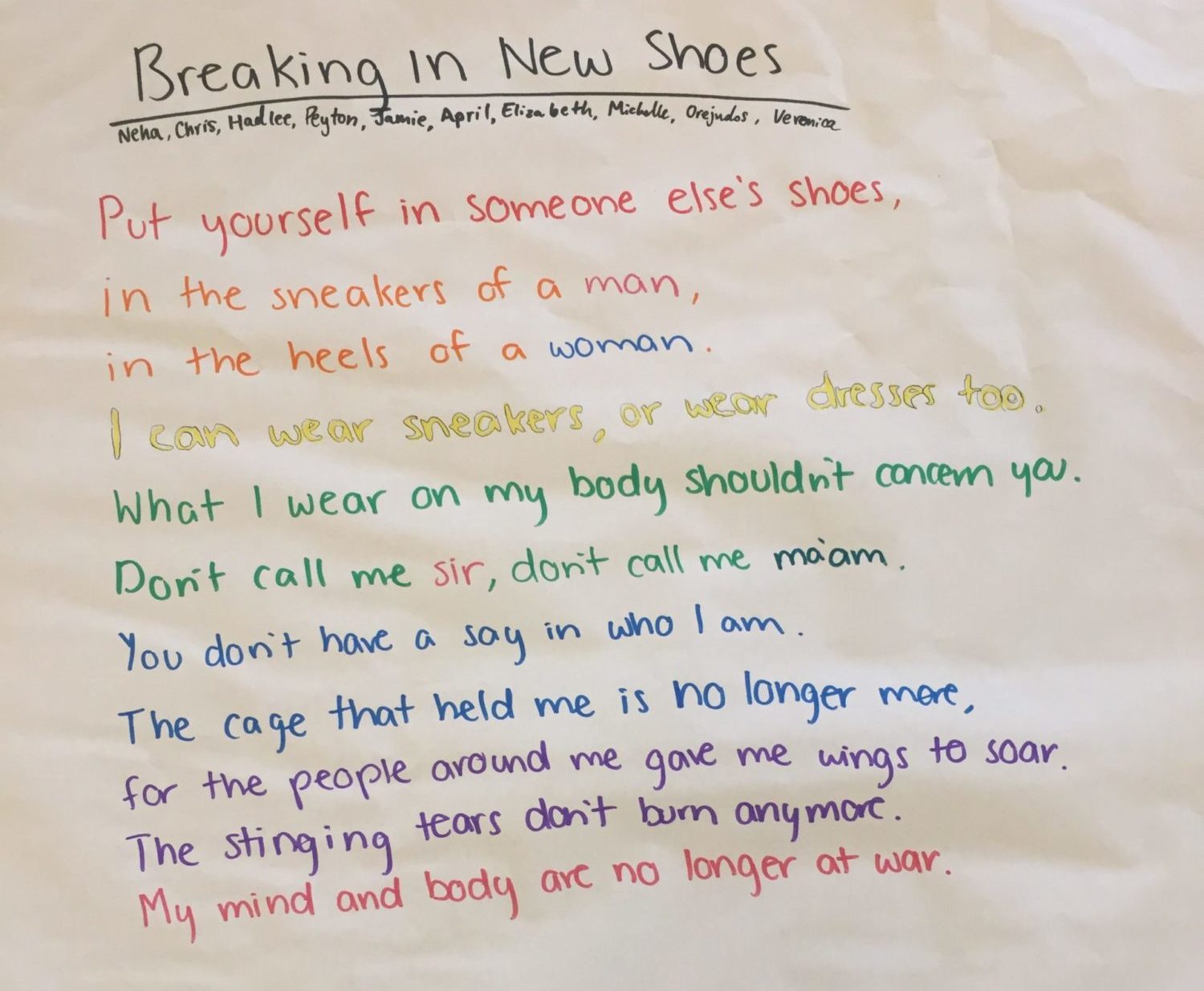 Today’s youth sometimes get a bad rap: self-centered, addicted to “likes” on social media, unable to cope with the smallest challenges. Yet, as teachers, we work every day with students who are passionate, courageous, and willing to take on the world for the causes they believe in. In Spring of 2019, a group of educators from Maryland Writing Project, CHARM: Voices of Baltimore Youth, and Baltimore’s Enoch Pratt Free Library came together and asked, How can we bring forward the voices of Baltimore’s young people who want to advocate for positive change in our community? Through these conversations, Young Writers Workshop: Advocacy & Action was born.

Young Writers Workshop: Advocacy & Action brought like-minded youth together to collaborate and support one another as they used writing to advocate for issues important to them. The project culminated in a website where students shared their writing publicly. Some also published their advocacy pieces in CHARM’s print publications. This project was part of LRNG Innovators made possible with support from John Legend’s Show Me Campaign, the National Writing Project, and the U.S. Department of Education

From October 2019 to March 2020, Baltimore middle and high school students gathered once a month to hear from local authors, share their ideas about how to create social change, write to advocate for that change, and share their writing with each other and the world. It was a powerful experience to hear from so many Maryland authors and how their work promotes change in the community! These authors inspired students’ writing and provided examples of the many different approaches to advocacy writing. 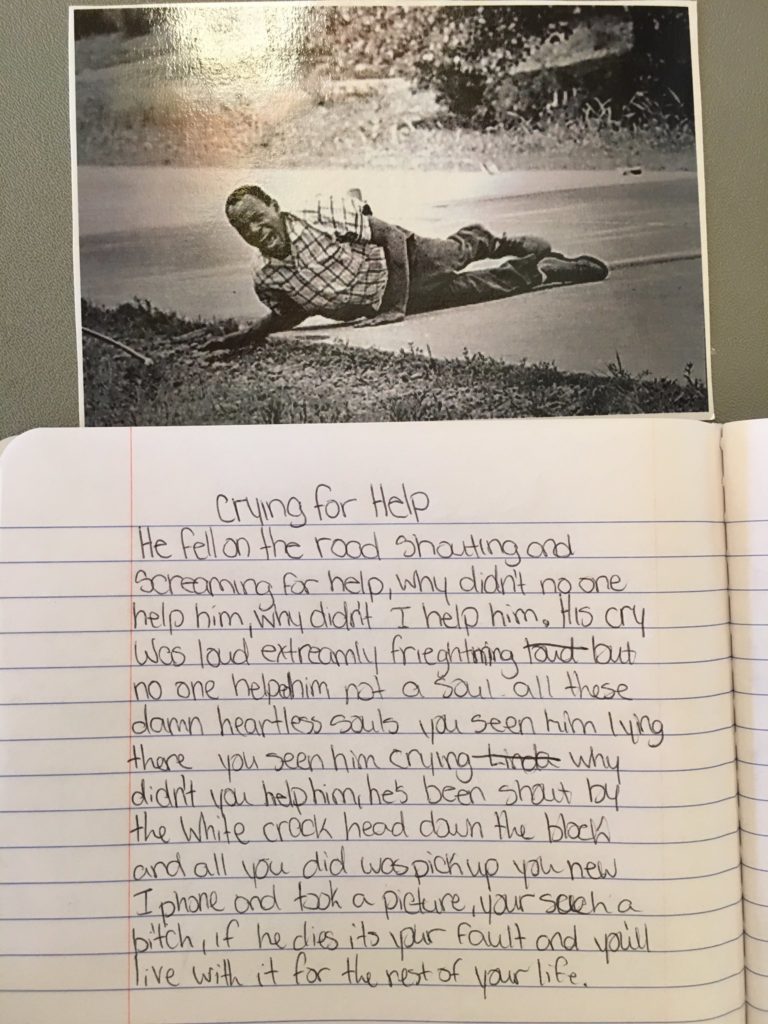 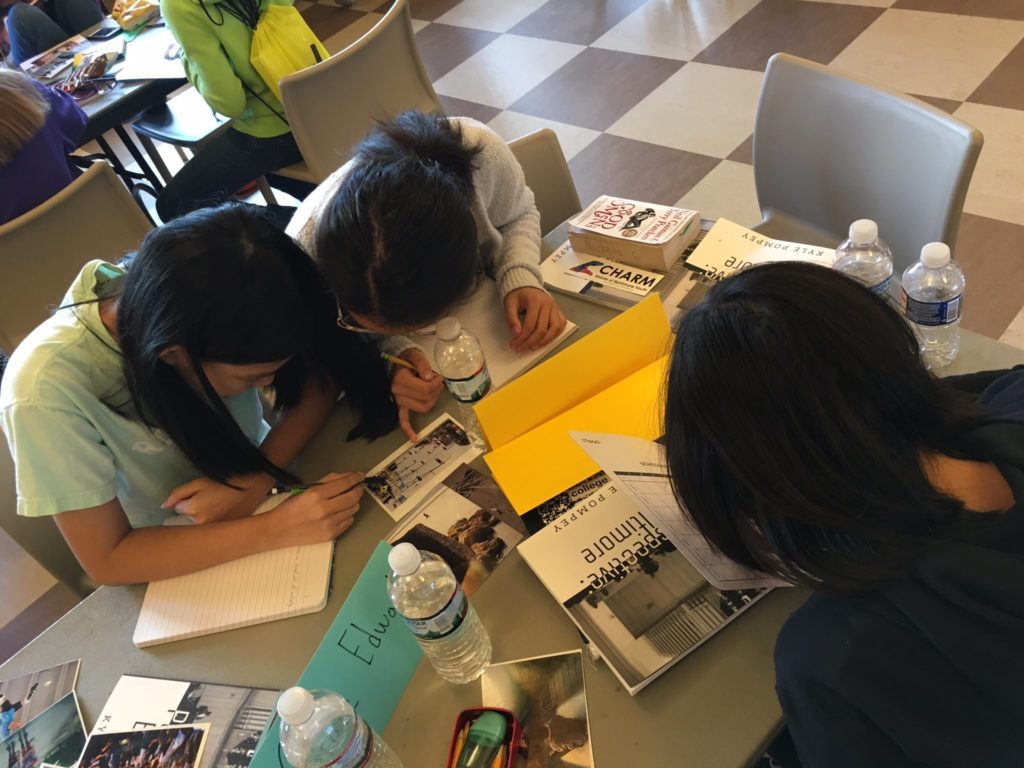 In our first session Kyle Pompey shared his book Perspective Baltimore and explained how photos open space for multiple perspectives and interpretations. Students wrote in response to Kyle’s photos, which surfaced both the gritty and the beautiful sides of our city. This writing opened our eyes to areas of advocacy that would benefit our community and to the power of images in helping readers connect with our words. 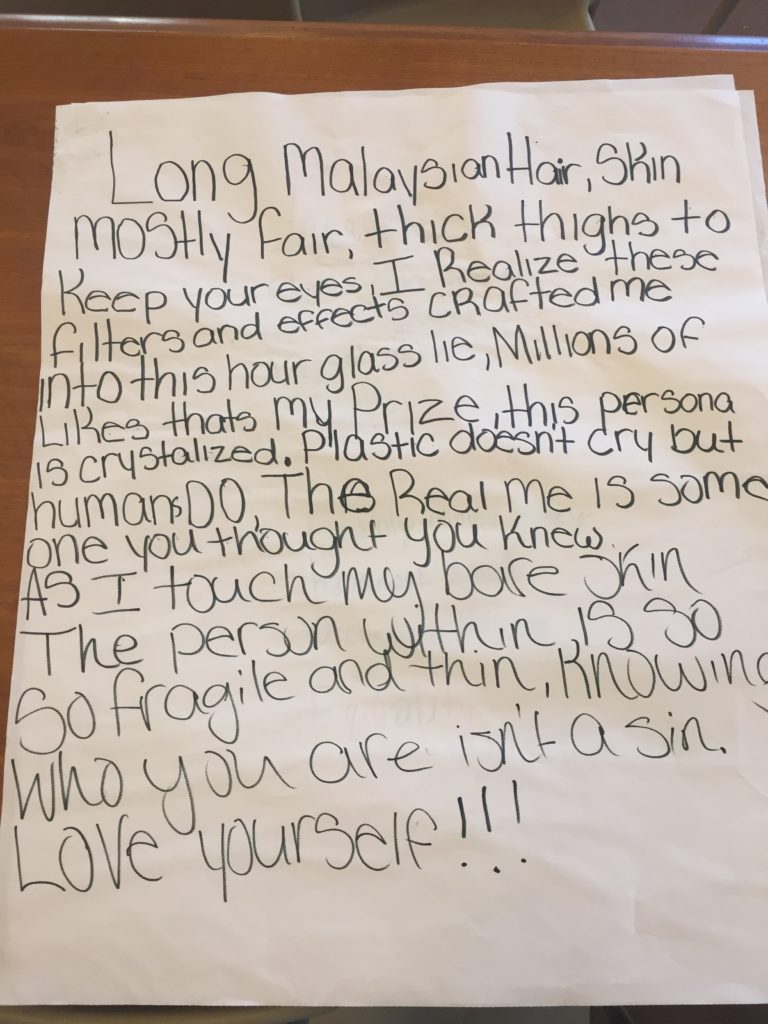 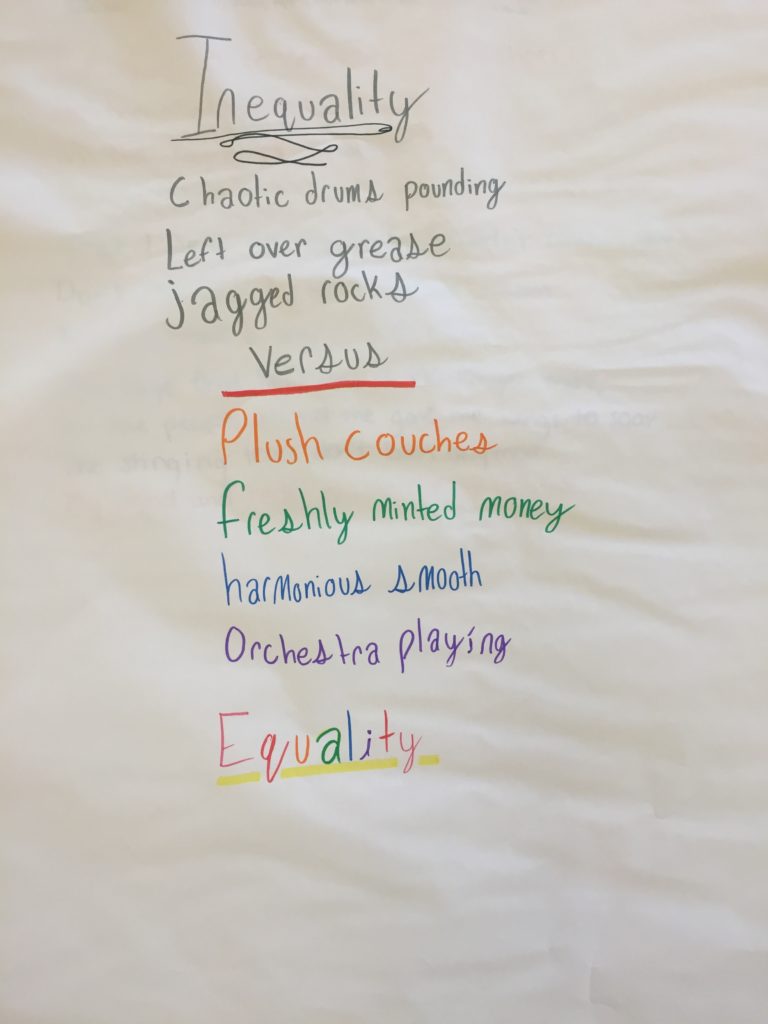 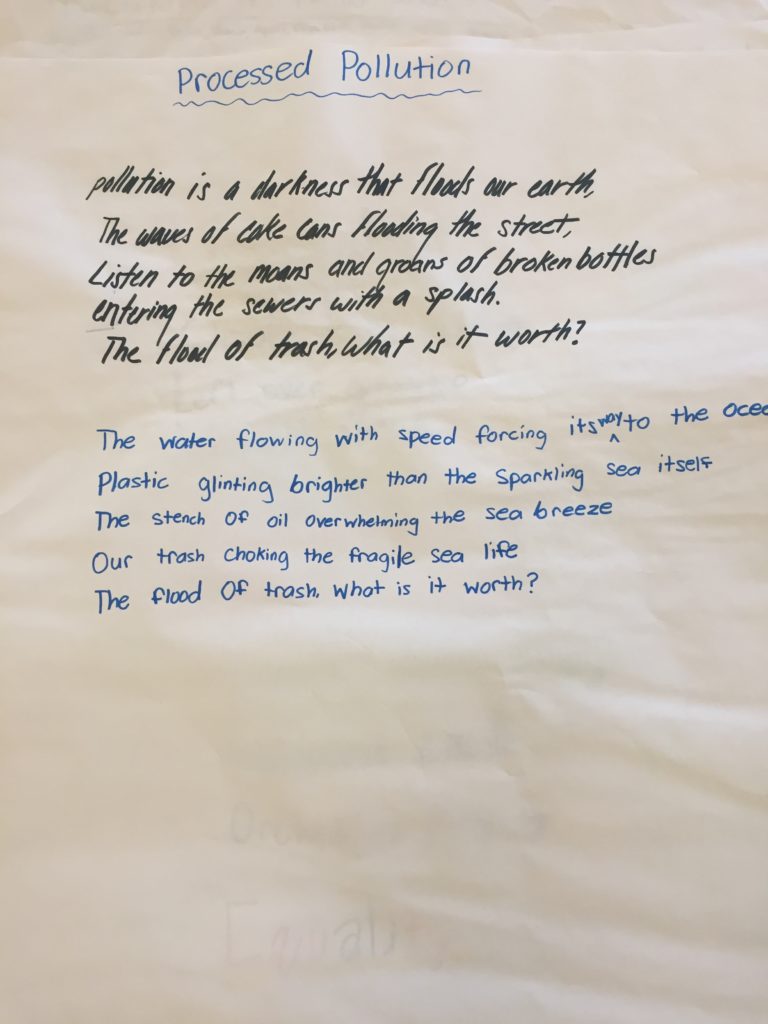 In our second session, two spoken word poets-—Deleicea Greene, Baltimore City’s Youth Poet Laureate, and Jalen Stewart-Fuller, a local Towson University student-—shared their work through a poetry slam. They explained how they use their poetry to call for change, and in response, students wrote collaborative advocacy poems.

Our third session moved us from poetry to narrative with Jason Reynolds’s Long Way Down. In collaboration with Enoch Pratt Free Library’s One Book Baltimore program, students had the opportunity to hear Jason speak about his book. He shared how society’s dehumanizing of young black men-—“If we call them thugs, we don’t have to call them kids”—-served as an impetus for the novel, which is written in verse. The students considered how Long Way Down calls readers to think about changes needed in our society, and they responded by writing drafting narratives of their own. 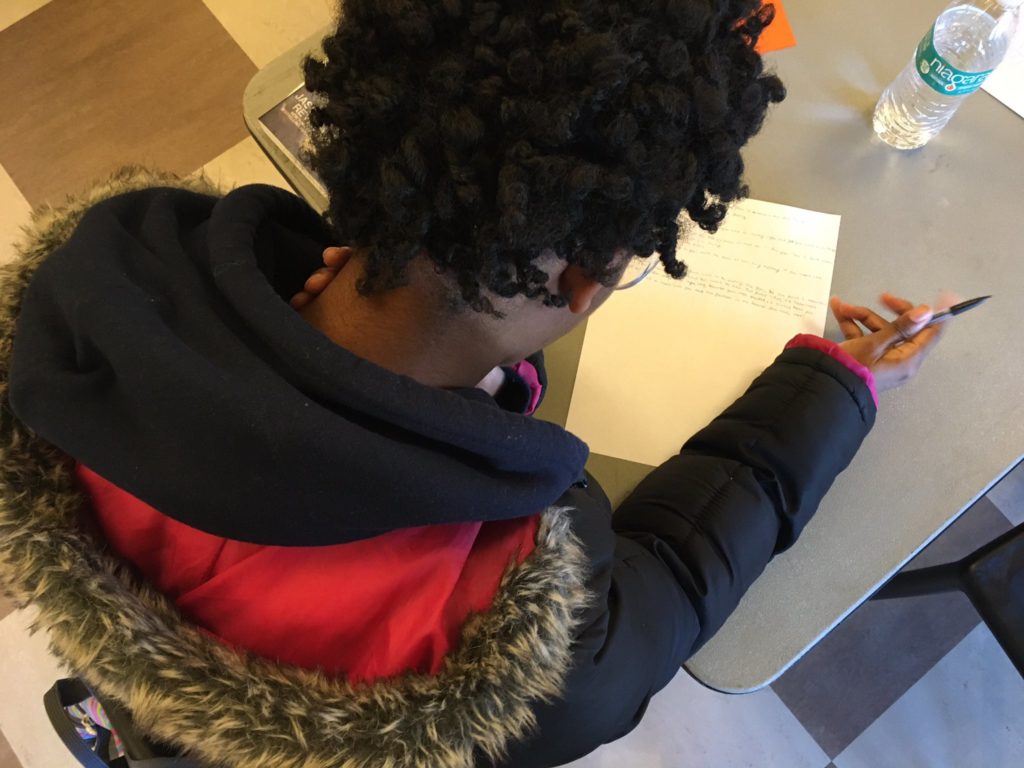 The fourth session allowed us to hear from two authors. Susan Muaddi Darraj shared how narratives, and particularly character development, can allow authors to address social issues by helping readers connect with a character. Then, Julia Mallory shared her books and explained how self-publishing allowed her to say what she wanted to say—-without interference from a publisher. 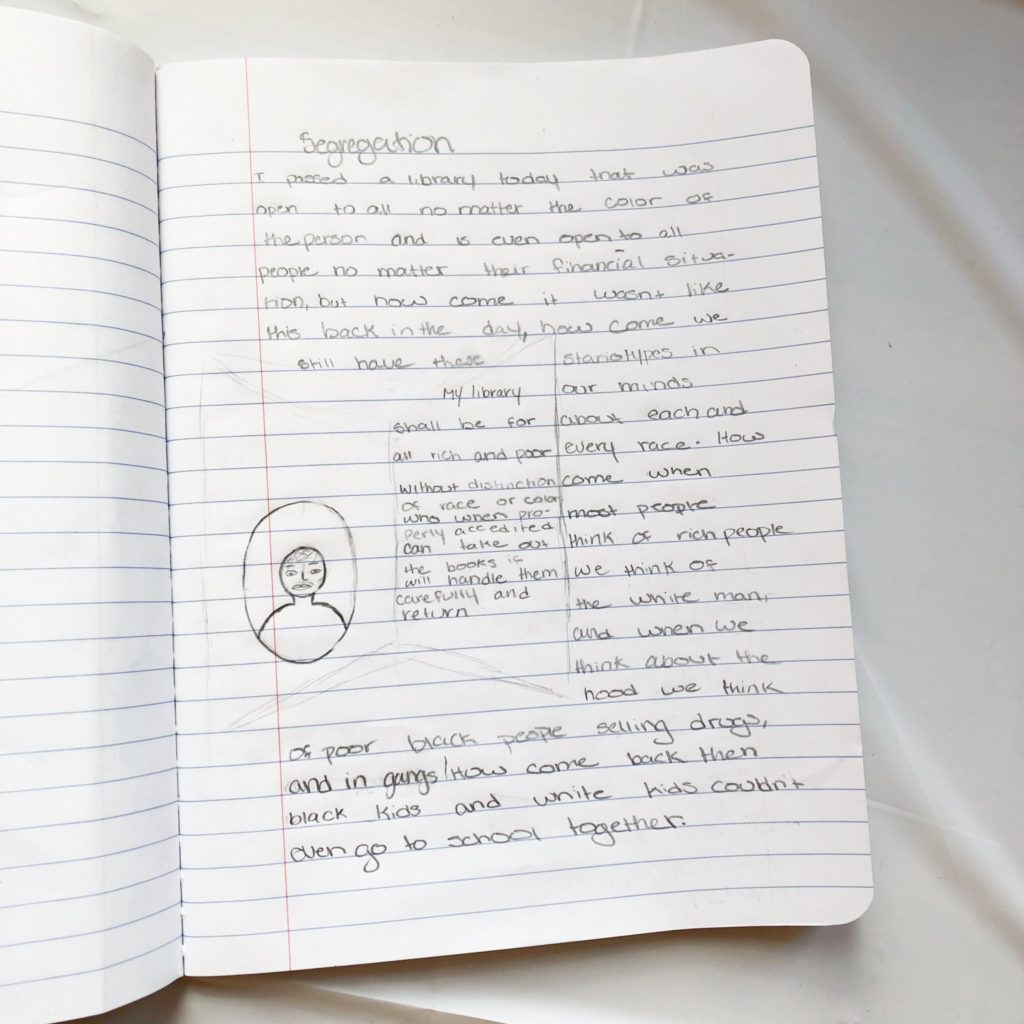 During our fifth session, Sherri Booker shared her memoir, Nice Years Under, and explained the importance of “telling your truth.” She inspired students to share their truth—even when it is difficult for other people to hear. Advocacy writing often involves saying things that are uncomfortable for others, and the students wrote their own experiences as a way to tell the world about the changes they wanted to see.

Although our final two face-to-face sessions were cancelled due to the pandemic, students continued to collaborate online and, ultimately, shared their final drafts on our page of CHARM’s website. This remarkable group of students put their voices into the world to advocate for the changes important to them. We hope you enjoy reading their powerful work!

Hearing from local authors was significant for our student writers, and their conversations with the authors sparked their own thinking about how to use writing to advocate. We found that it worked best to invite the authors to (1) share their work and (2) explicitly explain how they used their writing as an impetus for social change. It was helpful to describe the project’s goals to the authors in a pre-planning call before each session. This allowed them to focus their remarks on the advocacy aspect of their writing, and it allowed us to better understand how each author could uniquely contribute to the project. For example, Julia Mallory self-published her work because it allowed her to retain autonomy over it. Although we hadn’t initially considered the importance of self-publishing as a vehicle for advocating change, after talking with her we realized that self-publishing was a great option for our students. The collaboration with the authors strengthened the workshops and what students were able to learn from each author.

Time is always a challenge when working with students, and our workshops were no different. We redesigned them based on student feedback as the sessions progressed, adding more time for individual writing and peer sharing. In the future, we would create larger chunks of time during each session for students to work on their individual pieces and engage in peer response. They found such value in sharing their writing with one another that we want to strengthen that component in future workshops.

During this project, we held workshops once a month between October and March. While we had hoped that the project’s length would allow for deep contemplation and writing, the amount of time between the sessions seemed to interrupt students’ momentum. In the future, we would like to experiment with week-long workshops that would run four to five hours a day. A more intensive timeframe might allow momentum to grow rather than wane.

The most important thing we “learned”–though we already suspected it–was that Baltimore youth have something important to say! They want to write and they want to advocate. As teachers, we can support their efforts by connecting them with community author/advocates and by simply making space for writing. Together, we can support the next generation of writer/activists in our communities!