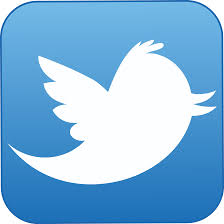 As a fairly recent addition to the National Writing Project family, I’m still getting used to some of my responsibilities.

One of the most challenging for me personally has been the use, monitoring, and management of Twitter.

My observation and perception of it prior to this had been as a platform for posting quotidian banalities, and not as a valid means of marketing, network outreach, or professional development. (My most bitter feelings were toward hashtags. I mean, they were already called pound signs. That was not good enough?)

It took very little time working with Twitter at NWP for me to have my mind changed completely. Even just observing the @NWPDigital_Is Twitter feed, it’s clear that educators are getting great use out of this new-ish digital tool: sharing resources, networking, edu-chatting, and sometimes most importantly, getting much-needed comic relief from what can sometimes feel a neverending and fruitless struggle to improve education for our learners. This network was using 140 characters to communicate and make poignant remarks about our education system.

This point became especially clear while observing the @NWPDigital_Is guest Tweeters. As a part of the Digital Is reworking that is happening throughout the year, we reached out to some of our curators to see if they would be willing to take over the Tweeting from the Digital Is handle for a week. Several of them were gracious enough to agree. This guest spot allowed them the opportunity to share Digital Is content, as well as any resources from their own network that they found particularly meaningful. While there was some network overlap between our guests and the already-existing @NWPDigital_Is network, we could see the additional people we were reaching through this effort, as every day we had more followers. Furthermore, especially as a Twitter novice, it provided me with the opportunity to observe the different voices and usage of each of our guests.

Here are the Storify’s (Storifies?) from those efforts, and many thanks to those guest Tweeters:

There’s a great collection of helpful resources and blogs posted already about the use of Twitter (including a blog from Kevin Hodgson about his experience managing the Digital Is Twitter handle).

This is not to say that Twitter is a perfect means of communicating. It definitely still has some quirks, which may or may not be able to be changed. One of these that I’ve observed is Twitter chats. They are a great gathering place and seem to provide busy educators with an hour of time that they regularly allot to discuss issues of importance. While they often induce insightful comments, they also cause for a lot of confusion. Because of the heightened pace, and because of the brevity of Twitter, responses are often lost in a flurry of other activity. I find this makes the chats hard to follow, and will sometimes lead to side-conversations taking place in order to follow a certain strand of thinking. I don’t know that this is the most effective way to engage in a conversation. It seems to be a perfect model for brainstorming, or a type of work like that, but not necessarily for an in-depth discussion. Perhaps this is simply a personal fault.

Does anybody have any tips for keeping up with Twitter chats? For staying engaged while also staying informed with the path of the conversation? For the use of Twitter in general?

When Walking the World

I know there are a few more learning events for Walk My World (including the...
by Kevin Hodgson

I had been writing about diving into the world of Twitter Bots for N...
by Kevin Hodgson
See All Posts
Collection