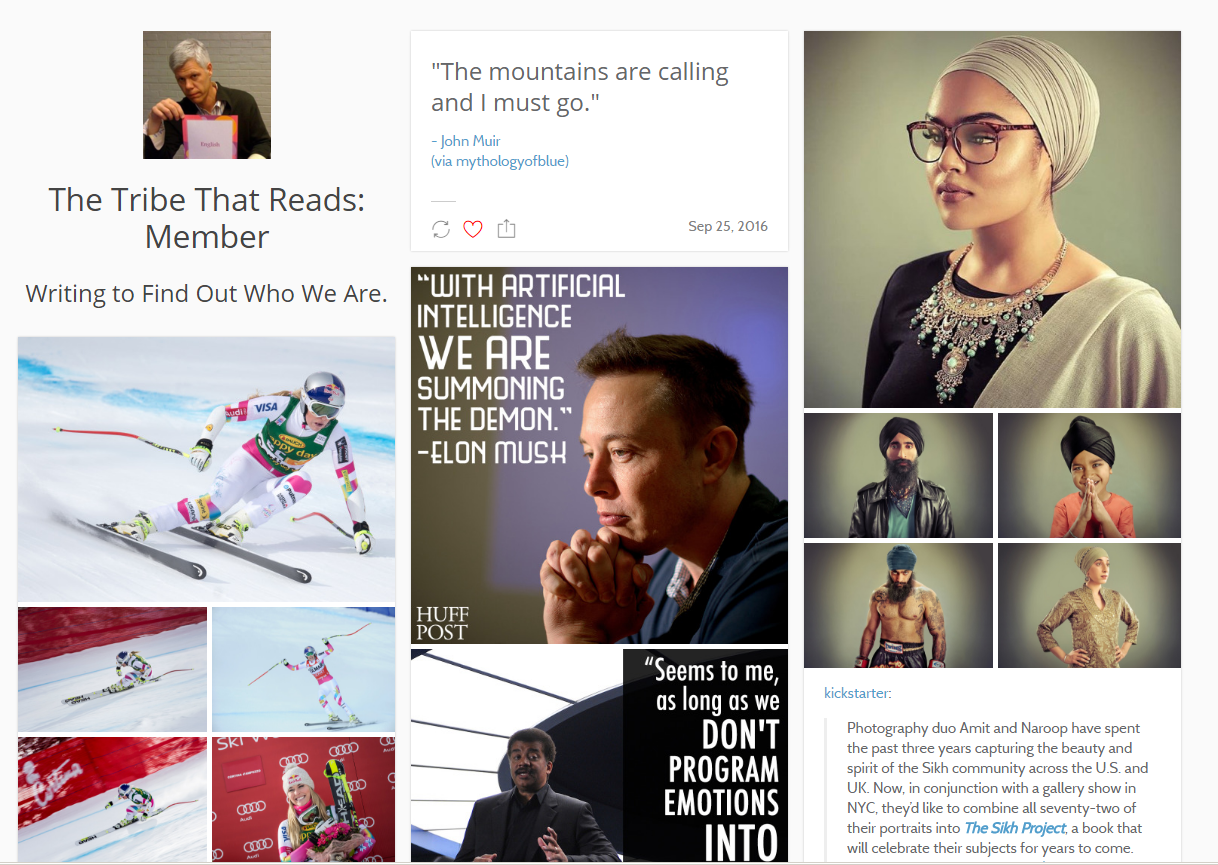 Years ago, I went in search of an audience for my students, although at that time I didn’t know that was what I was doing. I’d seen enough student writing to know that I wasn’t doing something right. They were smart, interesting and capable of all manner of argument, but I was frustrated by assignments that weren’t helping them put those traits into their writing. I noticed that they were willing to risk suspension by breaking through the district’s internet firewall to reach sites like Myspace and Facebook where they went to write (Write!)  about the things they cared about and in ways that reflected their personalities. This was what I was looking for, so I started a website where my students and I could build on the conversations we were having in class, where they would write like they were for those websites. I envisioned a free flowing forum of ideas and enthusiasm, a place for authentic voices like I’d seen in other places, like I’d heard in my classroom.

Yeah, I was wrong.

My first failures though did send me in a new direction. My students were using different digital platforms  to say things about themselves, share their opinions, and to challenge each others’. It was entirely social but what they were doing was writing, sometimes with letters and words, sometimes with images, but it’s all text, and that’s what drew me in, so I tried again.

At that time I hadn’t been aware of just how much weight audience carries. When I was the audience, even the perceived audience,  it changed the way they wrote. Their voices faded. Those few times I did manage to spark something good, thoughtful, honest writing, authentic voices, writing about a text we were looking at, then their writing became self supporting. They abandoned me and wrote for each other, fed off each other and it had very little–actually nothing– to do with me. When I became their audience, they tried to write like students–”schooly” is what they call it– but when it wasn’t me they wrote like writers. They had more confidence, took risks, tried to engage the each other. In short, they did what writers do.

Encouraged but still confused, I went looking for a platform that allows the immediacy of a conversation but encouraged more thoughtful and deliberate writing. A couple of years ago I came upon Tumblr.com.  At the time, it was a kind of hybrid hipster blog with lots of art and music. There was plenty of careless writing but there was also quite a lot of very good, clearly professional writing, but it was aimed at a different audience. That’s was part of what I was looking for. I wanted to connect my students to a fairly sophisticated audience. A community that I thought looked like who they might want to see themselves as members of. It was a distant thought but I imagined that they might adopt the characteristics of the audience.

Did Tumblr work? I’d call it a qualified success and an ongoing experiment. The audience had changed. It was more authentic, more real. They weren’t writing for me. They were writing for themselves and trying to find  the voice that would attract attention from other writers and readers in that world. This was three years ago, and I was just starting to think about how students will read and write is fundamentally different than how I do. Since that time I’ve made many course corrections, battled firewalls, and added new elements to the experiment. Register here and dip a digital toe into these deep and swirling waters at the 4TDW Conference, Sunday, October 2nd at 7PM. I’ll be honest about the struggles and rewards, answer questions and look at what it might mean to those us who teach writing in an environment that offers so many different avenues for our students to write.