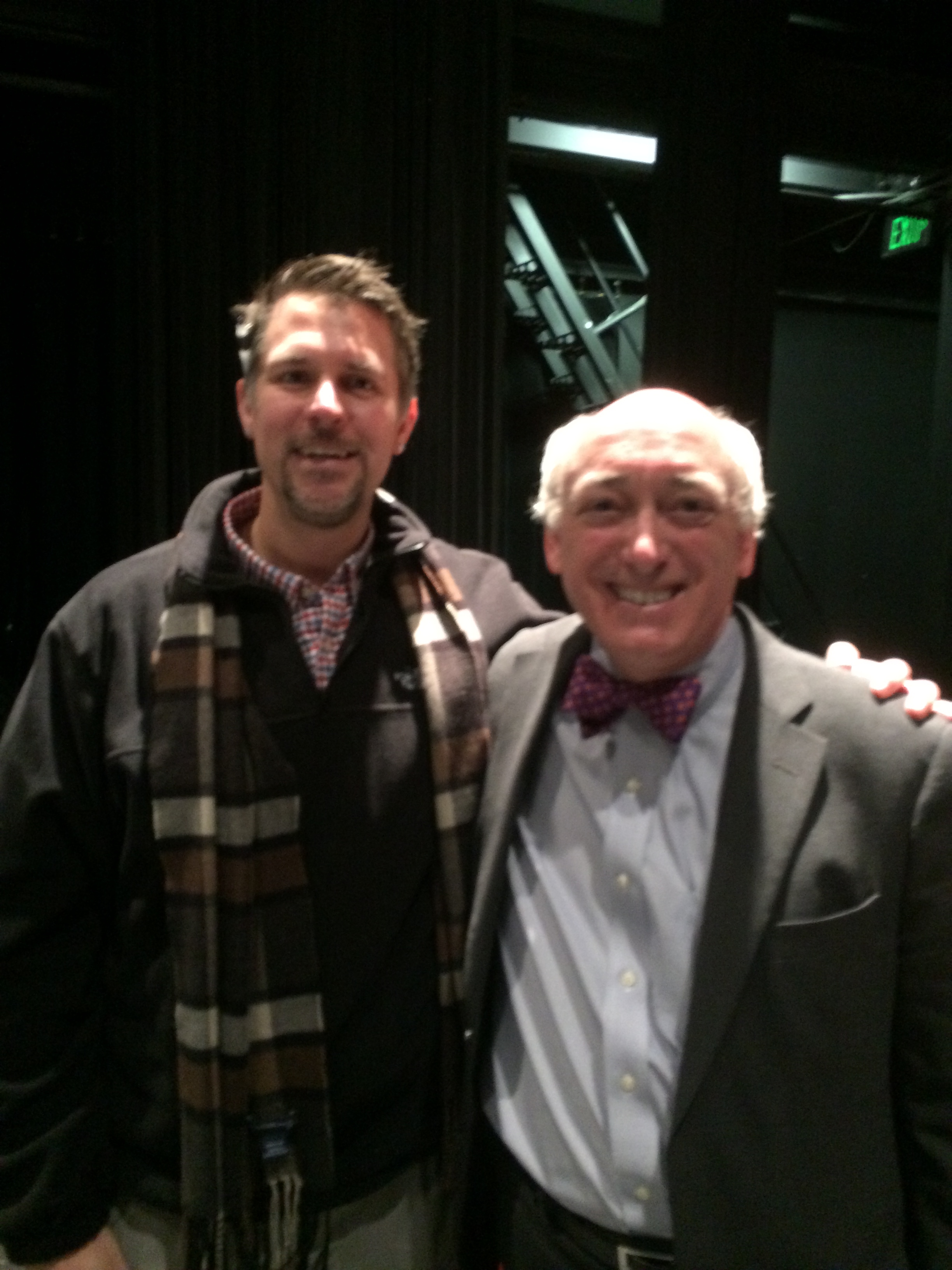 The Multimediated Project Site - Enhancing Visibility in the Press

I rewrite this post from Kreativitet in support of thinking strategically about how NWP sites might work strategically with local media. As Director of CWP-Fairifeld, I was invited to attend a seminar on media relations with local presses and feel it has the potential to benefit others.

Michael Horyczun, director of Media Relations, invited me to a session entitled, “Enhancing Fairfield’s Visibility in the Press” at the Lawrence A. Wien Experimental (Black Box) Theater in The Quick Center yesterday to explore media landscapes with 24-7 news cycles, the downsizing of local and national presses, and the ways reporting has changed in the last decade. The invitation was brought to CWP-Fairifeld as often local papers desire commentary on educational issues and policities.

Bob Berkowitz and Joe Pisani, leaders within the Dilenshcneider Group of NYC, provided a once-in-a-lifetime opportunity. Berkowitz’s career began with radio programming before he arrived to the Associated Press to cover the Carter campaign and the Three Mile Island nuclear power plant. He has been a correspondent for CNN during the 1980s, worked with ABC news, and reported for “Good Morning America” and NBC’s “Today”.

With similar professional accolades, Pisani has covered stories for over 30 years and reported for the St. Petersburg Times in Florida and Newsday on Long Island. He’s also held management positions for the Times Mirror Company and Chicago Tribune, as well as edited and presided more locally over The (Stamford) Advocate and Greenwich Time. His work has appeared in The Boston Globe, The Washington Post, The Philadelphia Inquirer, The San Francisco Chronicle, and numerous other publications – too many to name here.

I had an irreplaceable experience of being interviewed by Joe Pisani, filmed, and then critiqued by Bob Berkowitz. I loved that Pisani admitted he was trying to back me into corner (with questions inferring that teachers are paid too much, more grammar instruction is needed, etc.) so Berkowitz could articulate how he thought I did under pressure. The experience was an absolute pleasure and I feel fortunate to have had a few moments to tap into their creative expertise and knowledge. Throughout it all, I felt MULTI-MEDIATED.

After I had a turn to be interviewed by Pisani, Berkowitz shared what we did right and what we might want to think about more. He also offered better ways for merging academic expertise with popular discourses used by modern media (in other words, they helped me to see how the work of literacy scholars and project directors is a story reporters need to hear). Personally, I worried about my Jim Carey tendencies in the interview, but was assured that some creativity is actually a bonus (I stayed tame for me, which I know some think is impossible).

The take-aways gained from yesterday morning’s professional development are tremendous, especially in regard to being passionate and holding command of the interview. First and foremost, I learned how important it is to question the reporter about what they are looking for  and to feel confident from the start that the knowledge we have is beneficial to others.

With 21st century deadlines constant and information ubiquitous, all of us who talk to the press need to be aware of specific techniques that advocate for the purposes we believe in. I found the advice similar to what exceptional writing instructors share with students: know the audience, be clear with what your intentions are, and prepare stories that give the best context for the text you are presenting.

“Today, everyone’s a journalist, even when they’re not” – Bob Berkowitz, commenting on the use of social media exploding the way news moves around the world.

Other advice I’m putting into the repertoire of work I do with the Connecticut Writing Project at Fairfield University is to recognize,

I especially appreciated the advice, “Content is King, but context is Queen.” In other words, similar to what is advocated for in EN 11 & 12, Texts and Contexts, all meaning transcends the moments words are written and spoken; they come to life when we consider the social, cultural, and historical implications from where they arrived.

Like most, I detest seeing myself in action (and usually recall Bette Midler’s character in Beaches after she watches a replay of one of her interviews….’don’t say it. don’t say it. oh, you just said it’). Even so, the chance to participate with Mr. Berkowitz and Pisani is an experience I’ll carry with me for many years to come. They invested decades of wisdom within a three-hour workshop.