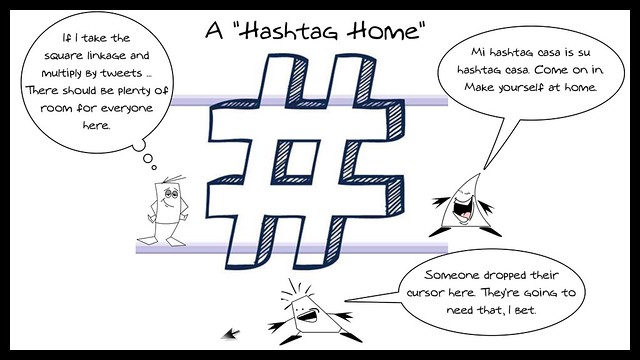 A funny thing happened on my way to the Rhizome sometimes last year … the hashtag got switched. Now, normally, this would not be a big issue. But I have come to realize more and more how much I rely on the columns of my Tweetdeck app (sorted by hashtags) as a place to keep connected to various projects. So, when someone switches a conversation from one hashtag (say, #rhizo16) to another (say, #resilience16), I suddenly feel disorientated. Lost. And I depend on the kindness of strangers. A few rhizo folks had made some initial tweets with both hashtags (which is quite generous because together, they take up a good portion of the 140 characters to begin with, you know?). In the end, in an ironic twist, neither took hold, and there was no Rhizo16. To be fair, it had nothing to do with hashtags, as far as I can tell. It’s happening again right now for me, with National Poetry Writing Month. Do I use the new hashtag #GloPoWriMo (for GLOBAL Poetry Writing Month? Or do I use the old one #NaPoWriMo?). I have been using the GloPoWriMo because I like the concept of the world as writers of poetry. But I often think, what’s going on with NaNoWriMo and who decided, let’s shift to something new? Still, the experience had me thinking of the concept of common hashtags in terms of the theme of resilience anyway because I know this is how I stay connected to an online course, or mooc, or activity, or movement, or whatever it was over time. I’ve just added a second column for Networked Narratives, as an example, as that class moves into another project phase with a new hashtag. All this shuffling and worrying about lost contact also reminds me of the importance of naming a hashtag at the start. Add a year designation and suddenly, the clock is ticking on its timelessness. Make the hashtag murky with lettering and it becomes a meaningless jumble of the alphabet. Make it too short or too common, and other problems crop up. I’ve noticed, for example, the #NWP hashtag (for National Writing Project) sometimes gets accidentally intruded upon by some music sharing tag. So suddenly, there will be a wave of posts that veer away from teaching and writing and into something completely different. It’s disorientating, in an intriguing way. Maybe we are the intruders on their hashtag, not the other way around, right? Or maybe the hashtag becomes an impromptu shared space. Then, there are the hashtags-within-hashtags, which can take on a life of their own. For example, within the #CLMOOC hashtag, there is a #SilentSunday hashtag. #CLMOOC represents the echoes of the Making Learning Connected MOOC while #SilentSunday is an activity of sharing an image with not context each Sunday (although, it too, is shared with other people doing other kinds of Silent Sunday-ing). It began as an activity in the CLMOOC but now has its own orbit, living on long after the CLMOOC summer ended. Interesting. 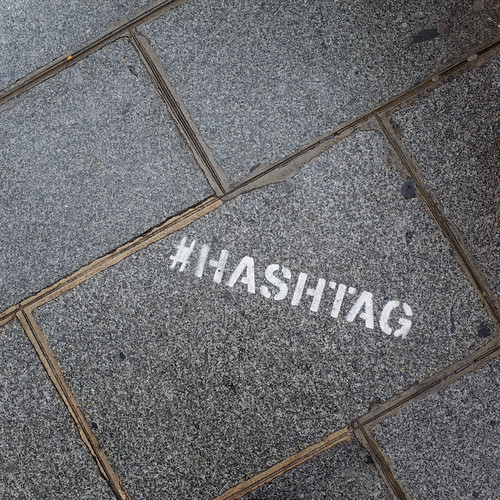 flickr photo shared by Théo La Photo under a Creative Commons ( BY-NC-SA ) license In Tweetdeck, I often struggle with the question: Do I delete this column with a particular hashtag? If I do, and activity suddenly kicks in, will I miss it all? Yes, probably. Maybe I’ll hear some activity around the edges of the hashtag. But once I delete it from my view, I am not likely to return it there. (So, if people from last year are still using #rhizo15, I have no idea what they are talking about.) A good example for me is the #ccourses (connected courses), which I sort of regret removing and may add back in. Although activity can be sparse at times, it often provides interesting resources. That’s what I call “Hashtag Regret.” Many of my hashtags have had a long, fruitful life in my Tweetdeck. I toggle around areas of interest. Reading across the top row, I see (other than my own timeline):

Given the whole history of the hashtag, and how it was never a planned structural element of Twitter, it is such an intriguing design element that plants roots and seeds, and connects people together in interesting ways. (Rhizomatic thinking, there) Of course, some people use fake/invented/momentary hashtags to make a joke or a point about something or to note sarcasm or take a political stance. #ImwithHer #techquity  The Trump Presidency has given rise to this witty art form, using hashtags as social commentary and political action. Trump, of course, invents his own. 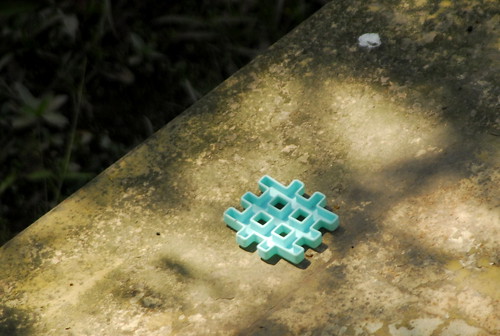 flickr photo shared by princessavampyra under a Creative Commons ( BY-NC-SA ) license And I had never thought too deeply until now about how hashtags are at the very core of our social interactions on Twitter, and now on other social networking platforms, too. Like “tags” in photos or blog posts, hashtags are connectors that make the Internet a social gathering space. Without hashtags, we might as well be yelling into deep space. With hashtags, we have the possibility to connect. #Peace (it’s tagged), Kevin