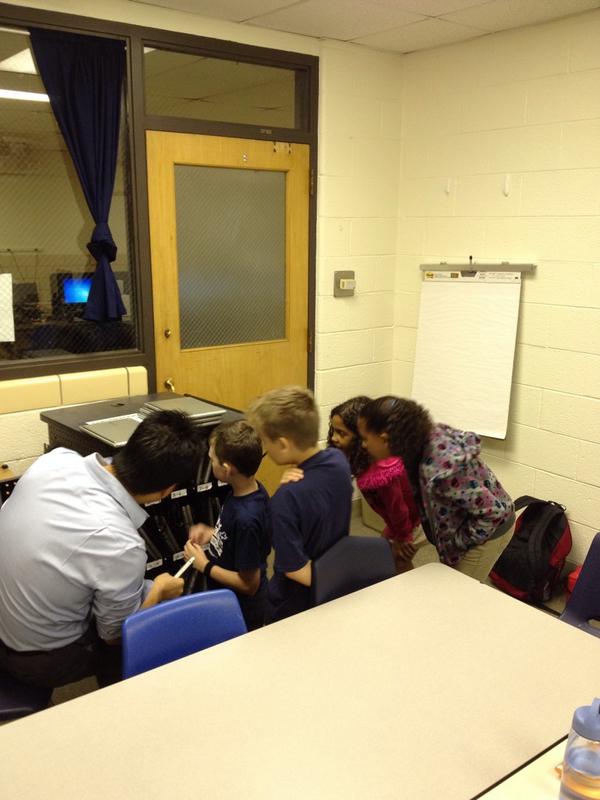 It is often the case that our students pick up on technology faster than we do.  They are also often more risk tolerant, more willing to tinker, less afraid they are going to break something and maybe less prone to a bruised ego ( as least as far as tech is concerned).

Last year, we began working with our first generation of student tech squad members as a means of both empowering the students themselves, but also the adults in the building.  At the beginning of the year, kids volunteered for the program which met twice a week, before and after school.   We brainstormed with the students to find things that they were interested in learning about, as well as common technical assistance needs that they saw around the building.  With our after school tech time program in full swing, we had lots of equipment we could deconstruct and explore and we tried to give students as much experience as possible with concrete problems.  Sometimes those problems were invented and sometimes they were real.  You have never seen satisfaction until you see the face of a third grader who fixes a teacher’s SMART board for her!  In the future, we plan to expand the ranks of Tech Squad, who are now comprised of approximately twelve third through fifth graders.  We are also discussing having open hours for parents and families to bring in home computers and peripherals for troubleshooting.

Tech squad students are busy solving real world problems that would have been solved by IT support staff and they are also deepening their passion for exploration.  Whether, updating Chromebooks, rewiring carts, troubleshooting a network connection or speeding up old laptops, our students were integral to the smooth operation of the building.  While they are learning real skills, they are also learning self confidence, patience and  to think systematically.  On the surface, it would seem that we are trying to create student “experts”, but really these opportunities lead the kids to become better learners that can serve as examples for other students and adults alike.  Tech Squad students know they don’t have to be “experts” as long as they are willing to tinker, be playful and continually wonder.