Our biggest classroom project became the Howdy Dewar News, Dewar Elementary School’s first daily news broadcast, which my students created and produced. I had been asked by my principal and media specialist the summer before if I would help the school move from intercom announcements to close-circuit television and knew I had found my golden ticket. What the students saw as simply a fun project that only our class got to do would give them a genuine setting for learning. Reading skills such as decoding and fluency were continuously practiced and improved as the students read from teleprompts while on camera.  They suddenly had a real reason to improve because not only could they see how they were doing on TV, but the entire school saw them too. During taping and then the next day while watching the broadcasts the students critiqued and praised each other saying things like, “You stumbled a bit there, maybe we should have practiced first”, “I like how you put expression into that!”, or even “Give us some attitude”.  Research and interview skills were learned through tasks as simple as finding the week’s weather forecasts online to creating news stories for the show. Problem solving, critical thinking, and teamwork came into play when planning the broadcasts and shots and even assembling the broadcasts on the video editing software. 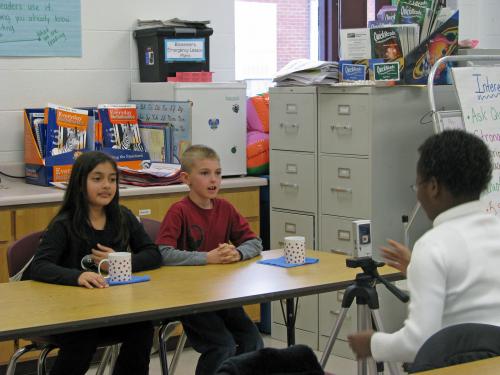 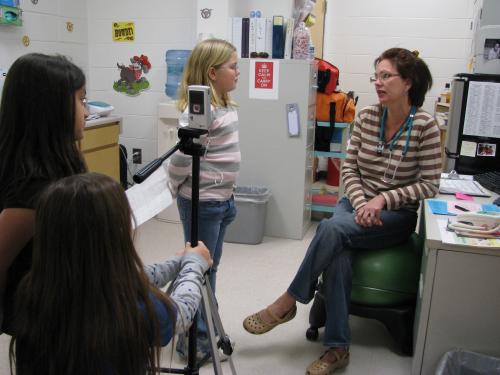 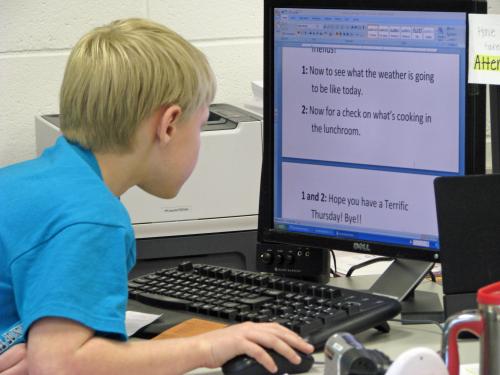 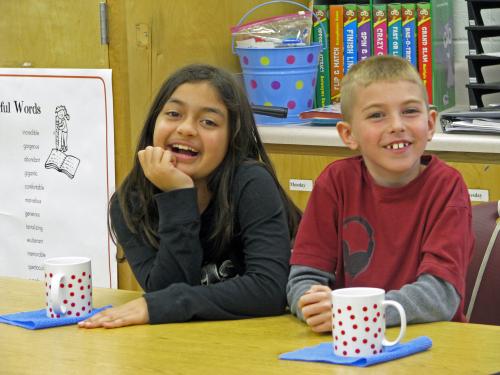 Another benefit I found through this project, and one I found as critical, is that the students found a solid place in the school. Feeling secure and confident in your environment is critical in learning as we know from Maslow and now no longer was school a place to fear for my students. A place where previously they felt failure now they felt like a celebrity. Everyone from Kindergarteners to faculty members came to know each of my students – in a good way. They were recognized in the hallway, given compliments, and the privilege of moving around the school independently in order to interview and tape for the broadcast. They were even given the honors of producing a special news broadcast that told about our school for our School Board and Superintendent and of sharing how they make the broadcast at a technology showcase at the local university, Valdosta State.  Simply finding them a positive place in the school, opened them up to all the other learning that needed to happen during the year. 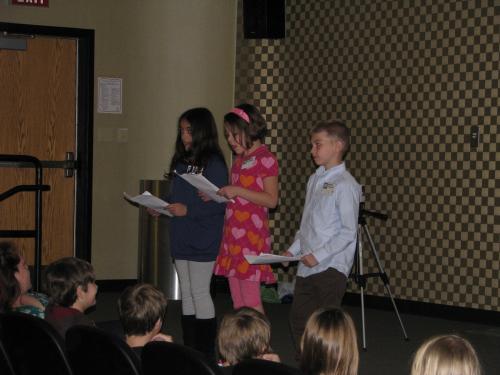 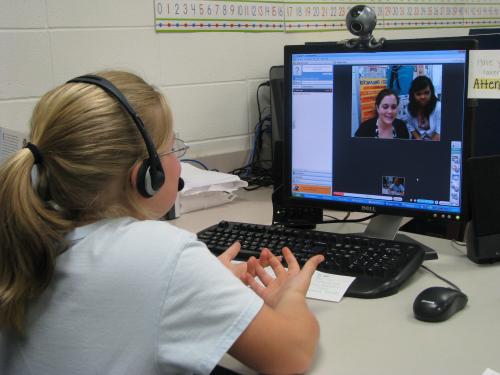 To be honest, making sure to find the time for the broadcast each day amidst the normal schedule that needed to be followed was a struggle, especially in the beginning of the year. The students did not yet have the technology skills, confidence, and speed they would later gain, and I was leading them with no journalism or film editing experience myself beyond the simple digital stories I had done in the past. We were all in the dark and made many mistakes (such as don’t make the broadcast to complicated in the beginning – start off simple!). In addition, I had to squeeze time in for the broadcast throughout the day and spent many nights compiling and editing the final film. If you entered my classroom you might see a group filming the anchors, another researching the weather on the computer, and yet others with their reading books, and me running everywhere in between. There was definitely a level of stress and many times I asked myself why in the world I took on this project.  Was I doing the right thing? There were even a couple (or maybe more than a couple) of moments where I had to step out and take deep breaths in the hallway. But as the year progressed, I found the students didn’t need me guiding them through the steps in the broadcast nearly as much anymore. I was able to work with a student or a small group while the broadcast was being produced around me. That day when that finally happened and I sat back and watched the buzz around me, I wore a cheesy grin of pride the whole day.

The second year-long project we took on went with the Howdy Dewar News. It was a mentorship with a group of students also broadcasting for their school, the Lowndes High School Journalism class. Each of my students was paired with a couple of high school mentors that worked with them on writing and creating news stories. Throughout the year, the groups met in person, wrote back and forth on their group page on our Wiki, and held video conferences through Skype. The students were seeing how their role models used writing and framed out stories and became excited to do the same, an excitement that could never have been inspired by me, simply their teacher in their eyes who has to make them write. Less formally, they also now had a reason and a want to use writing through our Wiki so that they could see what had been written to them and to ‘text’ their friends back. Without them realizing it, they were essentially asking ME to write rather than the other way around.

Learning to Sound One’s Barbaric Yawp!
This collection considers the tension associated with helping students find their voices as communicators and make their messa...
by Katherine Frank