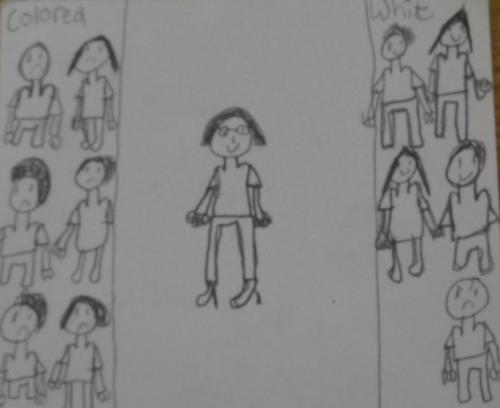 As a nation, we were on the verge of electing our first African American president. Surely I could weave themes of acceptance and celebrations of diversity into the curriculum. I had to turn “no time to waste” into no reading text or writing topic to waste. Our studies of text features or summarization would happen around texts that gave justice to discussions of struggles for equality and change. Days of Martin Luther King, Jr. and the Presidential Inauguration would come just as our unit on discrimination in the history and present of the United States would begin to scream for action.

Now that I reflect, I can hear a theme of screams that was threaded throughout this undertaking. We heard squeals of laughter when we first began to use the word ‘sexism’ to describe the scenario that Melanie later portrayed in an iMovie. We learned to shush shouts and actions of racism, without calling the culprit, as a whole person, a racist. As we delved deeper into uncomfortable topics that have plagued our past, and continue to eat away at freedom in our nation, it became okay to interject, “That has happened to me!” or even (more quietly), “I am guilty, too.”

While “white only” signs and segregation were easy for us to point a finger at in hindsight, we needed to take a closer look at some of the more subtle micro-aggressions that are not as simply identified today. Through in-depth study, we could see how these acts of discrimination are intricately woven into our society. How could we share knowledge of some of the roots of today’s problems and also call an audience to action to help us to move into a more equal future? Could we motivate the masses, as had the leaders of yesterday and today? 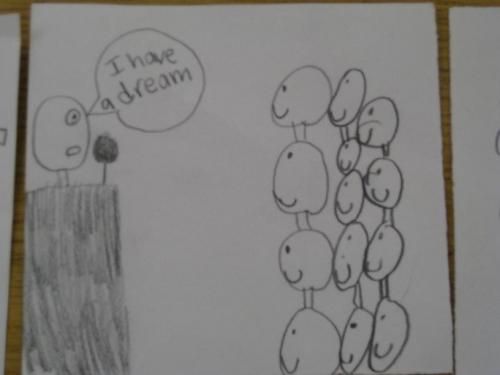 Below I have attached lists of the texts that I used to integrate this study into our Language Arts curriculum. The annotated bibliography includes descriptions of books that touch on issues of social justice that we read at the beginning of the year as we worked to build community as a class.

Open Texts addressing discrimination in the past and present of the United States.doc Open Annotated Bibliography of social justice texts.doc