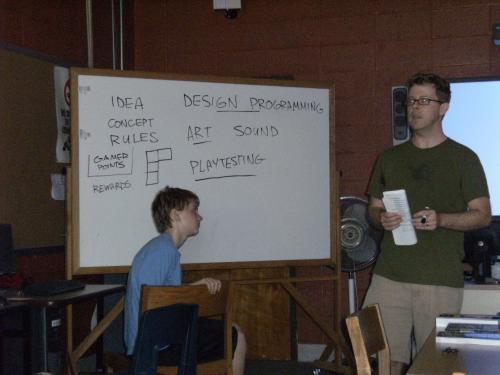 Bryant Paul Johnson is an amazing artist, webcomic creator and graphic novelist, and he has also done work in the video game industry. He came in to our camp to talk to our young gamers about the process of game design, although the conversation at one point turned to “modding” games, the role of the player in the modern age of gaming, and the use of cheat codes. It was pretty fascinating to hear the kids talk about things they have discovered — either by chance or by design of the programmers — and Bryant did a wonderful job of guiding the discussion. The group was more animated about these topics than anything else we have talked about.

The various elements of the design process that Bryant discussed included: