In October, kids were able to decide on their topic a lot easier with the use of the chart we created on a daily basis. 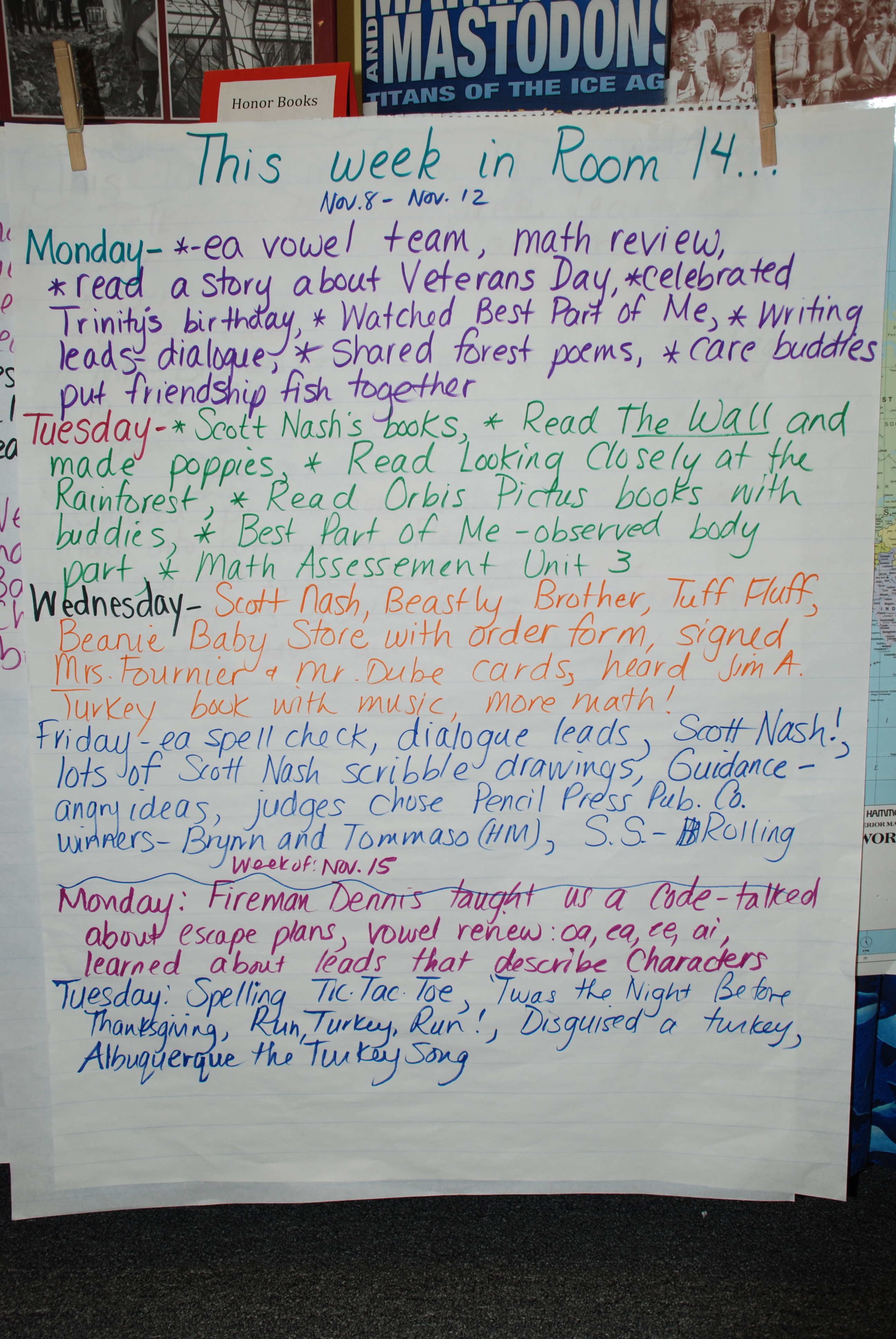 I had them turn and talk and tell a friend what they were going to write about. Some asked if they could write about something that wasn’t on the chart. Franc was one of them. That month, they wrote their learning on a large sticky note. I asked them to write their thought and told them they could elaborate on it while composing on the computer and later in the day, they took their sticky notes to the computer lab. 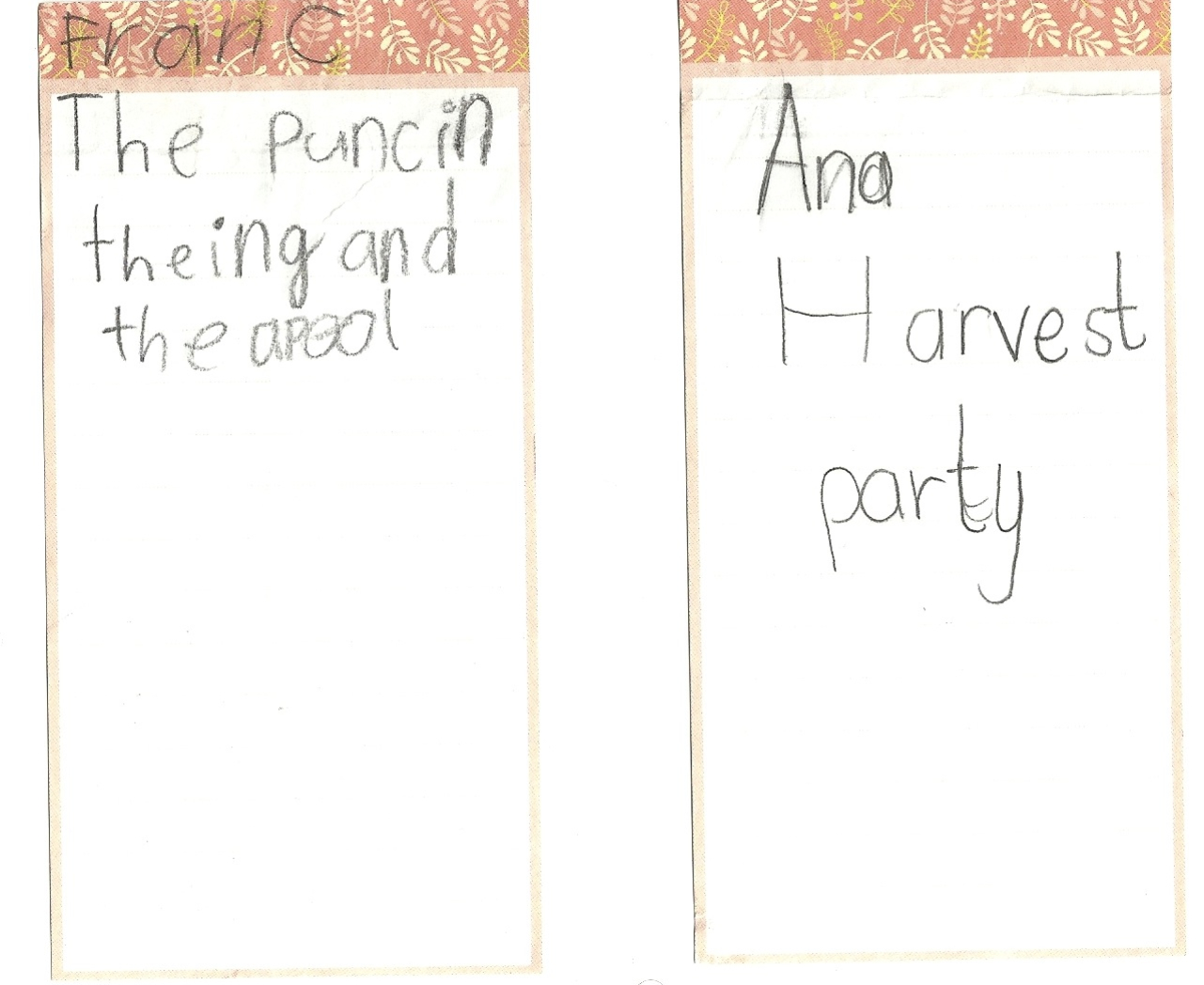 Franc wrote: The pencil thing and the apple.

The computers all worked at once since the servers were upgraded that day. Because they get weekly practice in the computer lab, they were all able to log on quickly and get right to work. Most were able to complete their timeline typing, except for a few students who wrote so much, they were not able to finish. They were quite excited to know they could finish it the next day in the classroom during writer’s workshop.

Franc’s October Timeline Writing: October was such a busy month and I learned so much. Did you know I got an apple and I got a pencil for tying Cameron’s shoe and his shoes are cool because they are blue?

Ana’s October Timeline Writing: October was such a busy month and I learned so much. Did you know that we had a harvest party? The food was great! We made yarn pumpkins and apples. We also made fall bookmarks.

I wasn’t sure what the kids would produce based on their sticky note thought, but I was quite pleased with what they all wrote. Most wrote a topic sentence with at least one detail. What I learned that month was, due to practice, students were able to log on and open up the program quickly. They were getting quicker at typing and beginning to know where many of letters were on the keyboard. I also learned I’d need to do some lessons with punctuation and creating capital letters as many were asking how to do it.

The kids were very motivated to do this work, even though they were not seeing the whole picture yet. I didn’t have a sample to share with them and wondered if I should have made one to share with them when I introduced the project. Something else exciting occurred in the classroom that surprised me as I didn’t really think they thought of their timeline other than when they worked on it. They actually thought about the timeline during work times! It was not uncommon to hear whispers around the room of, “I’m so writing about this for my timeline this month.” That was exciting for me to hear second grade students planning their writing for the future.