Language and Power Video.mov (Click on this link for a second movie example)

The Process- “My Homeland” Project

This is an outlined process and sample student production from a project called “My Homeland” that DFS teaching artist Isaac Miller and I designed for our third unit, “Resist”. At this point in the year, we wanted students to have the repertoire of skills necessary to create more complex media pieces, while also recognizing that our 11th graders needed additional practice to become comfortable communicating, problem-solving, and collaborating as a group. We saw these as important tasks that were often times overlooked in classrooms, and wanted to be intentional about directly infusing them into instruction. Additionally, we thought it was necessary to develop a project that would be in conversation with our anchor text Things Fall Apart by Chinua Achebe, which we would be using to explore themes like alienation, resistance against culture change, notions of success and failure, and the debilitating nature of fear. We believed that all of these could be discussed within the context of our neighborhood and “homeland” experiences, and thus the creation of media pieces helped solidify understanding of classroom content in ways that were meaningful and directly applicable to our everyday lives.

Furthermore, we wanted to collaborate with Isaac’s friend who was a Fulbright Scholar teaching High School English in the South Korean city of Jeonju, believing that a media exchange could be a powerful way for students to make more personal connections to the impacts of globalization and its reach into our everyday lives.  Assigning students in both places to create poems and media pieces that captured their “homelands”, we were able to frame generative conversations about many pertinent topics, including the connections between the shrinking of Detroit and the Urbanization of the Global South. It was a fully visceral experience for us; we were able to see, hear, feel, and imagine each other’s stories from miles away, connecting to both the pain and possibility that were present in each of our collective narratives.

While students in Detroit made small movies, students in Jeonju approached the assignment differently, as they did not have access to the same tools we had. They instead took individual pictures with their cell phones that represented a prominent concept in their community or everyday life, and then used a phone application to sketch an image over the picture that would communicate a dream or hope they had in relation to that concept. Below are two of these images, which I encourage you to interrogate and interpret for yourself. Following the images, I share two poems that came from the project, one from Detroit, and one from Jeonju. 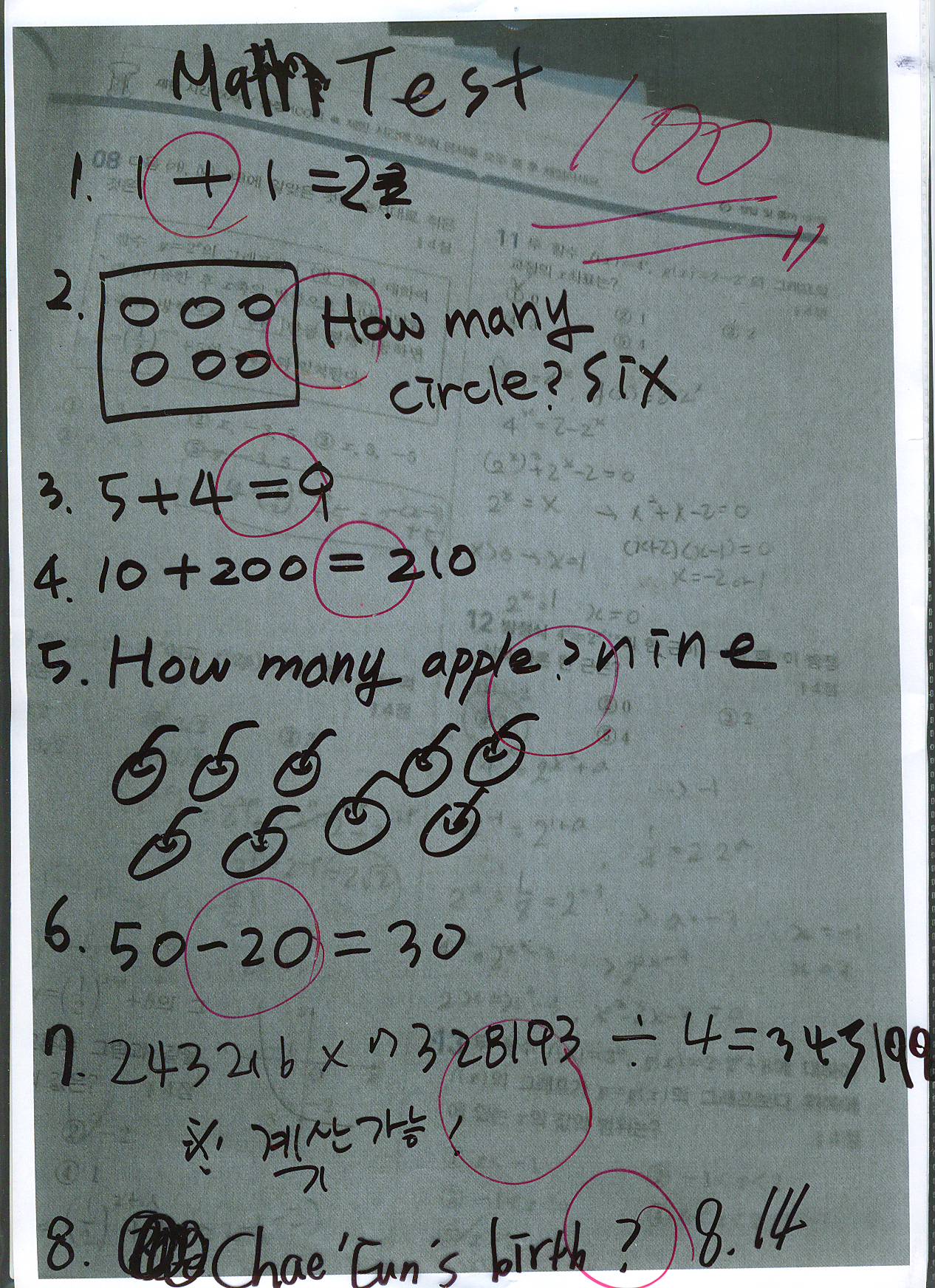 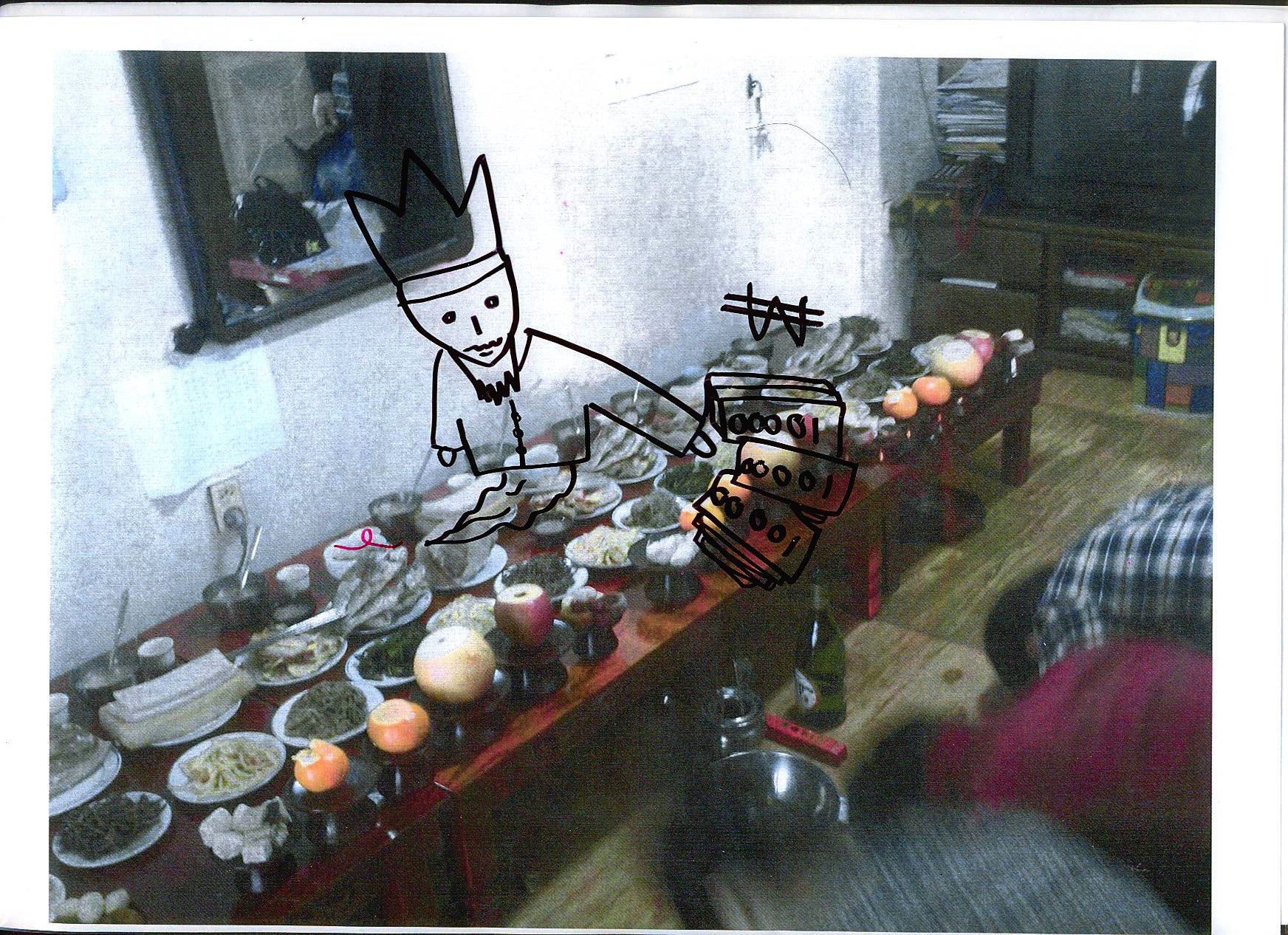 Trees and forests spread out in the mountains like wildfire, but a green one

Spiced foods usually show up on peoples’ tables, loved by those who eat it

So many games can be seen on the internet, so diverse, that it’s part of peoples’ culture

But people could be seen honking in their stuck cars, caring only about money

So sad to see

So angry to see

People throw chairs, swing axes and hammers to break down blocked doors in the place where we talk and decide about politics

So hilarious if you think they are politicians

You can see fierce arguing on the internet, not so sad but actually hilarious

But then again, people tend to care for the elderly, giving up their own seats

And I just love to stroll on very cloudy mornings, it’s like having never-melting ice in the desert”

ugly and beautiful all at the same time.

With people who have no choice on where

they live, and people who love where

multi-cultural, even if it doesn’t seem

Burnt down houses and skyscrapers

that reach for the sky.

With a corner store on every single

street, and some of the best restaurants

gangsters and people that want the

Best for themselves and their children.

Kids dropping out of high school,

My homeland is Detroit,