For January, I first had students sit with a partner and talk about their plan for their timeline writing. For that month, I told them I would not provide a sentence starter and they would have to be sure to communicate to their audience they were writing about January. After they discussed their plan with their partner, they wrote in their writer’s notebooks. When they were finished they conferenced with their partner to praise what they heard and ask questions. Based on the questions, they each went back and revised.

Over half the students wrote about penguins, as they had been working diligently to adopt a penguin species. They had been keeping an adoption journal where they researched what their species would need in order to survive so they could learn how to take care of it. They were very motivated with the penguin writing as when they learned all they could, their penguin (a plaster penguin I made and painted for each student) would come to live with them. In January, both Ana and Franc chose to write about their penguin. 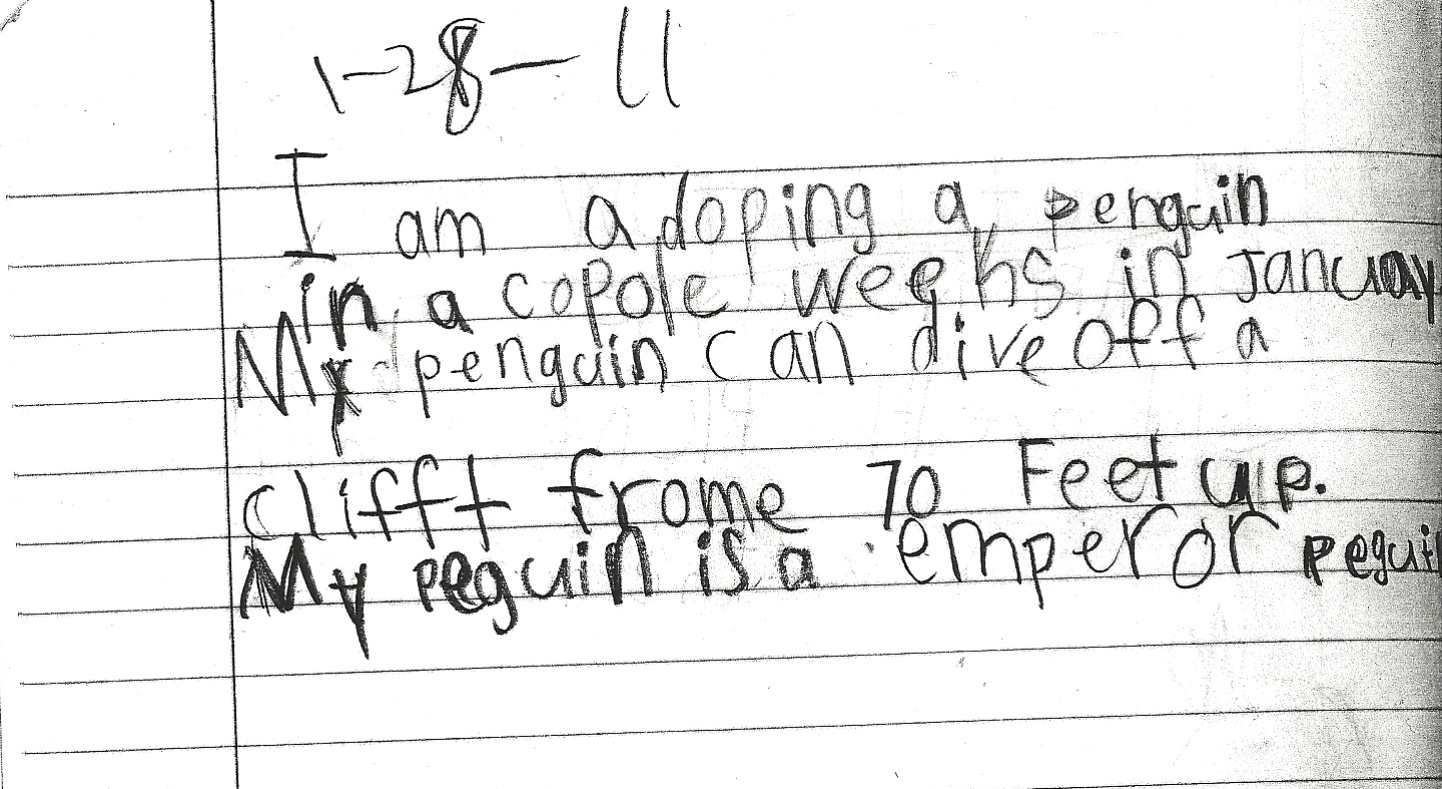 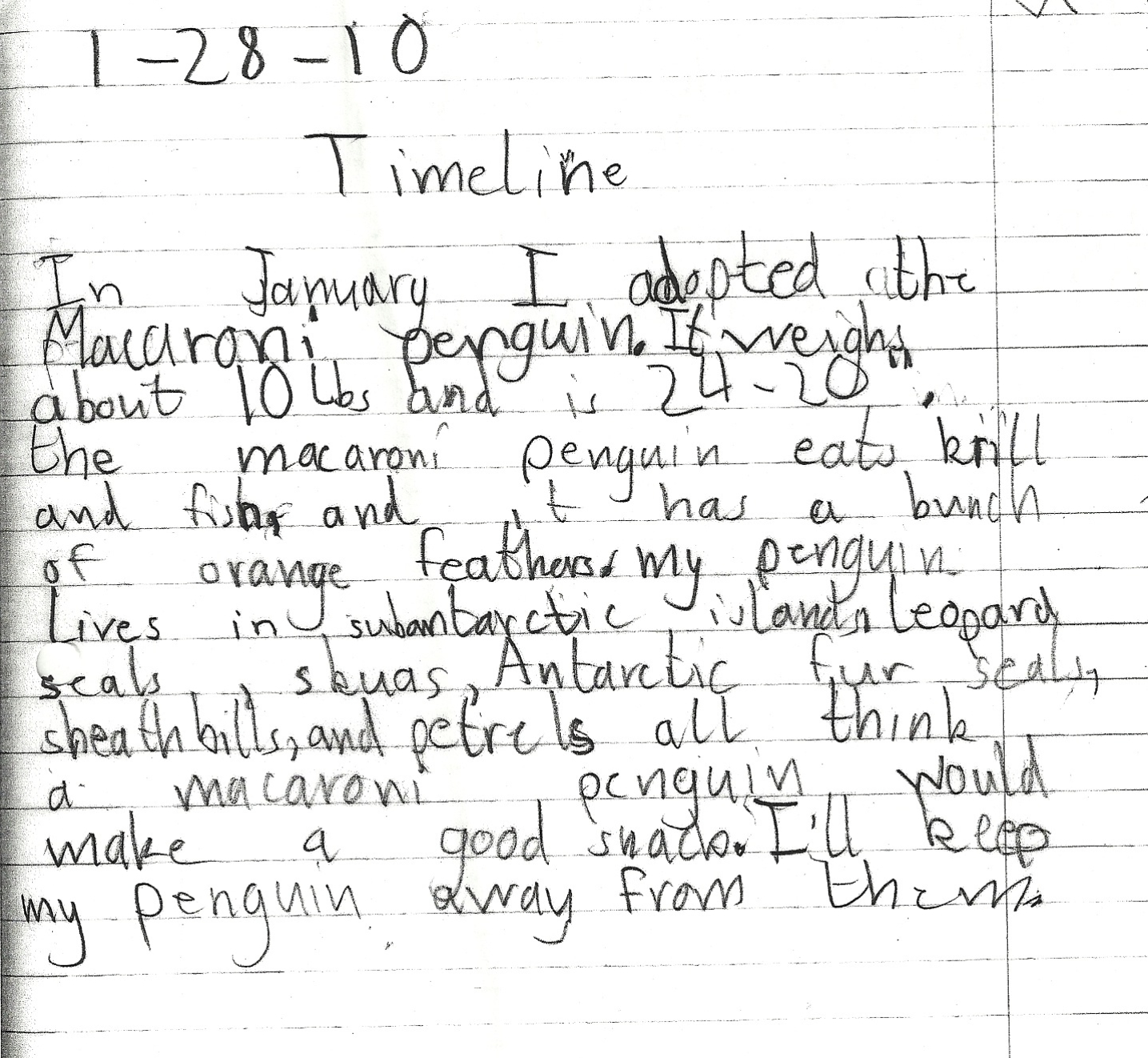 On her timeline, Ana wrote the same thing she had in her journal: In January I adopted the Macaroni Penguin. It weighs about 10 lbs and is 20-24in. The Macaroni penguin eats krill and fish and it has a bunch of orange feathers. My penguin lives on subantarctic islands. Leopard seals, skuas, fur seals, sheathbills, and petrels all think a macaroni penguin would make a good snack. I’ll keep my penguin away from them!