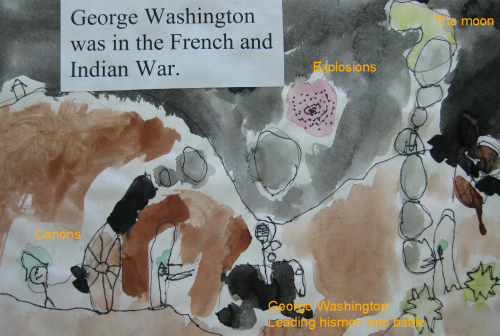 George Washington didn’t go across the Delaware during the French and Indian War, but I am still amazed at Alan’s memory four years later. Primary students usually recollect and can describe orally a lot more information than their writing skills let them express. Utilizing art and oral discussion allows them to really tap into their knowledge and challenge themselves. They discover that learning can be a journey, and that digging deeper into the next level is a lot of fun.

This year I will take this lesson one step further by scanning the pictures and creating a Lulu book for each child to take home at Open House.

Springing in to DI: Images

It’s all about first impressions of images this morning as I race to catch u...
by Katherine Frank

Springing in to DI: Images

It’s all about first impressions of images this morning as I race to catch u...
by Katherine Frank
See All Posts
Collection