In the lab in February, I tried something new and wished I had done it sooner. I invited our fourth grade care buddies (Carebuddies meet biweekly, usually to read together) to the computer lab and modeled what I wanted them to accomplish. Because their fourth grade teacher, Sara Kreutz, had been working on peer conferencing, I knew they had the language needed to help their buddy. We stressed the importance of revision-not editing as it would be tempting to correct second graders spelling! My students were able open up any template they were interested in revising. Then they read their work to their fourth grade buddy. Their buddy would praise their work, then ask them a question about it. The second graders then told their buddy what they would add. I was impressed with what they were all able to accomplish and in the end, the fourth graders said, “That was fun.” And now they want to share their writing with us. Mrs. Kreutz and I plan to have them do some buddy revision with their writing workshop folders and notebooks. This process was really amazing. All students were on task and really listening to each other. The fourth grade students asked great questions to elicit more writing and the second graders were more than willing to add it to their existing text. While working with Franc’s group, Franc’s buddy asked him what happened when he stepped on the puffball. Franc said, “Oh, smoke came flying out of it.” His buddy said, “You could write that!” And he did, kind of! 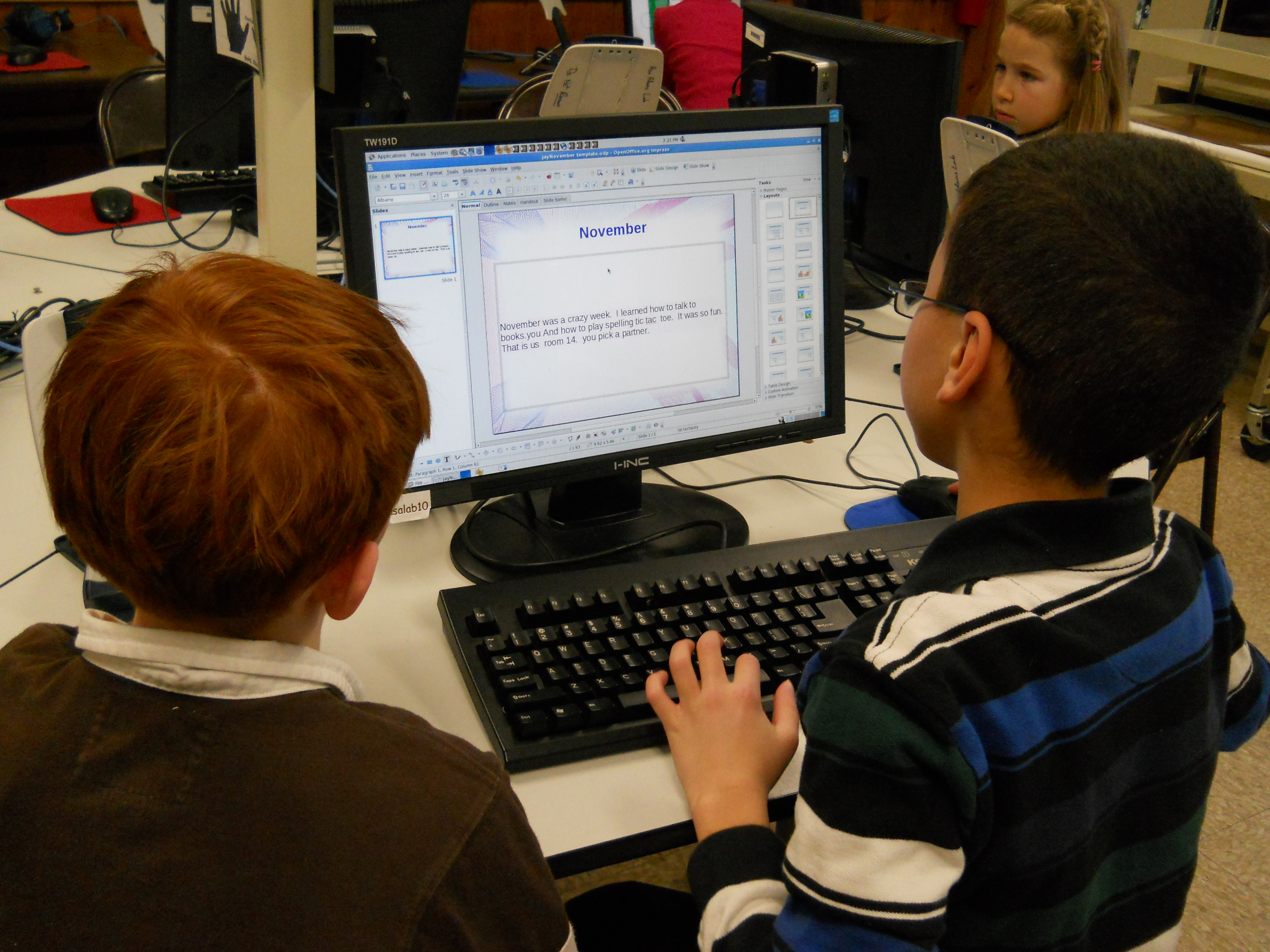 Ana chose to revise her October timeline. Her initial writing said: October was such a busy month and I learned so much. Did you know we had a harvest party? The food was great! We made yarn pumpkins and apples. We also made fall book marks. She added: We made them with glue and paper.