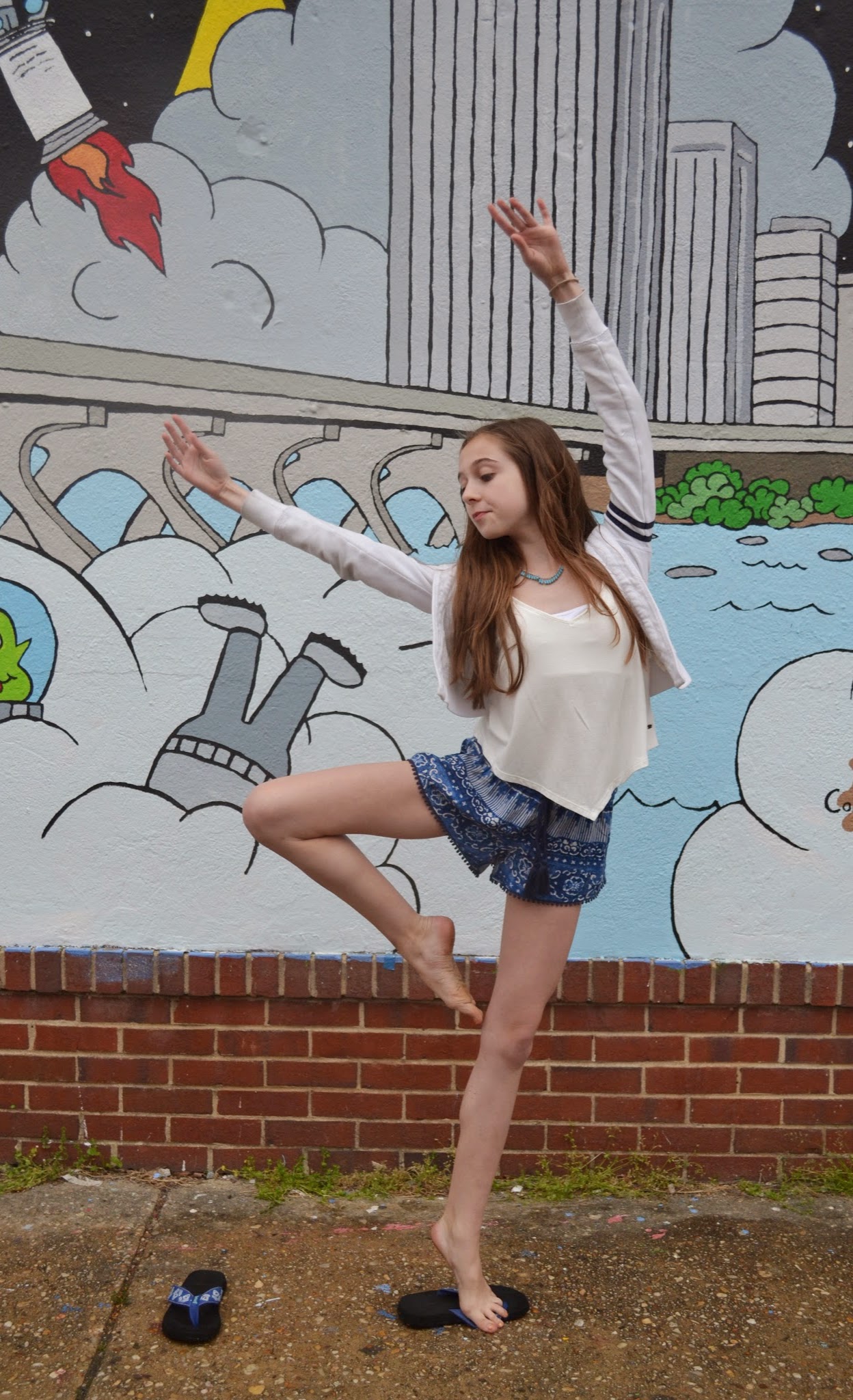 “What I love about this one is that there’s the ballerina doing a ballet pose in front of the normal city, with houses and cars,” writes Lilac, blogging about a photograph of a project where she staged pictures of her friends doing ballet poses around the city. “I don’t know why I like this, I just really do. I think maybe I like simple or normal, like the people doing normal things, the normal city in the background, because they really bring out the ‘abnormal’ ballerina!” Lilac’s work in this project is remarkable – not just for the skills and work of the photographer and dancers, but for how each shows a young person in the city transforming the landscape around them. Familiar locations to Richmonders – a museum, a park, a prominent wall mural – are reclaimed and reshaped by a young person’s vision. 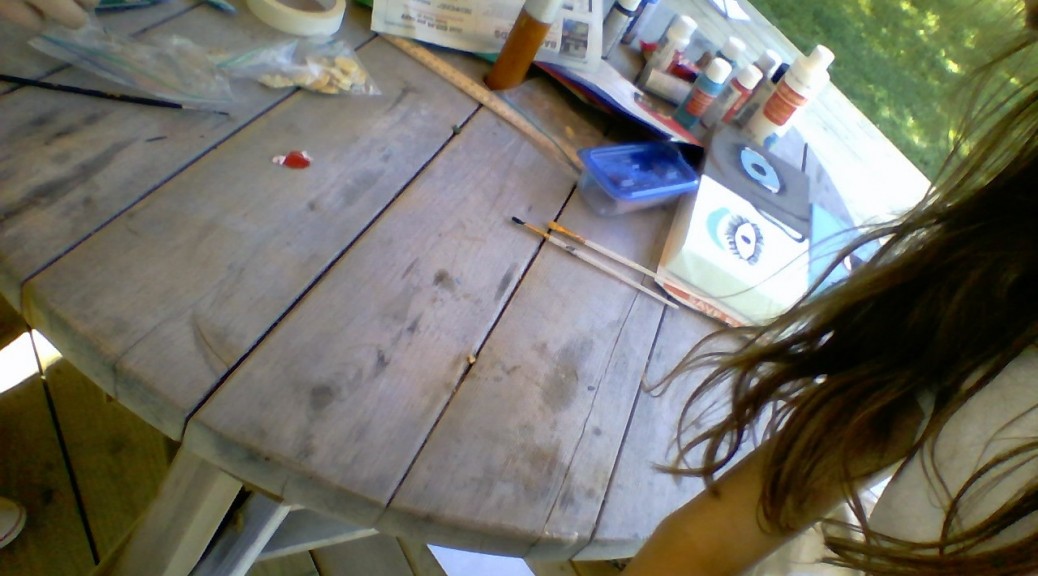 Expressionists are students who use Exploratory to project their own visions and concerns onto the world around them – through art, through performance, through actions. They can be very exacting – much of Lilac’s blog is devoted to her careful, close cropping and adjusting of each photograph using an editing program to get it exactly how she wants it. But there is also a need to be a little rebellious, to interrupt business-as-usual with a project: part of the fun of the project for Lilac was the wondering stares of onlookers and getting harangued by security guards for climbing up onto a fountain. 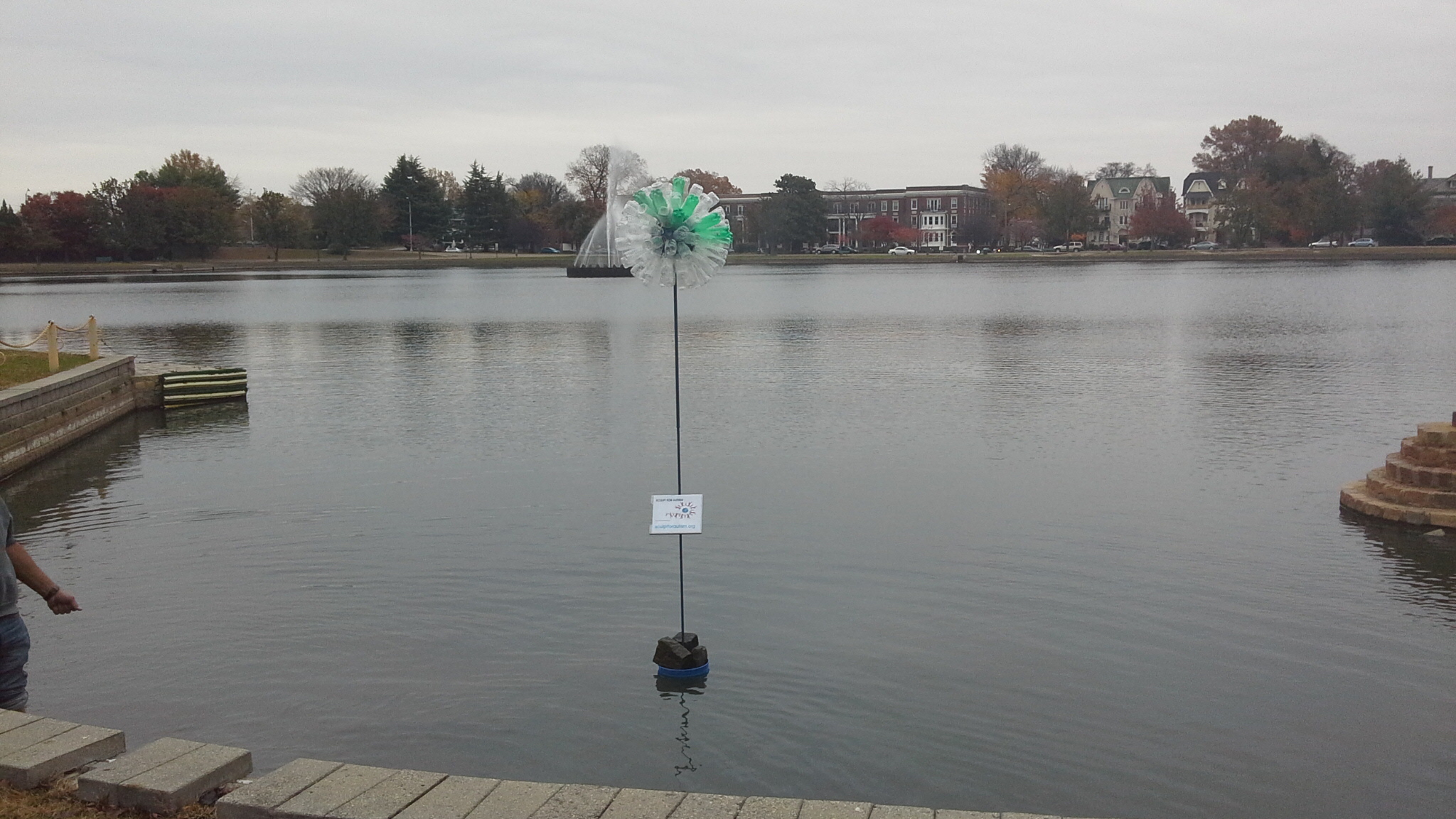 Kate, another expressionist, was excited by the concept of a “meme,” an idea that rapidly spreads and evolves through a society – most often aided, of course, by the internet. She designed two projects that tried to spread “memes” by making connections between both public and virtual realms. Her first attempt was to create a large, geometric sculpture out of bottles and place it in a prominent location in the city. She wanted this sculpture to direct passers-by to a website that she created to promote awareness of autism disorders. There were a lot of steps, and each proved to be a formidable challenge.

Kate is a very ambitious young person, so it wasn’t enough to use a blogspace – she wanted to build a website using HTML code. When she realized this was going to bog down her project, she then moved onto the next task: the sculpture. Crafting posed all sorts of difficulties, and again, she needed to get it just right. Then came the biggest difficulty: city bureaucracy. She worked with me closely on drafting and editing a professional letter to various parks and recreation officials to get approval for her sculpture. She was crawling up the walls at how long it took to respond. We did a second round of impromptu writing tutorials on how to create a “gentle follow-up” e-mail. Finally, she got a response: she had a meeting. This was maybe the biggest challenge of all: Kate is comfortable talking with adults, but she tends to get flustered and fast-paced when she gets nervous. Knowing this about herself, she practiced her delivery and poise and pulled off the meeting perfectly. At the end of the trimester, she triumphantly placed her sculpture with her father in a local park, filming her triumph. 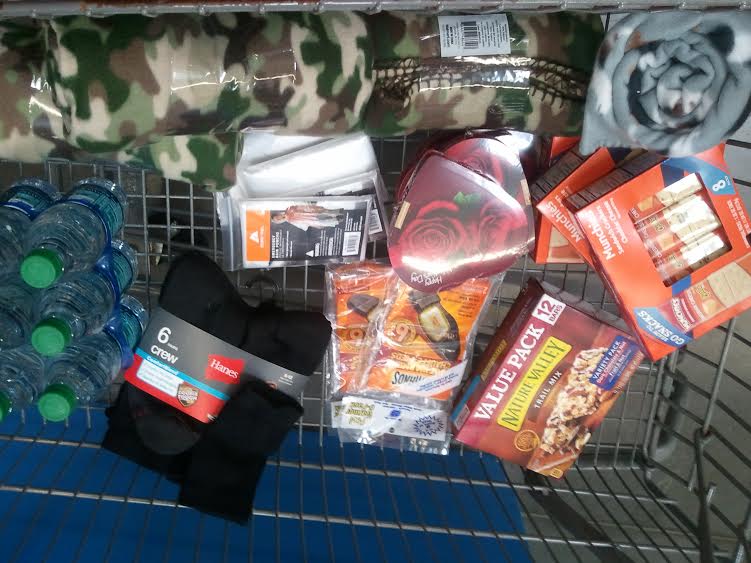 But at the end of the project, after all this effort, Kate was left wondering whether or not she achieved her initial goal of spreading an idea through public art and messaging. Clearly, she wasn’t satisfied – and her next project reworked the idea. This time, she had the idea of spreading “random acts of kindness” through strategically delivered messages. On the “pay it forward” model, she reasoned, inspiring one person to do one good act would spread to others. She went about her work around the city, putting together care packages, delivering donuts, placing notes on cars, and writing messages on balloons.

Art projects, of course, appeal to expressionists. Emma is a student who came to the school in sixth-grade and wasn’t used to doing open-ended project work. It was clear from her initial projects that she had the idea of a “research project” firmly implanted in her mind and was nervous about trying anything messier. A collaborative art project with a friend, however, seemed to give her boost and direction, and she decided to create stop-motion videos using clay characters. Working diligently each week, her final video was a huge success when she presented it to the school. This encouraged her to take the next step: using a program to create sound and dialogue for stop-motion and animation works. This was a good example of a student taking on a formidable challenge: learning a complex, professional-grade software program all on her own. But even more interesting is how much she captures about her world in her final video – a recreation of a nonsensical recording she made overhearing her two little sisters fighting. Emma tends to be one of the quietest, most inward-dwelling students in the classroom – attentive, observant, sharp, and interesting in her writing, but reluctant to jump into group conversations, inside and outside of class. So when her final video was a big hit across the middle school – students all crowding around a computer, laughing and admiring her work, watching it over and over again – it was a big achievement for sharing her own sensibility with the world. 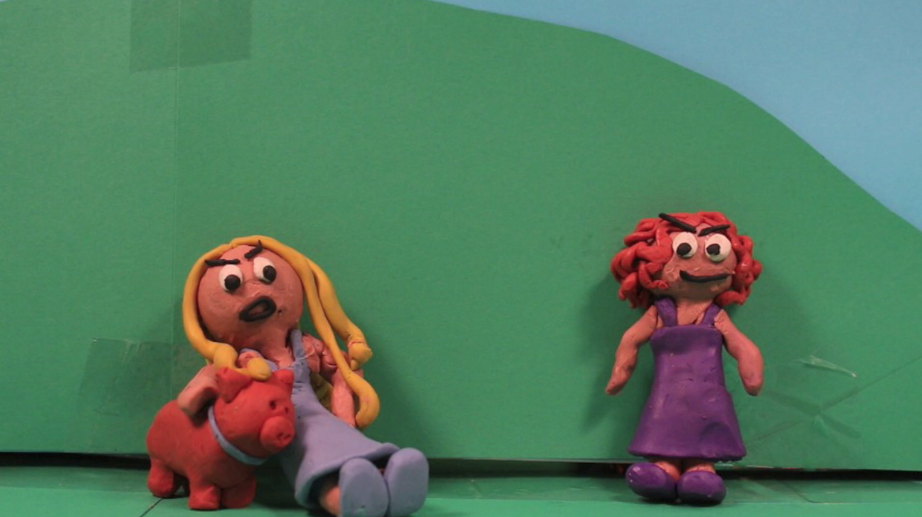 Another important way that students use Exploratory is to express their sense of humor. Jokes, laughter, and acting up tend to be carefully contained in the classroom – fine for an occasional break in the proceedings, but discouraged as the general tone and almost never the central focus. A student can toss in a bit of comedy here and there in their work, but they don’t get the chance to actually work on being funny. Unsurprisingly, students who create projects that express their comic sense of the world are drawn to the kind of short, wild sketches and editing styles that young people are the leaders of on sites like YouTube and Vine. Iris is a sixth-grader with seemingly infinite reserves of energy and wackiness and a deep love of play and fun. We were surprised, then, when she proposed to do a series of videos dealing with the upsetting topic of “stranger danger.” But even though she tried to attach these videos to serious warning messages, when she got together her cast of friends, they ended up more like wacky, over-the-top parodies of outdated PSAs. Rather than treating a serious issue lightly, they seem to be a way of “fighting back” at a scary world with silliness and absurdity. 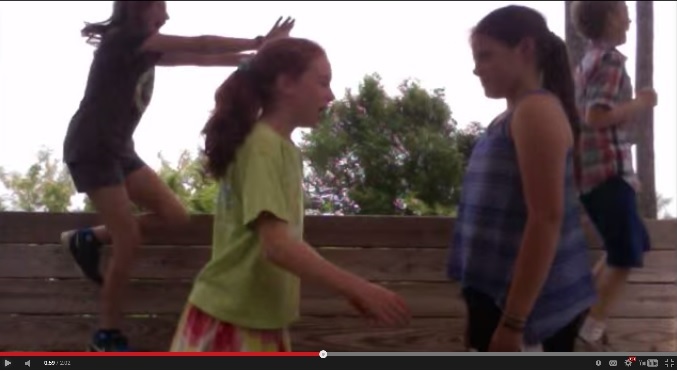 Whereas investigators tend to use digital media as a means of sharing a project as it unfolds, expressionists are more interested in using digital tools to create a particular vision of their world and show it off for others. It also proves to be a powerful motivator to acquire new skills and capabilities and understandings – each of the students profiled here came out of their project having learned a piece of software or developed a coding skill or even mastered a digital basic, not as the central goal of their project – each would have likely balked at doing a “tech” project – but as a means to the end of creating and expressing themselves.