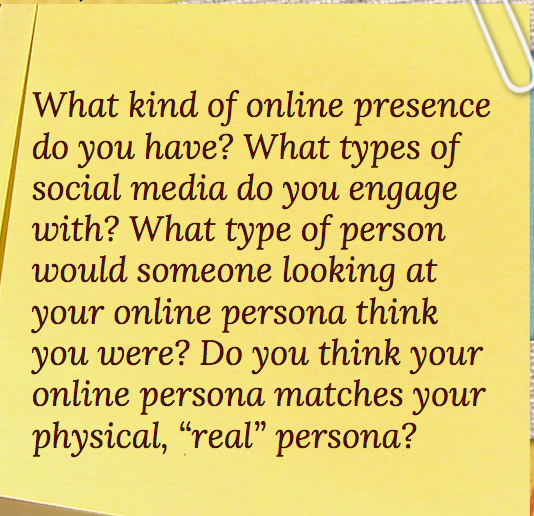 Writing in the Cloud: Claiming Digital Space for My Students

In 2014, I was accepted as a fellow at the Connecticut Writing Project – Fairfield Invitational Summer Institute. At the institute, we were challenged to design a project that explored digital literacy. I teamed up with Paula Fortuna, a teacher at the Center for Global Studies, a magnet school in the neighboring Norwalk Public School district. We were both interested in inviting our students to publish their opinions and ideas in a public forum. While Paula’s students used personal blogs to write about topics that interested them, my students published work on a class blog that showcased the different genres of writing they were using throughout the year. The project originated with a concern about the haphazard and sometimes careless ways my students were engaging with social media applications and online forums, and I wanted to emphasize the importance of respectful and positive digital engagement.

I began by asking students to think about how they presented themselves in online communities. I asked them to respond to the following questions:

I was surprised by their answers. Based on the information I was receiving from our school community, I was worried that my students were leaving negative footprints online–that the spaces they were carving out for themselves on platforms such as Facebook, Instagram, and other social media were misrepresentations of who they really were. What I discovered was that students were largely invisible online. They spent more time engaging with social media apps such as YikYak, a defunct app that allowed users to comment anonymously, and SnapChat, an app focused on “living in the moment,” where users send and receive “self-destructing” photos and videos. Many of my students didn’t use Facebook at all or rarely, and their Instagrams were more often “Finstas”–fake instagrams that only their closest circle of friends could see. Rather than carving out spaces of their own, students were hiding behind anonymous and fabricated online presences, afraid to let the world see them for who they really were.

I hadn’t anticipated this, though in retrospect perhaps I should have known better. Teenagers, though they have many opinions, are largely afraid to share them for fear of ridicule, judgment, or simply standing out from the crowd. Especially in the affluent suburb where I teach, students just want to blend in with their peers. Sharing unpopular opinions or out-of-the-ordinary interests was anathema to “blending in.” My students had been trained by their peers as well as their teachers (inadvertently) to give safe rather than real answers to questions.

So, although I had hoped to use digital publishing as a tool for helping students create a digital footprint they could be proud of, I realized I first had to sell students on the value of creating a genuine digital persona in the first place.  I shared snippets of my personal Facebook account with students, discussed the personal blogs I kept, talked about how I used Twitter for both personal and professional marketing, and explained why I had a teaching website, how I imagined it as a resource for students and teachers, and what I hoped to use it for in the future. We talked about how employers were interested in researching potential employees online before hiring them, and the pitfalls of posting hazardous images and opinions that the public might find.

I had originally imagined that my students would create their own blogs, post self-selected or teacher-encouraged samples of their work, reflect on where they were throughout the year, and otherwise create a time capsule of their thinking and writing as 10th graders. The ideal outcome of our writing online would include reading and responding to each other’s blogs, hyperlinking to blogs of interest in our classroom, from my other 10th grade class, from Paula’s 9th grade class in the neighboring town, and from blogs of interest on the web. I thought it was important to teach my students the power of positive criticism and the importance of negative or insensitive commentary.

I hadn’t expected it to be so hard to get my students up and running. Because my students seemed so adept at using technology, I thought setting up their blogs would be much less time consuming than it actually was. When the first marking period was wrapping up and my students had barely come up with names for their blogs, much less settled on a design template or published their first post, I started worrying that using the platform was going to be too time consuming for us to actually get any writing done. Somewhat discouraged, I abandoned my original goal.

It was at this point that I introduced the idea of a class blog where students would publish their writing throughout the year. More groans, much to my chagrin. I had thought a class blog would give students a better reason to write than “for a grade.” After all, weren’t “real” publishing experiences better than writing in a vacuum? I also wanted to provide a tangible place for students to think about the different modes of writing we would be doing throughout the year. We talked about the differences between creative, personal, analytical, and editorial writing. I asked the class to brainstorm different possibilities for responding to literature in each of the modes. Finally, I began to make headway. As I encouraged my students to think back through their elementary and middle school writing experiences, we began to make lists of the different kinds of essays and projects they had done in English class.

Having generated an extensive but by no means exhaustive list of possible writing opportunities, I asked my students to brainstorm title pages for each section of the blog, as well as a name for themselves. Now, finally, they could claim a piece of the digital pie. How did they want to present themselves to the world? Who were they, as a community of 10th grade writers? Perhaps I should back up a bit to mention that the thematic focus for our 10th grade English course is “the individual’s role in a community.” We had spent the first few weeks of the school year exploring what it meant to be part of a community, what different communities they belonged to, and how their roles might change based on the community they were engaging with. So now, thinking of themselves as part of an online community of writers (through the class blog), how did they want to present themselves?

This was some of the first real fun we had together that year. My students brainstormed names, voted on the best ones, and eventually created not only titles for the blogs, but for the sections of the blog that would showcase the different modes of writing. They forgot about their reluctance to share their work with anyone but me for a few days and got lost in the possibilities for carving out some space for themselves.

The first year using a class blog was our most productive. Each quarter, the blog had a different publishing focus and a different group of editors. At first, editors selected work they thought should be published on the blog. Then, students collaborated as a whole class to determine what each could write to contribute to a hypertext story. Finally, after generating a wide variety of poetry and poetry explications, students worked in peer response groups to revise, edit, and re-imagine their work before publishing it.

Although the project had its headaches throughout the year, ultimately it felt like a worthwhile experiment. My students had learned the difference between a manuscript and a published piece of work. They had considered how print media could be transformed into digital media. They had collaborated on real-world tasks that required creativity, technical skill, focus, and follow-through. And by doing so, they had created a little bit of real estate for themselves in the vast property available on the world wide web.

I have been teaching high school English for more than 14 years. In all of this time, I have not been able to teach my students the importance of using the four-line MLA header for their work. I have tried teaching them to set up a template in Word, now Google Docs, that they use for starting all of their typed work. I have tried creating the template for them and posting it on Google Classroom. I have docked students points for not correctly formatting their papers. I have awarded students who do correctly format their papers with extra points for doing so.

Weary of the perennial question, “Why does it matter?” and realizing “Because I want it that way” wasn’t a good enough reason for most of my students, I had to ask myself the same question. Why was MLA format so important, anyway?

the journey from page to web

Several years ago, our school suspended a teacher after students began anonymously posting negative criticisms on a now-defunct social media app YikYak. Curiosity won, and I downloaded the app to see what all the buzz was about. I wish I could say I was surprised, but unfortunately, over 14 years of working with teenagers had appropriately prepared me for what I found there. Hiding behind anonymity allowed users to post negative, critical, and often hurtful comments about people and events happening in their communities. The incident got me thinking about how, as an English teacher, I could teach students how to use their words more wisely. How could I help students decide when, where, and how to responsibly engage in public conversations online and on social media? The question began a year-long inquiry into using blogs as an entry point for respectful online commentary. Students created and posted to their own blogs, then read and responded to their classmates’ and peers’ posts. I used the acronym RESPECT as a protocol for engaging in online discourse.

Before engaging with online content, read it carefully and thoroughly–don’t assume you know what the author is trying to say unless you’ve read something from the beginning to the end! Make sure you understand the writer’s position, purpose, and conclusion. Evaluate the subject, occasion, and audience for the piece of writing. Consider whether your reaction to the ideas is personal, academic, or political.

If you find the content relevant and think others would benefit from reading it, share it with the people you’re connected to. You can repost to friends on social media, hyperlink to it in a comment, or reference it in a blog post of your own.

You can participate in online conversations in a number of ways. Before writing your own response, consider chiming in by posting a public comment. On social media, reply to others’ comments. If you’ve got more than a couple of sentences to say about a topic, write your own blog post and share it with others by publishing it on your own blog or an online publishing platform.

Engage with Caution and Thoughtfulness

Remember that you can control your tone and content. Follow the Bloggers Code of Conduct. Most importantly, never say anything online that you wouldn’t say in person. Remember to THINK (is it true, is it helpful, is it inspiring, is it necessary, is it kind) before you speak–or write!