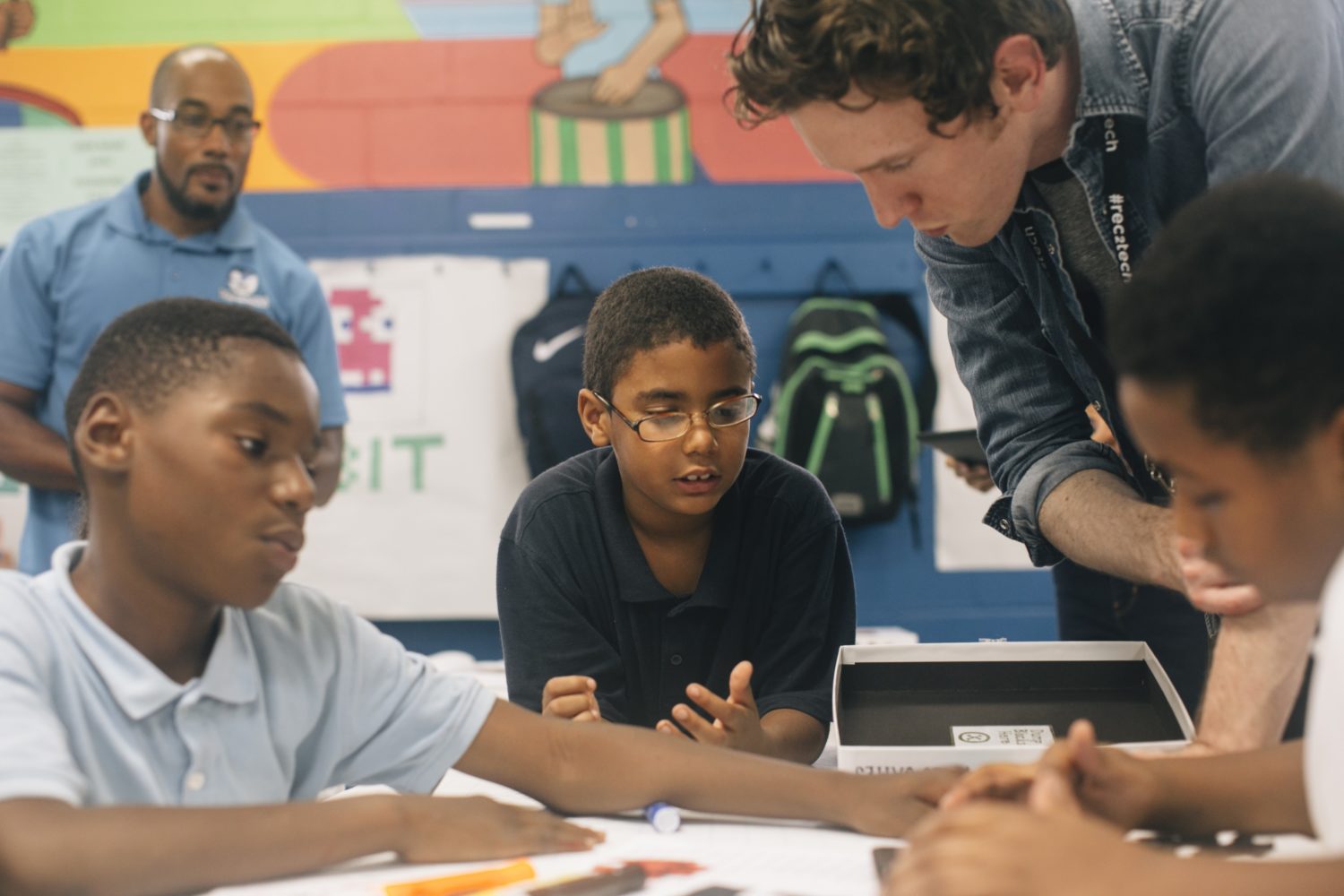 You can download a PDF of this lesson plan and its supporting materials on RemakeLearning.org.

About This Lesson Plan:
This five-session lesson plan uses a video game design tool called Bloxels to introduce middle school students to video game design. No coding or graphic design experience is necessary: students can use the app and this lesson plan to develop their own characters and levels to create their own playable final product.  Video game design allows youth the chance to flex creative muscles and work as a team.
About Carnegie Library of Pittsburgh:
Carnegie Library of Pittsburgh (CLP), the public library system of Pittsburgh, Pennsylvania, supports educational attainment, economic development, and cultural enrichment in Pittsburgh. This lesson plan was developed by staff from The Labs @ CLP, Carnegie Library of Pittsburgh’s learning lab. The Carnegie Library of Pittsburgh created The Labs @ CLP to offer teens with spaces for open exploration, peer-supported creativity, and mentor-facilitated learning. The library has developed programs that formalize and expand connected learning opportunities at new and existing Labs locations in CLP branches across the city.
Pro Tips:
This lesson plan is a good starting point for helping kids develop their skills as storytellers. Though the technology tools they’ll use in this lesson plan may be novel, this lesson invites students to think deeply about developing characters, setting, plot, and narrative. Also, students are introduced to the idea of “modding” or modifying familiar games; ask students to think critically about the rules and strategies for their favorite games. Help them consider games from a new perspective, as an active game designer rather than a passive, reactive game player.

Learner goal is to use design thinking to create their own playable video game with the Bloxels Builder app and Bloxels Box Set.

Learners will be able to determine what makes a well-designed video game; with an introduction to game design concepts, character design, level design, and evaluating and testing video game mechanics.

Students will be able to…

Teacher notes:
Days 1, 2 and 3 in this lesson plan can act as stand-alone activities, or it can be the first step in developing a playable video game.
Students can individually develop a playable video game with Bloxels Builder app; however, this will take away from the team collaboration.

Sharing Connected Learning from Pittsburgh
Introducing a new collection of resources that exemplify some of the best connected learning practices from Pittsburgh.
by Patricia Monticello Kievlan