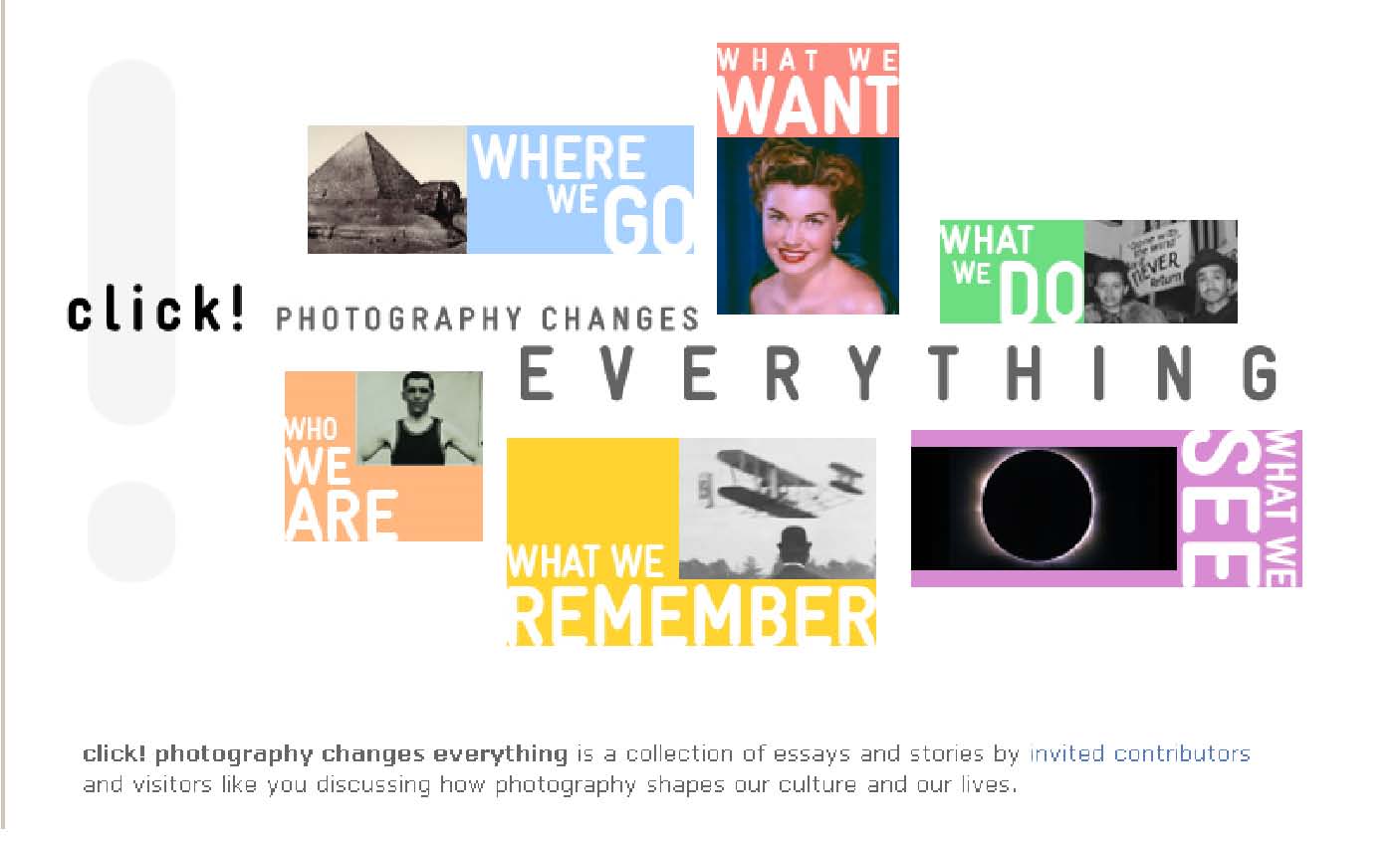 The advent of digital photography has made it easier to share and distribute photos online for professional and amateur shutterbugs. For writing teachers and students, it’s also a terrific tool to spur different kinds of writing.

Writing Project teachers have been especially active in using photos as prompts to encourage creative and thoughtful writing.

“I’ve used photos as writing prompts. I really like it and the kids seem to as well,” said Erika Saunders, Philadelphia Writing Project teacher-consultant. “For some students, it’s hard for them to visualize what they want to convey in words. Giving them a photo helps make things more concrete.”

As if echoing Saunders, Gaetan Pappalardo, teacher-consultant of the Pennsylvania Writing and Literature Project, contributed his thoughts on the use of “picture rings.”

“I’ve collected art and photos and strung them up on a metal ring. I have about nine of them. Students are free to use them whenever they need an idea. I teach it by giving the example of pushing pause during a movie. What happened before the frozen photo and what is going to happen after you press play?” Pappalardo wrote.

Teacher-consultant Hank Kellner even wrote a book devoted to this subject, a 120-page guide titled Write What You See: 99 Photos to Inspire Writing. The varied prompts include key words, questions to consider, ideas for writing, possible opening lines, suggestions for research, and more.

“Young writers, perhaps most writers, need provocation more than assignment, and this collection can provoke one to see—more, and more clearly—cultivating a habit of noticing and gathering,” said Jim Davis, director of the Iowa Writing Project. 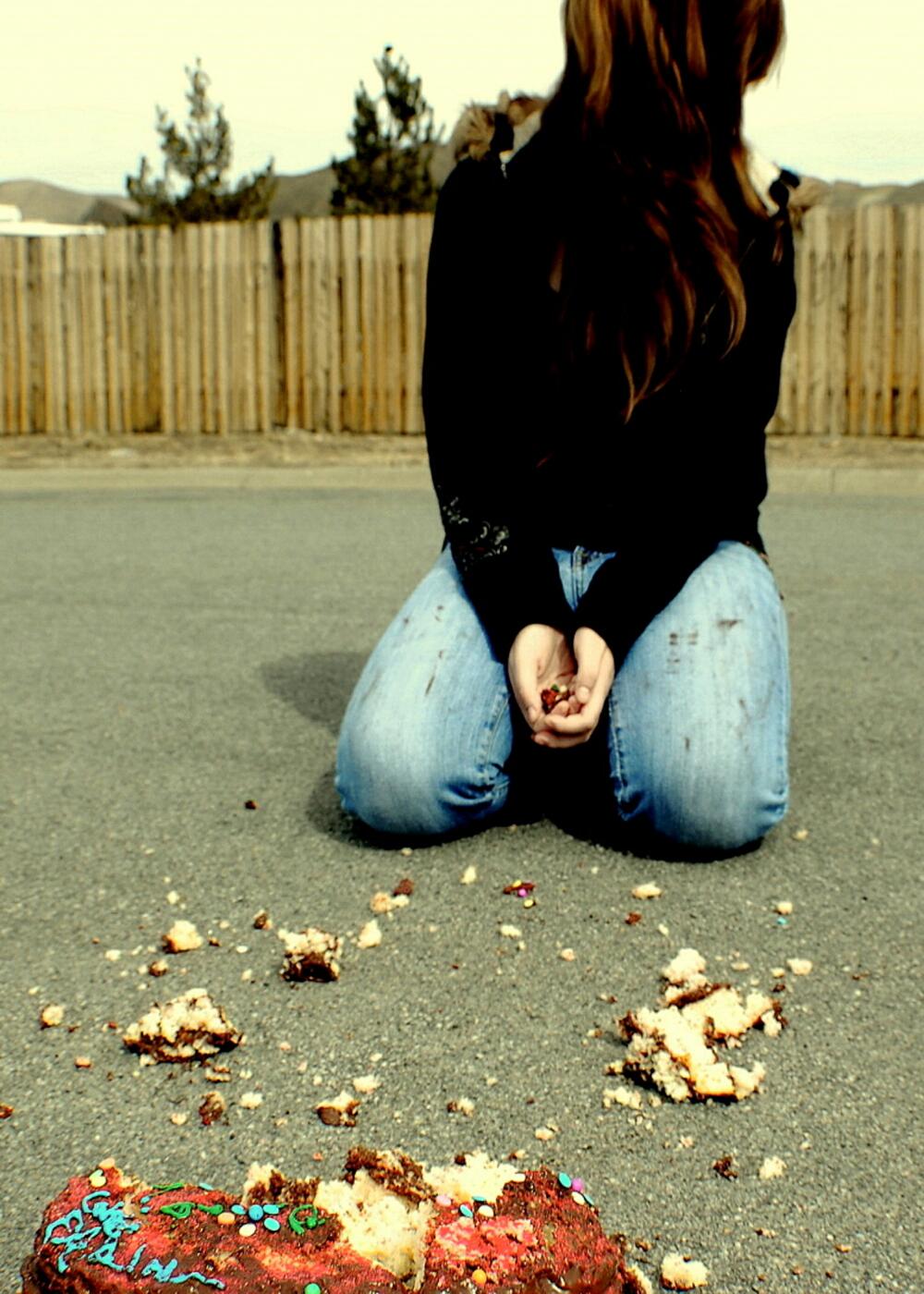 The Web opens up many possibilities for sharing photos and creating dialogues, narratives, and commentaries. A number of groups affiliated with the Writing Project have posted their writing prompts to the Web, opening up writing opportunities beyond classroom walls, sometimes across the state and country.

For example, at Youth Voices, a website that connects student writers from across the country under the guidance of Writing Project teachers, young scribes can participate in the Digital Photography Group.

The group serves as a meeting place for members to share, distribute, and discuss photography online. According to Youth Voices, it’s “a space where teachers nurture student-to-student conversations, collaborations, and civic actions that result from publishing and commenting on others’ texts, images, audio and video.”

Photos range from images photographed, created, or manipulated by the students themselves to random stock photos. Users click on the photo’s title to see or join the conversation that students are having about the photo’s subject.

Commenting on a photo of a flower lying on top of an open book, one student pondered, “I thought the flower would be cute since it reminds me of little girls in different countries around the world, picking up wild flowers in forests or gardens. I guess the only things kids have are their hopes, dreams and their laughter. I guess that’s what this image means to me.”

For several years, the Northern Nevada Writing Project has sponsored a digital photo contest through their website WritingFix.

The photograph above was the 2009 High School winning photograph, by Caitlyn Smith of McQueen High School. After the photo was posted, students were invited to write fictional scenarios for it. Many involved heartbreak, angry parents, and rude boys.

I walked out sobbing. Talk about the best day ever going from awesome to rubbish in about 15 minutes.

When I came home, the first thing my Mum said to me was, “Why in the world would you do something like that? Don’t even think you’re going to have this cake I spent all day baking.” It was the angriest tone I’d ever heard Mum use.

“I never thought you would do something like this Sally, you’ve really disappointed me.”

With that, Mum threw the cake at me and walked off.

Every photo is a story after all, and despite a photo’s often literal representation of the world, it invites myriad interpretations. “Click! Photography Changes Everything,” produced by the Smithsonian Institute, has collected photos and explored the stories they generate. In 2008 the site asked authors to delve into memories and opinions conjured at the sight of a particular image, and ruminate over how photography shapes our culture and our lives.

In an essay titled “Photography Changes How We Read the World,” NWP Executive Director Sharon J. Washington explained how a single photograph can be interpreted in multiple ways based on our individual perceptions and perspectives.

Washington chose a photo of a young wheelchair-bound woman gazing up a flight of stairs that ascend to the Greek columns guarding the entrance of a university building.

“. . . I might have seen this photo and understood that the story is not about the person in the wheelchair, but about all of us who are able to enter buildings with ease every day without recognizing the physical barriers that keep others out. Barriers and opportunities, an invitation to join or a message to stay away—all of these ideas can be found in this single photograph.” 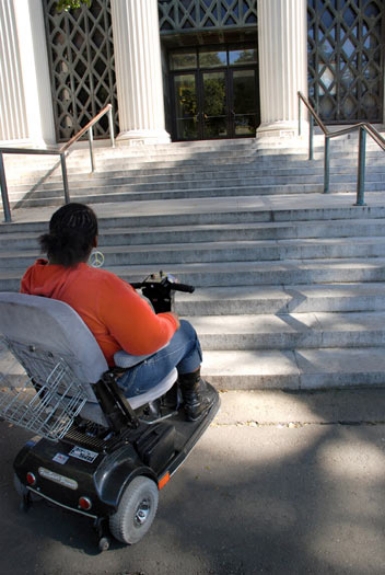 Words and pictures are also intermixed in a project called Photo Fridays , an online photo-sharing group started by Writing Project teachers that encourages its members (or anyone else who stops by) not only to upload original photos every Friday, but also to post any thoughts sparked by the images. The writing can be as little as a quick comment or as long as several paragraphs.

“The exciting thing about online communities is these challenges that people start creating,” said Bonnie Kaplan, co-director and tech liaison of the Hudson Valley Writing Project (NY) and founder of Photo Fridays. “The nice thing is you can do it or not do it. You can come one week or not. The element of commenting in that creation of community is so cool. The element of photos, the image, and the text has become so popular.”

Anyone can become a part of Photo Fridays, although most members are Writing Project teachers. It’s free to join. All you need is a Flickr account.

Pictures by the teachers / photography enthusiasts range from striking sunsets to portraits of pets. Conversations about photos can start in a photo’s comment section or on the group’s discussion board. Either way, teachers who might live thousands of miles apart are able to begin a friendly conversation.

“For us, it’s such a great way of getting to know people because it’s what they really love doing, this challenge of taking photographs and putting them up there,” said Kaplan, who also publishes a photo blog. “You know it’s a supportive community. I mean, everyone’s going to say nice things about your photo. Or it’s going to remind them of something from their lives.”

Indeed, the possibilities of where a single photo might lead a writer—or a teacher—are endless.

Originally published on the NWP website by Gavin Tachibana

When Images “Lie”: Traveling to the Pyramids with National Geographic and Thi

When Images “Lie”: Traveling to the Pyramids with National Geographic and Thi