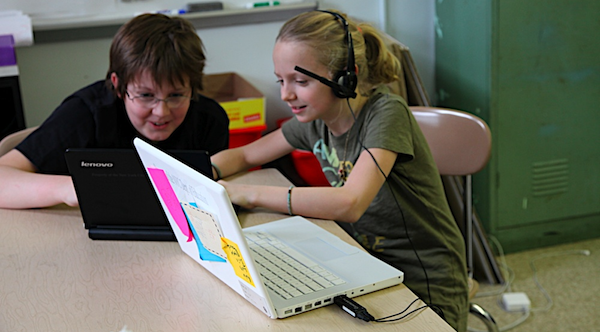 So, IS Google Making Us Stupid?

“Over the past few years I’ve had an uncomfortable sense that someone, or something, has been tinkering with my brain, remapping the neural circuitry, reprogramming the memory. My mind isn’t going—so far as I can tell—but it’s changing. I’m not thinking the way I used to think. I can feel it most strongly when I’m reading. Immersing myself in a book or a lengthy article used to be easy. My mind would get caught up in the narrative or the turns of the argument, and I’d spend hours strolling through long stretches of prose. That’s rarely the case anymore. Now my concentration often starts to drift after two or three pages. I get fidgety, lose the thread, begin looking for something else to do. I feel as if I’m always dragging my wayward brain back to the text. The deep reading that used to come naturally has become a struggle.”

And so begins Nicholas Carr’s now famous/infamous 2008 piece for The Atlantic titled “Is Google Making Us Stupid?“The Atlantic piece was later expanded into Carr’s 2010 book The Shallows: What the Internet is Doing to Our Brains.

1) We “may well be in the midst of a sea change in the way we read and think,” generally skimming quickly and moving quickly from info-node to info-node rather than engaging in deep and sustained thought in relation to text. Carr quotes from a research report from University College London to dramatize the distinction:

2) The brain is malleable. In addition to the researcher Maryann Wolf, Carr cites James Olds, a professor of neuroscience who directs the Krasnow Institute for Advanced Study at George Mason University, who argues that “The brain…has the ability to reprogram itself on the fly, altering the way it functions.”

3) The ubiquity and even “intimacy” of our use of the Internet as an intellectual technology, to use Daniel Bell’s term, has the potential to remake cognition itself and through cognition, culture.

Carr’s provocative thesis sparked a wide range of replies, both from those who feared the death of a kind of intellectual culture they associated with deep reading and from those who viewed his predictions as typical, shortsighted, and unproved fears about change.

Carr himself anticipates these criticisms, writing:

Maybe I’m just a worrywart. Just as there’s a tendency to glorify technological progress, there’s a countertendency to expect the worst of every new tool or machine. In Plato’s Phaedrus, Socrates bemoaned the development of writing. He feared that, as people came to rely on the written word as a substitute for the knowledge they used to carry inside their heads, they would, in the words of one of the dialogue’s characters, “cease to exercise their memory and become forgetful.” And because they would be able to “receive a quantity of information without proper instruction,” they would “be thought very knowledgeable when they are for the most part quite ignorant.” They would be “filled with the conceit of wisdom instead of real wisdom.” Socrates wasn’t wrong—the new technology did often have the effects he feared—but he was shortsighted. He couldn’t foresee the many ways that writing and reading would serve to spread information, spur fresh ideas, and expand human knowledge (if not wisdom).

The effects are ultimately unknowable, particularly for those of us in the midst of the change itself. Nonetheless, the very intellectual culture that Carr worries will be lost quickly rallied to debate Carr’s argument. Scholars of Internet culture such as Clay Shirkey, Sven Birkerts, and David Theo Goldberg responded in blogs and articles such as those collected at Britannica Blog, Edge, and DML Central, below. Researchers debated the core premise of the brain’s malleability. Even Stephen Colbert worked to bend his mind around the argument when Carr visited his show—but in the first clip below he is, alas, too busy surfing the Web on his iPhone to follow the logic chain.

It's the end of the world as we know it, and I feel fine
by Elyse Eidman-Aadahl

The Myth of Digital Literacy or the Literacy Revolution?

If we teach today's students as we d...
by Erin Wilkey Oh

Is the Virtual World Good for the “Real” One?

In a cartoon depicting the evolution of...
by Elyse Eidman-Aadahl

The Myth of Digital Literacy or the Literacy Revolution?