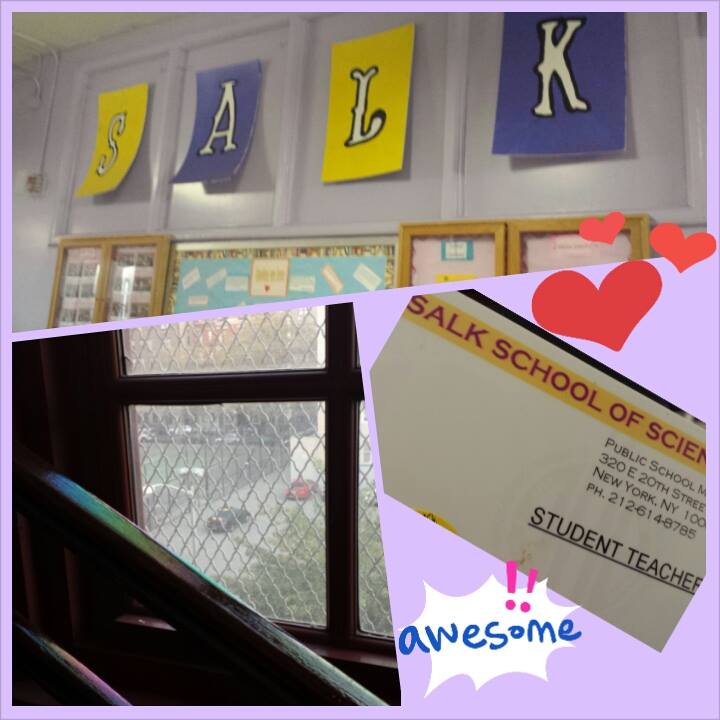 The Supervised Teaching of English Class I am taking at Teachers College recently took part in a Google Hangout, themed “Teacher as a Community Member.”  I have found it one of the most important activities we have done; what I learned from this Google Hangout has already influenced my teaching.

The Google Hangout inspired me to think more deeply about my reasons for teaching.  “Remember that we’re helping create citizens, not just workers,” Nicole Mirra advised.  Mirra, a Postdoctoral Scholar at the UCLA Graduate School of Education (GSEIS), was one of the participants in the chat.  “Primarily, you want students to understand the world better,”  Mirra elaborated, explaining how we want students to be able to stand up for themselves and articulate their point of view.  I think it is important to constantly make sure that my teaching reflects these ideas, particularly the idea that we are helping create citizens.  The students I teach will, in their lifetime, take on a variety of roles aside from career roles:  any given student may be a friend, spouse, parent, etc.  English, out of all secondary subjects, is perhaps most influential in how people interact socially.  Just earlier this month, scientists found out that literature helps increase social skills (“For Better Social Skills, Scientists Recommend a Little Chekov”).  I think it is important to wake up every school day and reflect on the idea that I am helping to create citizens.  I can see how one might get hung up on the day to day of teaching, and forget this.  When I am creating lesson plans, and coming up with student learning goals and objectives, I will keep Nicole’s words in the back of my mind.

Last week, at The Salk School of Science (where I am a student teacher) I created a lesson in line with Nicole’s idea.  The lesson involved comparing A Raisin in the Sun to Clybourne Park, a play inspired by Hansberry’s.  In Clybourne Park one sees the same racial and community issues presented in A Raisin in the Sun from the opposing point of view.  I wanted students to see that there are multiple ways of looking at any issue.  The central focus of a lesson:  Good citizens of the world are open to seeing ideas from a variety of perspectives.

Nicole unwittingly answered a major question I had about teaching.  I have often wondered how teachers get to know their students when there is so much material that must be covered.  According to Nicole, relationship and team building should be connected with the curriculum:  “Get to know who your students are.  Relationship and team building should be built into content, not separate from content.”  In retrospect, I wish I had asked her for tips on how to do this; it sounds easier said than done.  I know this is an element of teaching I will need to work on.

Nicole also spoke about the importance of living in the neighborhood where you teach, and getting to know parents.  According to Mirra, living in the same neighborhood is a great way to help one understand the students’ backgrounds and home lives.   “So many people try to separate their teaching life from their personal life.  Then it hurts who they are as teachers, and hurts our democracy because you’re not thinking: ‘these are my kids.’  You’re thinking:  ‘these are other peoples kids.’” This makes much sense to me; no matter how good a teacher one is, if one is not living in the same neighborhood as the students they teach, then they are not fully getting to know their pupils.

Hearing from student Joshua Nelson also influenced me. Seeing Schindler’s List in a high school English class (taught by my Supervised Teaching of English Professor) inspired him to become a filmmaker.  From Nelson, I took away the idea that it is important for teachers to find out who their students are as people (which ties back to Nicole’s idea that we are helping to create citizens.)  Do they like film?  Music?  Art?  What is it that motivates that; what is it that they are passionate about that I could potentially weave into a lesson plan?  How cool would it be be to help a student realize what they want to do for a career!

The lessons I learned about “Teacher as Community Member” have helped to form my identity as a soon-to-be teacher, and have prompted me to deeply reflect on what it means to be a teacher.  I am excited to implement Mirra and Nelson’s ideas into my teaching.