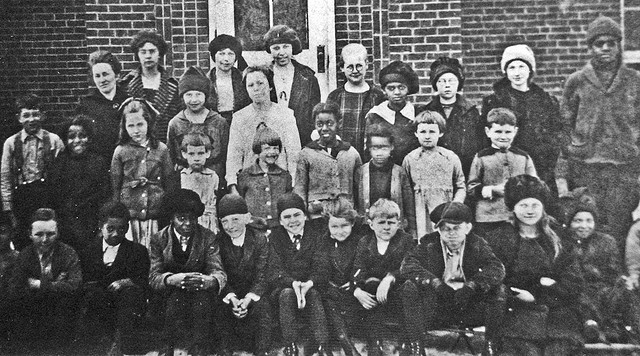 Needing It: Performance Vs. Personhood in the English Classroom, A Pre-Service Teacher's Reflections

Thanks to a growing chorus of outspoken scholars and educators, our current discourse on English education is ripe with calls for critical literacy and engaged pedagogy; for English classrooms that base academic literacy on what students already know and then move toward the yet unknown, that have burst the constraints on how we define a text, that see educators as conductors of light, illuminating our students’ internal and external worlds so that they are able to see what it is to “need it,” without which they will never successfully or sustainably find or create it. The “it” here is a proverbial one that came from my own student teaching observations in an eighth grade classroom at a “high performing” public middle school in a gentrifying area of Brooklyn, New York.

We had spent weeks slowly scaffolding our way toward the first “argument essay” of the term. Students had been reading independently, almost exclusively YA literature, working to complete a “reading challenge” of a certain number of pages read by the end of October. The plan for the essay was to have them develop a “claim” based on Meghan Cox Gurdon’s 2011 Wall Street Journal article, “Darkness Too Visible,” which argued against the so-called inappropriate, corrupting, darkness-glorifying trends in YA literature. Students were to develop their own opinion on whether or not YA books, or specific themes contained in the genre, should be banned from access by young people, and use their own YA reading as well as citations chosen from a dozen or so related articles, (that the teacher provided,) to craft their arguments. In preparation for the final essay students wrote blog posts responding to non-fiction articles on the politics of banning or restricting YA literature, and produced inquiry pages, synthesis pages, outlines, and first drafts. Class time was used for reading both fiction and non-fiction, watching video clips on the history of book banning, workshopping outlines, and mini-lessons on elaborating on quotes, crafting meaningful conclusions, and more. Lessons were differentiated, multi-modal, and there was even time for individual and group conferencing. On paper, we were doing everything right, but most days I left class defeated, asking myself quite plainly, how do we make this less boring?

As student teachers, we appear one morning without explanation, days or even weeks after school has started and the cultures and communities of the classroom have taken foot. If we are lucky we are welcomed to introduce ourselves to the students, but more commonly our names are muttered somewhere near the end of that first period and the students are told that their classroom teacher is sure they will be nice to this new stranger. We might smile and wave having realized that the time won’t be made for us to utter a “hello” or “thanks for letting me be a part of your class this year,” but by this point we will already have spent the period following instructions to “move around the room” and “check” students’ work. This moving around will feel invasive and contrived on that first day, and for at least a few weeks beyond that, until we realize that, having missed any and all icebreakers, this milling about is when and where we will get to know our students—their names, quirks, interests, and academic struggles and strengths. This will take time and as such be fraught with individual insights, until patterns and systems start appearing, and we begin to see the ways that witnessing and getting to know our students with intention is the most important practice we have as educators, and that beyond that, our assessments should be project-based and as such, sites for that getting to know our students and further empowering us to serve them in meaningful ways.

After close to two months of walking around reading over students’ shoulders, anxiously seeking to get to know them and observe the patterns and systems of their learning, the critical, unanswered questions began unfolding; students were keeping up the appearances of performing, but toward what and why? The answers began following in toe thanks to Zita (a pseudonym). Zita is a quiet, bespectacled South Asian eighth grader who wears brightly colored baggy clothes, sits at a table farthest from the board, and has a perpetual look of near-laughter on her face. She is a force under wraps. During a class period spent workshopping their outlines, Zita had asked for my help because she wasn’t sure that her topic sentences related back to her claim overtly enough. Reading over her work, my mind raced and stomach twisted with conflict; my job as a part of the culture of this particular school and classroom was to help students be producers of rule-abiding academic formats, but my job as an educator was to help this student with craft and structure only after first telling her that her complex, only semi-linear outlining was not only not “wrong” but in fact exciting and engaging. It felt as if telling her the latter would expose her to the pedagogical problems that she was surrounded by without my really getting to help her explore them, as well as involve me outing myself as being in conflict with said pedagogy.

In the end I told her to trust her gut, gave her a few structural tips to help carry her thinking through, and told her how excited I was to see where the work went. When she brought me her draft a day or two later I found myself biting my lip trying not to show the chills running through me as I read her words. It was stunning—personal, vivid, politically and linguistically complex—out of nearly thirty-five students in her class, she had owned it. I gave her a knowing smirk, a few more words of encouragement, and moved on to the next raised hand, already frantic with the desire to identify how and why she alone had turned the assignment into something meaningful. The answer: she needed it. She had a story she needed to interrogate and tell, a part of herself and the world around her, so she was on the lookout (consciously or not) for a place to tell it and here it was. I hadn’t fed her a shred of the content, it was all her, and I have to believe that that kind of ownership and urgency provided her the impetus to grasp at the craft and academic skills she needed.

This is not to say the urgency of personhood is all our students need, but rather to question that without it as a basis, what drives our students to use and own academic skills? It is also not to say that the only way to elicit engagement from our students is to insist on their unearthing deeply personal content, but it is asking us as educators to base our curriculum and performance assessments on opportunities for students to come in contact with what it is they need whether that be a story, an inquiry, or skill. Theoretically we were asking students to find their sources of personal urgency in their inquiry pages, but we never led them through any real play or exercises to help fill those pages with their own sincere engagement.

Often the principles of engaged pedagogy and critical literacy are only talked about in reference to marginalized or “underperforming” young people, generally urban young people of color. This makes sense—our systems fail those students in extraordinary systemic ways and it is in response to those failures that these ideas, based in Freire, Marx and others, came about. That said, the school I met Zita in is diverse in that there are vast disparities in students’ race and class privilege reflective of New York City at large, but it is a “selective admissions” school. At a school like this where many students’ future success is assumed, performance alone is deemed enough. No one is asking how to make the work meaningful because by all accounts, students are performing, and so assumingly, learning. Zita’s work reminded me what it looks like to want more for our students even when low retention and/or cultures of emotional, social, and physical violence are not the central or sole motivations. Believing that all young people, across spectrums of privilege, are human enough to need it somewhere in themselves, and creating curriculum based on that, holds the potential to create self-actualized students and educators. It is not enough for marginalized students alone to develop the critiques that will survive them in a world intent on their demise; we need to hold privileged or centralized young people accountable to become critical readers of the world’s texts as well. It is only through curriculum that does not accept the limits of performance and instead demands all  people become literate in their own personhood, that we will find the kinetic force of “needing it” which propels our learning, generates meaningful work, and inspires engaged young members of communities and societies ready to own up to the tensions and inequalities at hand.