My Challenge: Getting Students Engaged in Writing - A Google Docs Collaboration Story

As a high school special education teacher, I have often been frustrated with with getting my students to write anything. They seem to avoid it at all costs. Missing work, one word answers, essays two sentences long. Well you get the picture. I knew I needed to do something to get them to write. Ultimately, I was tired of seeing this: 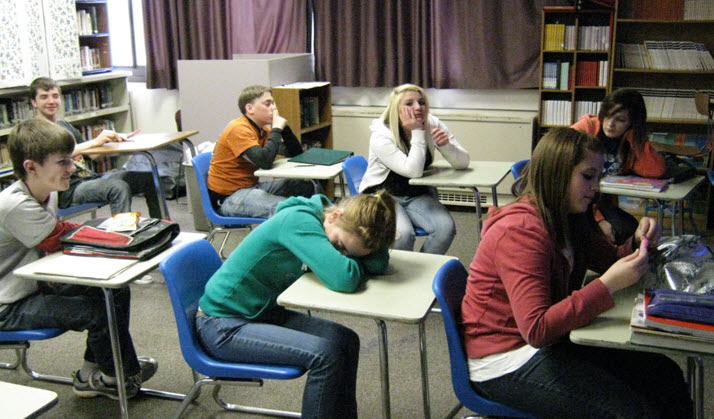 Like any good teacher with techie leanings, I began to explore the Internet looking for help. I literally stumbled across Wesley Fryer’s podcasts and became an avid listener. (His podcasts can be found on iTunes.) I noticed that he kept mentioning this thing call Google Docs and that more than one person could compose at the same time. This intrigued me. What if technology could be used to get my kids to write? I was eager to test my idea. Now, all I needed was a computer lab.

Fortunately, the chairman of the Business Department is a nice guy and is willing to share. He let me take over one of his labs for a semester. Other than thinking I’d watch them write to help keep them on task, I had no plan. Being the type to jump without looking, I had my students create personal Google accounts using their own email addresses (if they didn’t have an email account I created one for them. This process took an entire class period. Once we got everyone logged in, I demonstrated how to use Google Docs and how to share them with me. They were fascinated. They were thrilled that they would never lose a paper again. So my organizationally challenged students immediately saw the possibilities. Then I informed them that this was the way they’d complete written work from now on. Some were not so sure about this, but I convinced them to play along, and so we began.

The first assignment was an essay question. I presented the prompt, discussed it, and they got to work. I returned to my computer and open all of their shared documents and sat back a to watch them work. Some dove right in; others sat and stared at the screen. As I watched I quickly discovered that I to do something differently; I needed to do more. How could I get them to use this tool? How could I encourage them to write? I started to type little questions onto their document. This freaked them out. Someone else could see their work AND write on it at the same time they were writing.

Something interesting was happening. I noticed that if I wrote something on their document, they would respond. To them it was like chatting on Facebook or texting. I was beginning to see collaborative writing in Google Docs as a way for me to support and scaffold their learning. Writing was becoming a conversation. They had never really seen school writing in this way. Together the student and I were creating something new to both of us. Collaboration was allowing me to scaffold their process and was allowing the student’s intelligence to shine through. I was excited and decided I’d see how far I could push this.

How the Process Developed

Through trial and error over a three years, I developed a collaborative way to assist them with all parts of the writing process. Since we were in a computer lab I was able to take advantage of real time update feature in Google. This allowed me to write on a student’s document has they were creating it. If a student had a hard time getting started, I’d give them a beginning sentence. If they needed help brainstorming ideas, we’d make lists together. Whenever a student was stuck, I’d write something to get them going. Throughout this process, I was talking aloud to my students while we worked together. We discussed everything from what the topic meant to different ways to word a sentence. I realized that by intervening when each student most needed it, I was actually helping them to maintain and develop fluency in their thoughts and their writing.Often I would have fourteen tabs to student documents open on my computer (This is the maximum that can be open at one time). I slowly watched their writing fluency improve and quantity increase. This was great, but a key element of the writing process was missing. It was time to take it to the next step.

They were writing more, but they still weren’t revising. They still thought that once they wrote something, they never had to look at it again because Google Docs spell checked their work.Time for more scaffolding. I began using the “Comment” feature and allowed them to continue to work on their draft until we both agreed that it was “good enough.” At first my comments were limited to content and organization rather than spelling and grammar. This was something new. Often my written comments would spark conversations about what they were writing. We’d brainstorm and work to clarify their thought process. As work on a piece progressed my comments would become more specific. This kind of feedback provides intermittent reinforcement which they can choose to accept or not like we as writers do. Throughout the revision process I discover that they loved that they could read my comments, make the needed changes and then remove the comments. When asked a number of students admitted that they never read a teacher’s comments before; they’d just look at a paper covered in red ink and throw it away. There was something about being able to get rid of reminders of their “failures” that gave them a feeling of empowerment and ownership.

By giving them ownership of the document and their Google account, I handed the locus of control over to them, something most special education students have never had. This shift in control, I believe, is crucial in fostering independent learning, and as I do this, I see my role shifting from teacher to coach.

Where We Are Today

Now when we go to a writing lab, I hear, “Mrs. Chi, have you read mine yet” or “Mrs. Chi I need help NOW.” When they are in other classes or in a class I co-teach, they immediately ask if they can go to the lab and do it in Google Docs. To this day, some of my students still refuse to write anything on paper, but if they can do it in Google Docs working collaboratively, they will.

Now this is what I see when we write:

I like this much better, and I love they are really writing, maybe for the first time in school.

Last year, Mandy (not her real name), a senior and a single mother with limited literacy skills, was in danger of not graduating. She had missed a lot of school and needed to pass her English class. She absolutely had to complete an essay that related cloning to the novel Frankenstein to graduate. So one day after school, we sat in the same room at two computers and collaboratively composed and revised her essay. We discussed her belief system, the science of cloning, spelling conventions, word choice, organization. We wrote together with Mandy taking the lead. We revised content, reworded numerous sentences, corrected grammatical errors. In short we had an intense conversation around and about her piece. When we finished two hours later, Mandy told me that this was the best thing she had ever written. It was one of the greatest moments in my long career in the classroom.

This is where Mandy and I started: 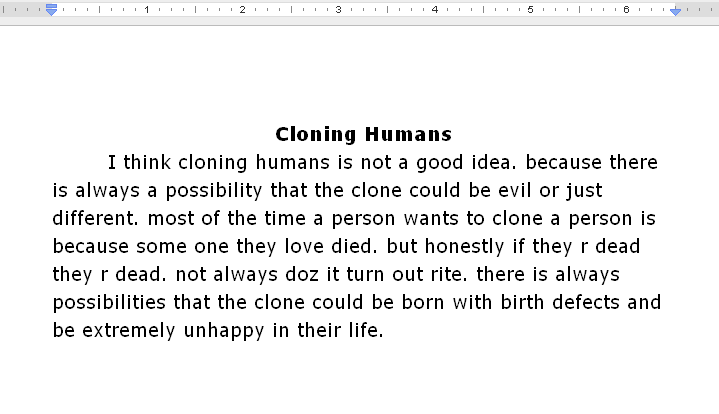 This is where we ended up: 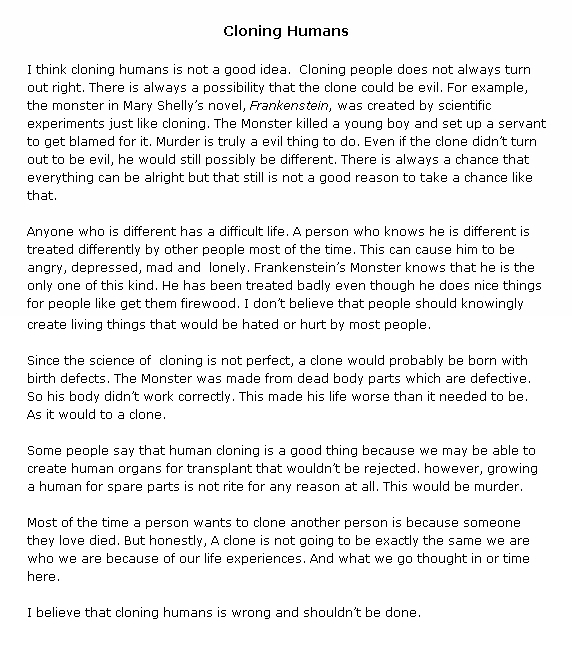 It’s not perfect but that was never my intent. I wanted Mandy to take ownership and develop as a writer. After reflecting on her work, I believe we did this.

This is why I do what I do and why I am passionate about using technology and digital writing with special needs students. It gives them ownership and engages them in ways I could not.

An Invitation: Come join our inquiry into peer feedback and revision

Where is Inclusion Research?

Share Fair 1. I was surprised at such a small sample that was used for ea...
by Mindy Gumpert

The Differences Between Edmodo, Google Docs and Moodle

An Invitation: Come join our inquiry into peer feedback and revision

Where is Inclusion Research?

Share Fair 1. I was surprised at such a small sample that was used for ea...
by Mindy Gumpert
See All Posts
Collection