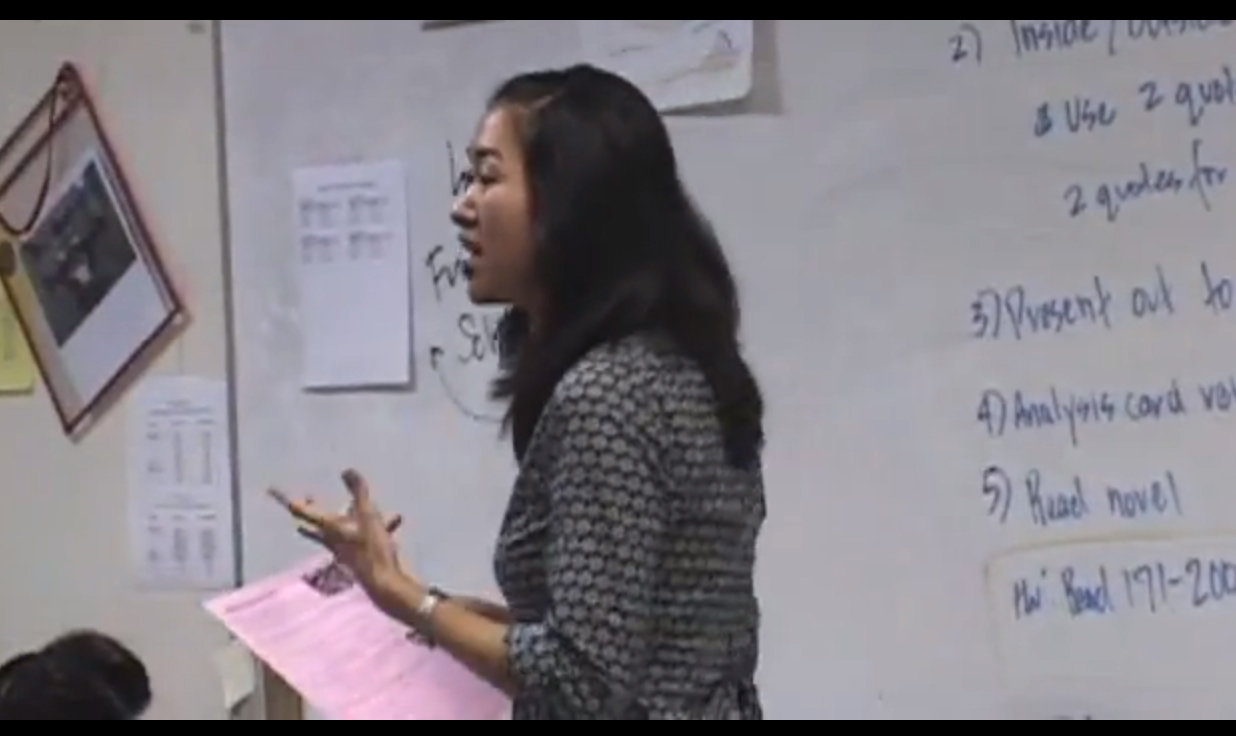 Writing the script was different because we had to separate it between what was my partner going to say and what was I gonna say, and what language is it going to say, the feeling that we had to put to that line, and how was that line supposed to go, and what was the tone of voice that you had to have in that line. — Israel, student involved in the project

In 2007, two Bay Area Writing Project teacher-consultants, Yumi Matsui and Clifford Lee, collaborated with the Pearson Foundation to document their semester-long, project-based learning unit focused on immigration. The video details the American Immigration Digital Storytelling Project from the beginning stages through to the end when the students show their work at Exhibition Night, in front of families, peers, and teachers.

In this project, students created digital stories portraying the immigration experience of a family member or friend. The writing process did not just include traditional paper-based writing, but relied upon interviews and transcripts, discussions and revision with group members, writing voiceover scripts, and composing images and audio that presented ideas, moods, themes, and meaning in a succinct, honest, and powerful presentation.  Throughout the process, the students were thinking about their audiences who would be watching and listening at the final screening.

Digital Is...
In November 2009, I had the honor and privilege of speaking to a group of NWP leaders, teachers, consultants, and friends at a c...
by Danielle Nicole DeVoss

We are inviting teachers, afterschool leaders and educators ever...
by The Current