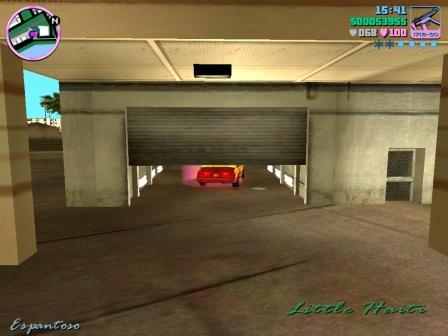 One of the opportunities offered through PennGSE’ was a graduate class focused on video games in/and education. Embedded in the class is an independent project on a video game of your choice and its implications upon learning. I felt it a perfect time to revisit a video game that had such a impact on youth culture during my time in high school: Grand Theft Auto Vice City. I fully understand and encourage the critiques of GTA and its treatise on society, however, with GTAV reportedly raking in over $800 million in one day alone, believe that it will be on the mind of our youth, especially middle school, and high school age boys. I wrote this not as a defense of the content in GTA, but as a encouragement of the design factors that led GTA to be a worldwide success. The abstract reads:

My four–hour-long experience overcoming “the Bank Heist” led me to investigate the role of failure in video games and how it inspires player skill development and eventual successes. I contend that well-designed games, such as Grand Theft Auto (context-aside), create the environment for their users to utilize a learning (mastery) orientation (Kozlowski et.al., 2001) where users explore persistently through obstacles and failures.  This stands in stark contrast to the high-stakes testing culture of schools (Au, 2007) which is emblematic of a performance orientation, which research has found leads to avoidance of novel or challenging achievement situations. While there is much justified critique of Grand Theft Auto, I argue that educators can gain much insight into motivating student achievement from its low-stakes, highly immersive design.

Skipping past all the boring, grad school, yadda, yadda, cite this, source that, set-up to divide and conquer paper stretching, these parts really emphasize what I wanted to say

There are number of elements in GTA’s game design which helps to induce a learning orientation that incentivizes exploration, the freedom to make errors, and the ability to learn from your mistakes. These include, but are not limited to: unlimited respawning with all-acquired resources; “on-demand” access to archived directions and help; multiplicity of objectives and self-directed outcomes; and scalable difficulty levels. I will continue with a discussion of each.

Unlimited Respawning. In Grand Theft Auto, your character Tommy Vercetti will never face a death that will send you back to the beginning of the game or lose a tremendous amount of resources (i.e. money or weapons) that will heavily tax you from taking risks and exploring. If you are “busted” by police at any wanted level, you awaken at the nearest police station, pay a small fine, and are free to go back to your criminal mischief. If you lose all your health and considered “wasted”, you awaken out of your slumber at the local hospital, pay a small fee and continue on your merry way. Any mission that you were on before you met these unfortunate circumstances will be considered failed, yet after some in-game progress, they allot you a taxi to that waits outside of the police station or hospital to take you back from where the mission commenced. All in all, there is no more than six seconds between a failed attempt and full health, resources, and map access.

Briefs and Help. At any moment during the game, you can pause live action gameplay to utilize a menu that includes “Briefs”, which archives in-game commentary and necessary mission instructions, and “Help”, which advises you with advice, tips, and tricks to better one’s performance. Additionally, a player can view and customize in-game controlsto their individual preference as well as manipulate other game settings. This any-time access window allows users to be able to actively learn more about their own gameplay and adds a motivational sentiment that the game creators want you to be successful.

Multiple Objectives, Multiple Outcomes. One of the most groundbreaking elements of GTA is the multiplicity of ways to engage with the game’s immersive environment. The primary pathway includes a grand narrative that usually makes available a number of simultaneously available missions. In addition, there are number of smaller one-off missions that add to the in-game experience. Under that layer, there can be found a number of always available missions such as a Taxi or Ambulance driver. Outside of that, GTA is infamous for allowing users to commit violent street crimes to gain police attention and induce a city-wide police manhunt. All these layers of game play allow for users to make self-directed choices on their engagement within in the GTA world.

Scalable Difficulty Levels. Especially when considering the role that the police play in GTA, the game environment allows the user to determine the level of difficulty that he or she is ready to face within Vice City. The wanted level markers, six in all, set up varying police activity, intelligence, and weaponry. It begins with one star, whereby police officers engage in hand-to-hand combat to subdue Tommy Vercetti. It scales all the way up to six stars, whereby the National Guard, equipped with assault rifles that drain your health in seconds and military tanks that explode vehicles upon contact. The wanted level system is mediated by warrant reducers strategically placed around the map and the Pay N’ Spray that once reached, drops the police manhunt. The capability to raise and lower stakes at one’s own pace allows for more freedom for risk-taking and in-game skill development.

These, amongst other external factors, represent designer-initiated supports for encouraging a mastery orientation. It is significant to note that GTA also comes with various performance related supports such as any-time access to numerous in-game statistics which is headlined by your ‘Criminal rating” and the percentage of game completed (as noted in Figure 8). The completion rate of GTA takes in all the missions and available entry points into the GTA map, so much so that when I completed the primary grand narrative of GTA: Vice City, I had only completed 55% of the entire game. From all my experience playing GTA, I know no one that has ever completed GTA and that speaks to how much fun an experience can become when outcomes becomes secondary to engagement.

Given these examples, I would like to offer some pedagogical implications that could help to create an environment for students to take on the overwhelmingly positive learning orientation where students can develop flexible, generalizable strategies that awaken their understanding of their own learning process (FAS, 2006) and support self-efficacy, feedback seeking, complex learning strategies, motivation, and effort (Kozlowski et.al., 2001).

Strive for interrelatedness, complexity, and challenge with multiple objectives and pathways to exhibiting competencies and extending learning. The simultaneity of ways to engage with GTA allow for the user to develop in-game skills through a number of interrelated pathways with minimal barriers to entry and the ability for users to determine their own route to success. In the classroom, this could be accomplished through outlining several ways for students to exhibit comprehension and critique of SWBAT objectives. One strategy that I find to be effective is the development of Tic-Tac-Toe curricular projects that give students a choice out of nine differentiated and multimodal ways to show content mastery.

Archive, make available, and encourage the use of reference materials, instructional guides, and various other “on-demand” learning support systems. GTA affords the player the ability at any time to stop gameplay and refer to support resources that will allow the player to improve their performance and achieve success. In the classroom, educators must rid schools from traditional “ways of knowing” that considered content mastery was conferred when students were able to correctly analyze and answer questions without referring to any source material. In our increasingly digital world, we have the ability to access credible reference materials with the swipe of a finger. Emphasizing the development of student-created resource guides (i.e. “cheat sheets”) goes a long way into making students aware of their own learning process and identifying crucial factors that will make them capable of answering increasingly complex questions.

Give students multiple and recurring opportunities to display content mastery and constantly mix new objectives with previous objectives to boost retention and ability to realize success. GTA was designed with unlimited chances to complete a mission, and once a mission was passed, the skills developed and resources acquired remained with you throughout the game. In the classroom, long have students suffered from the limited opportunities to pass a examination with a grade that made them feel as competent and confident as they felt on the first day of Kindergarten. With the advent of web-based testing that can be much less resource-taxing than printing exams and allows for much quicker feedback cycles and timeliness, students can benefit greatly from the ability to have more opportunities to succeed. Drawing upon the same yearning to succeed, mixing up new content with earlier objectives on summative assessments afford students a chance to begin with a win before they move into more challenging content and simultaneously boosting content retention.

There are essentially three camps among educators who support the idea of integrating video games...
by Colin Angevine

There are essentially three camps among educators who support the idea of integrating video games...
by Colin Angevine