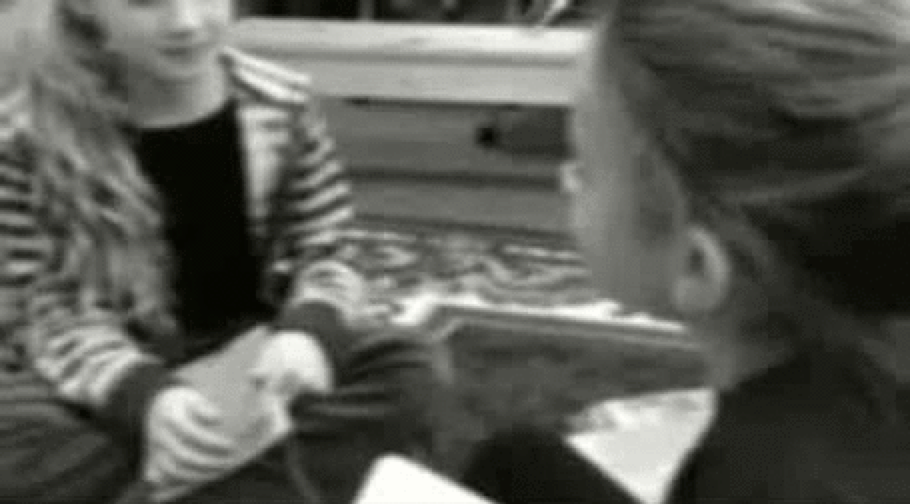 Lessons Learned: An Attempt at Book Clubs in a Digital Environment

Molly: Do you think it works with another character or era?

Caitlin: I think it works with Sadako because when she was in the hospital she was feeling scared and lonely because she had all of that radiation.

Grace: Tell me more about that. Why do you think Adam feels the way Sadako feels?

School has changed. We don’t teach the book anymore. In fact, we don’t teach books at all. We teach kids, and we do it using books. Now, more than ever, educators are needing to think this way. Despite many of the controversies with the Common Core State Standards, one welcome change is the way we think about instruction. We used to ask ourselves, “What is it that I’m supposed to teach?” Now we now ask ourselves, “What is it that students will need to be able to do?”

At the elementary level, we have to also consider another big shift. We need to focus on opinion writing—something that’s not traditionally been taught. Students have to form an opinion, often around a text, then supported the opinion with evidence from the text or from other resources.

While this change in approach probably should have left me at best, anxious, at worst, panic-stricken, it actually made me excited. Do I smell an inquiry project coming? Just maybe. Let’s include the technology du jour, of course.

Two years ago I launched an inquiry project to determine if social media could be effectively used to improve student writing through a peer-coaching model. While I learned a lot from this project, including a lot of what NOT to do, I also finished with the perception of success. Using social media, in this case KidBlog.org, seemed to have an impact on the quality of writing as well as student motivation.

In the previous project, I wanted to see how peer feedback influenced writing, which I thought could be foundational to a follow-up project. I also wanted to find out how kids thought about writing in a digital space, and whether anything stuck with them two years later. With support from the National Writing Project I was able to take a day to interview those students, now in fifth grade, two years after this inquiry.

As I suspected, many kids didn’t remember specific pieces of writing. However, all of them remembered the feeling they had about this project, and all of them remembered how they should act in digital space. After the interview, several of the kids asked me if I could set up their account so they could continue blogging.

I wondered, what was it about writing in this way that stuck with kids at an emotional level for two years? Could I replicate that? Clearly there was something exciting about writing in digital spaces as well as writing for an authentic purpose and a real audience.  I was excited, and ready to up the ante!

Being a literate person, in my opinion, is not about being able to read a text and then bubble in answers to a multiple choice test. Being literate means reading for real, and being able to discuss the reading. Keeping this in mind, reading instruction in my room looks different from my first years. With the help of Teacher Consultants from Red Cedar Writing Project at Michigan State, along with the Reading and Writing Project at Columbia College, I use the student-centered approach of reading workshop. My instruction is scaffolded in a way the leads to book clubs.

To follow the face-to-face book clubs unit in the classroom, I thought the next step would be taking these conversations online. One thing I learned from the social media project was that I was better able to see exactly what kind of conversations students were having. Another thing I learned from the social media project was the benefit of having a historical record of conversations. I could look at the conversation with kids and help them do work with it, whether celebrating a success, self-evaluating in a way to raise the quality, or as a way to debrief a conversation gone horribly, horribly wrong. I was also able to use mentor samples from our own class to help reinforce a teaching point.

First an email came in. Then several more. Some were apologetic. Some were not. Before I even had a chance to make a decision and inform parents of our unit-to-be, I felt the pushback. I was taken completely by surprise.

Kids, in their excitement, had told parents that our next unit would be online book clubs.  Parents had made it clear: I don’t want my kid using any kind of social network. I was perplexed as, in my mind, this wasn’t different than blogging using Kidblog. Parents had been more than willing to permit that. So what was different?

I was told, “Facebook is a disaster!” Parents wondered how I could justify kids sitting around at school playing on social networks. And I understand. There is a cultural belief that social networks can be only used for wasting time.

Yet, I have to disagree with it. I like to think the metaphor of driving a car. Every person looks forward to the rite of passage of turning 16. Being legally allowed to drive alone is implicitly declaring a teenage to be a trusted adult. As a third grade teacher, I know that even 9 year olds look forward to that day. I could not imagine a world where, without any preparation or guidance, a new 16 year old is given a key, and told to be a good driver. That would never happen.

Instead, from birth, children observe their parents driving. They notice how a driver acts in the driver seat. Every 9 year old in my classroom can tell you the basic rules of the road. They will even tell me when their mom or dad was speeding, or maybe didn’t entirely stop at a stop sign.

A big milestone is the first day of driver’s training. Of course, during this time, students are placed behind the wheel of a real car and asked to practice driving on real roads. This is done under the watchful eye of a driving instructor, who probably keeps a hesitant foot near the emergency brake.

You can see where I’m going with this, right? The concern that kids don’t know how to act in social networking spaces, complicated by the fact that these spaces can have serious consequences, is the reason for this type of work.

The fact is, Facebook isn’t the problem. Neither is Twitter, or Instagram, or whatever space comes online tomorrow. Kids need to learn the rules of the road for a vista that has no speed limits or right of way. Kids need to learn how to navigate in this uncharted space, and have to learn how to figure it all out again when those spaces change. And with the “driving age” for many of these sites set at 12 years old, with no photo ID required, if not in elementary school, then where should these crucial skills be introduced?

So what lessons have I learned from this whole process? For one, I need to realize that digital spaces, including social networking sites, are hot button issue. One challenge of using technology to take learning beyond the walls of the school is that you’re taking learners into the real world, a place that causes some parents to have anxiety, for valid reasons. At school there’s a certain structure enforced by school policy that just can’t be enforced in the same way digital environments. I understand that.

I also need to consider ways to accommodate all students in a unit of this type, respecting family values without singling out students. Is there some kind of hybrid implementation? What might that look like?

Ultimately, I need to consider my main purpose. Is it to steep students in the “rules of the road,” providing real practice while I sit in the passenger seat? Or is it simply to make book club conversations visible?

While I don’t necessarily consider this inquiry project to be a failure, I do you think that I learned quite a bit from my bumps and bruises. I certainly have several ideas of how to approach this differently next year.