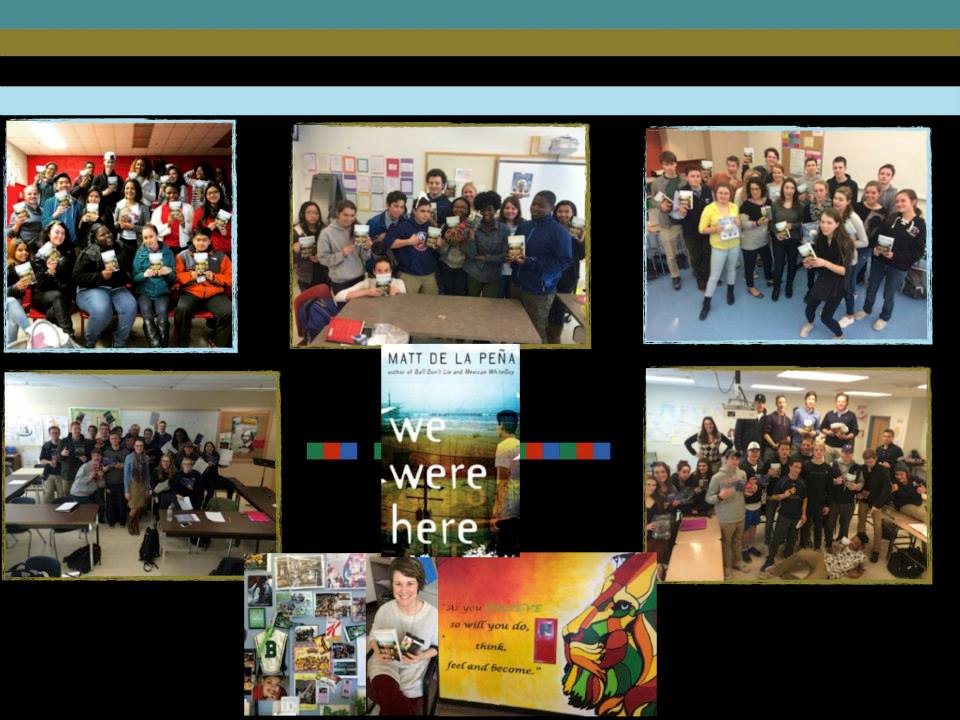 In the summer of 2014 fifteen teachers participating in a National Writing Project Leadership Institute at Fairfield University were invited by Brett Orzechowski, CEO of the CT Mirror, to write OP-Ed pieces on the state of education in Connecticut. The result was an interactive website called Special Report: Education, Change, and Diversity in Fairfield County, where educators representing rural, urban, and suburban districts collaborated with journalists to capture the challenge of achievement gaps in the state. After participating in the partnership, several of us desired a replicative way for students representing the spectrum of Connecticut schools to collaboratively write across districts so they, too, could experience the diversity of the region beyond zip-code disparities. We Too Are Connecticut – a collaboration uniting over 400 high school writers through the creation of radio plays, blogs, digital maps, and Tedx talks resulted. With a 2015 LRNG Education Innovators award funded by The National Writing Project, John Legend Show Me Campaign, and John D. and Catherine T. MacArthur Foundation, and the young adult novel, We Were Here by Matt de la Peña, the multi-district writing project began.

Six of us from the summer institute asked the questions “How might a multidistrict, digital writing project motivate student voice and engagement? How might expanding writing communities beyond a single school impact written outcomes of individual writers?” We began thinking about ways to inspire our students to write beyond the walls of the classroom, to write for audiences other than their teachers, and to write about things that mattered to them. A theme that kept coming up in our classrooms, no matter the zip code, socioeconomic status, race, culture, or religion was the difficulty of challenging stereotypes about their communities and the individuals within them. We used Matt de la Pena’s book We Were Here for its themes of adolescence, identity, community, and belonging. The young adult novel initiates dialogue about human differences, as Miguel, Rondel and Mong represented, too, varying backgrounds and lived experiences. In the novel, Miguel is ordered to write in a journal as he comes to terms with a crime he committed – “I know the judge said for me to write in here four times a week, but what’s dude want me to do man, make shit up?” (p. 37) – and his entries grapple with his sense of belonging in a complicated world. de la Peña’s text helped us ask students, “So, why are you here?” and encourage them to write their answers within a variety of digital media.

In each of our classrooms, we asked our students to journal about what it was like to live in their community. Although our entry points were specific to our own classrooms and curricula, the outcomes were very similar. Students across districts, whether they lived in affluent suburbs, middle-class rural towns, or economically challenged urban cities, all wrote about the challenge of finding themselves within the stereotypes of their communities. When they were pushed to publish their thinking, the reasons for their resistance were varied: students in the more affluent districts were afraid to lose their anonymity, fearful that standing out in the crowd or sharing an unpopular perspective about the community might bring unwanted attention. Students in underserved districts were much more vocal about their opinions and perspectives, but didn’t see the point of sharing them with a public audience, asking the question: who was even listening, anyway? As teachers, we saw a unique opportunity to provide a safe space for our students to share their thinking: a student-led conference that would give students the opportunity to learn from one another outside of the confines and expectations (or lack thereof) of their own schools and communities. Drawing from the National Writing Project’s model of teachers teaching teachers, the conference would provide a location for students to share, digitally, who they were together.

With this end goal in mind, we spent six months preparing for the conference by engaging in different digital publishing projects at our individual schools. Though the initial question/purpose was the same, to explore the different ways students could question position and privilege, challenge stereotypes, learn to respect differences, and find connections beyond their communities, our students produced their answers in a variety of multimedia projects. Students wrote personal blogs, contributed to class blogs serving as digital showcases, wrote and presented TedTalks, wrote and performed radio plays, and created ethnographic maps.

The six-school collaboration culminated at a Writing Our Lives – Digital Ubuntu conference at Fairfield University in May, where students showcased their communities with one another, participated in workshops hosted by TEDxTeen coach, Robert Galinsky, and met the author of We Were Here, Matt de la Peña, who provided the keynote at the conference and attended their student-led workshops. Students wrote their lives, developed perspectives and voice, and experienced the power of communicating with audiences beyond the single classroom, all while reimagining Fairfield County, Connecticut in creative, real-world ways.

A shining moment arrived when Matt de la Peña contacted us, post conference, to say he had never experienced anything quite like Writing Our Lives – Digital Ubuntu. “The whole event came alive for me,” he wrote, “when I saw kids from a wide arrange of socio-economic backgrounds exchanging phone numbers. It was then I saw the power of Ubuntu.” Staples High School teacher Kim Herzog similarly reflected, “Students from all walks of life came together to share a piece of themselves. One of my students said, ‘I have never experienced anything like this before, and it was amazing. We were taken out of our bubbles and expanded our understanding of people that live less than ten minutes away from us. I’m so proud to be part of this.’”

The 290 Project: Living & Learning during the Pandemic

The 290 Project: Living & Learning during the Pandemic