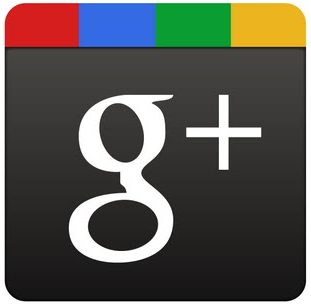 Doing Things Correctly on Google Plus: Social Networks, Youth Practices and What Educators Need to Know about Appropriation I want to spend some time here discussing social networks. Particularly, I want to think about their role in the shifting nature of the new culture of learning. While I’ve only played with it for two weeks at this point, I can say that Google Plus (Google+) is a significant step forward in terms of how to manage, engage, and mediate learning personally and when interacting with youth, pre-service & in-service teachers (the current contexts in which I teach).

Although there are useful guides elsewhere about how Google+ is different & useful for educators, I think the possibilities of the new pool of information lies not in a single component than in the convergence of the myriad features to provide a customized learning experience for a group of co-inquirers.

As I’ve dabbled at posting and “being” on Google+, I am conscious of the ways I post, comment, and share. I do it deliberately. Cautiously. Worried that I’m not “doing it right.” Using a Chrome extension, I tried to share with a circle of friends a link to something I found funny. I made a note that I was “In tears” (implying because of how funny it was). Of course, the way I ended up submitting this link ended up actually omitting the shared content. My social network instead received the wrong message that I was likely upset and “In tears.”

And while such blundering examples are innate as we better understand the tools we are equipping ourselves with, I am more interested in this moment of self reflection and metacognition that occurs as I (and I’m sure most of you) wonder if you’re using Google+ “correctly.” I wonder about this because this feeling is one that is mediated by the immediate culture we surround ourselves with in these virtual networks (and on-line/off-line friendships). “Correct” use of this network is only as what is dictated by the practices I see reinforced by the people I follow and share in circles.

As an example, I want to turn to Facebook briefly. The migration of my students from MySpace to Facebook has been significant and swift. Within a year, MySpace is bereft of its biggest demographic as Facebook accounts become the ubiquitous cache of legitimate online student identity. As I watched a generally new demographic utilize a social network that was initially populated by people around my own age, I was intrigued by the differences in use. I often see a student post a status update that would be followed by dozens of comments. Looking at these, students were utilizing the commenting space on Facebook to engage in conversation. Often only one or two participants would rapidly fire comments back and forth to have publicized chat logs (some extremely personal in nature). I remember distinctly thinking “that’s not how you use this component or tool.” For me, such conversation we to be conducted in a chat window (isn’t that why it’s available on Facebook?), through a private message, or – ideally – in “real” life. I didn’t understand that I was naturally ascribing my own rules of use on a cultural practice that was not my own.

danah boyd writes about “Networked Privacy” and this is a useful realm to better understand other ways students are using Facebook differently (and just as “correctly”) as many of my own peers.

Part of why my use of MySpace in the past was successful is because I asked and watched how youth were using the site. I incorporated elements of what they did, closed off the reaches of my social network so it was not as invasive as they may have felt, and ultimately found a medium between youth cultural use of MySpace and academic use of the site for my group of learners.

As we steadily proceed up a naturally developed learning curve around Google+ it is a useful time to remember that educational use of these social networks is going to have to largely be negotiated with our youth constituents. We will all have different online registers in how we are utilizing this new tool. We will all be utilizing it differently and “correctly.” In order for this use to be effective in the context of sociocultural learning, we will have to collaborate around how to engage with Google+ (or Facebook or MySpace or Friendster etc.). To simply appropriate these tools and monopolize them in constrained ways will ultimately fail. I’m looking forward to sharing and learning about the different and “correct” ways we will be learning with a site like Google+ in the future.

Setting up Google Plus for Community

I am writing this letter to you after a summer of #clmooc....
by Terry Elliott

Crowdsourcing an Annotation of the Common Core

I am one of a team of facilitators lea...
by Kevin Hodgson

Setting up Google Plus for Community

I am writing this letter to you after a summer of #clmooc....
by Terry Elliott
See All Posts
Collection