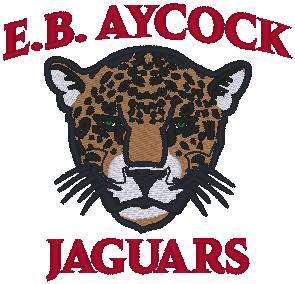 As a first year teacher, still enthused about the idea of teaching language arts to a group of 100+ eighth grade students, I was quickly saddened by the lack of interest that the students seemingly shared with each other. At E.B. Aycock Middle in Greenville, North Carolina, we serve students who come from two completely different ends of the socioeconomic spectrum.  We certainly have our share of gifted students, but we also have our share of students who are simply doing well for themselves just to get to school everyday. And as a first year teacher two months after I graduated, I was positive that I was going to come in and effect positive change in the lives of these students whom I had not yet met. I was eager, excited, confident, and completely naive.

I like to read, and I get enjoyment out of writing. But the hard truth that I quickly learned was that my students simply do not share my same passion.  It did not take me long to figure out that if they don’t see a connection to real life, if it isn’t relevant in their lives, or if they simply are not interested in it, then the students just do not care.

Disappointed and a little bit discouraged, I struggled throughout the first half of the year. With some students I was able to peak their interests in reading and writing, but the majority of my students continued to gripe and moan whenever I would begin to pass out novels. Luckily, I was fortunate to be asked to work alongside other teachers in the Tar River Writing Project Connected Learning MOOC. This 12-week program afforded me the opportunity to collaborate, discuss, and work with my colleagues at school, as well as from other schools. Throughout our different make cycles, we completed various tasks that I would consider to be out of my comfort zone. Constructing things with my hands and creating different works really challenged me. And for the first time, I felt what it was like to struggle in school, to feel lost, and to not immediately grasp what is was that I was supposed to do. I immediately thought of my students who struggle in language arts. I now understood what it was like to try and do something that I was not comfortable with. Language arts may simply not be the forte of my students. And there it is, the turning point of my year.

The Tar River Writing Project and all the people associated with it were phenomenal. Because of it, I grew much closer to my colleagues, and I was able to take many of the elements of the project and incorporate them into my class. I was able to implement more group-oriented projects. I was also able to see the students accomplish different tasks at varying degrees. And because of their successes and eagerness to be a part of much “cooler” and intriguing activities, the overall mood in the class began to swing. And while I did not incorporate every make cycle and task into my classroom, I certainly tried to implement several different elements of the MOOC.

In collaborating with many of my coworkers, we tried to think of ways to make reading interesting and “fun”. What I learned quickly is that reading is probably never going to be considered “fun” by the majority of eighth grade students. What I can do is pick material that is going to spark the interests of the students and find a culminating activity that is going to garner creativity through making and producting, helping students to and make the connections with others that they desperately desire.

Bottom line, eighth grade students, especially the males, are intrigued by the overall themes of evil, death, destruction, and fighting. They see it every day on TV and in the movies. They are riveted with a story of evil and death, no matter how sad it is. In fact, when they are emotionally bothered by the story, they become even more involved. So as the social studies teachers that I talked to were approaching WWII in their curriculums, I immediately thought of the tragic series of diary entries written by Anne Frank. Because the students already had background knowledge necessary to understand the story of a family in hiding because of the war and the Holocaust, I knew that it would be a good time to read such a powerful novel. It would be easy for the students to make connections to what they were learning in other classes, and I knew that the topic of war and evil would entice the students to really get into the story.

In an effort to get the kids excited about reading Anne Frank: Diary of a Young Girl, I really wanted to make sure the students understood the timber of the times. I showed them videos and primary documents that really demonstrated the harshness of the events that took place in Europe. We discussed the theme of evil, while making connections between Hitler and WWII, and what is going on around the world today. We talked about the differences and similarities between Hitler and other world leaders that they have learned about in history. What I found was that my students were intrigued by the theme of evil and loved to analyze all types of it, though they were hurt about what the Jewish population in Europe went through. They were really able to make connections and sympathize with Anne Frank in her story. At the time of the war, Anne Frank was of similar age to the majority of my students. She was going through changes physically, mentally, and socially, much like all of my students. The kids were really able to put themselves in her shoes, and imagine what it would be like to be stuck in a secret annex, unable to enjoy the freedoms of life. But because they understood the alternative for Anne Frank in the 1940s, there were really riveted with the story.

Interestingly, at the end of the story I found that many of my students were angry as to how it ended. They understood that with the family’s capture, there was no way for Anne to continue to write diary entries. But despite the closure that the epilogue provided, the students wished that they would have known more about Anne and her experiences after being captured. Because of this, I wanted to come up with a project or culminating activity that would allow the students address these authentic interests and creativity pursue inquiry into their questions.

In today’s age, students love media. They love watching movies. They enjoy creating and working in groups. Long story short, I assigned the students the task of working in groups to create and write a movie script that was not only based on the novel, but also what would have happened after Anne and her family’s capture. The students had to identify important scenes from the novel to be included in the movie script, and were also forced to create scenes that would have occurred when Anne and her family were in the concentration camps.  There are already multiple versions of Anne Frank in film, but after viewing parts of two of the versions, the students all agreed that they were boring and could have been much better. With that in mind, I put the students in charge of creating newer, more exciting versions of the films. The students were given the freedom to select every actor/actress, and were also tasked with writing the entire script. They were given the freedom to assign jobs, roles, and how much each student did in the group (with my approval, of course). Some students went as far as to film and act out scenes in their scripts even though this was not a requirement. The bottom line is I wanted the students to design a script that was accurate to the time period, showed an understanding of the events and the personalities of the characters, and that the students showed creativity.

This project demonstrated qualities of both production-centered learning and peer-to-peer learning. Students were responsible for producing a physical project, but were given the opportunity to work together and show creativity. I am pleased to say that the students produced quality work. They enjoyed the creative aspect of the project, and their scripts were accurate in relation to the time period. The students took pride in their work. Because of this, I was able to see that they understood the novel, and it was the most productive and positive experience that we had reading a novel in class. This is what production-centered and peer culture learning is all about. They were afforded the freedom and support to engage a difficult project, to make connections with their classmates, and to produce an understanding of others living in different times and places through literature and media. To me, these principles of Connected Learning are key to changing the attitude towards language arts.

From Professional Development to Professional Practice: The SEEDs of Connected Learning in a High Need Middle School
by Stephanie West-Puckett