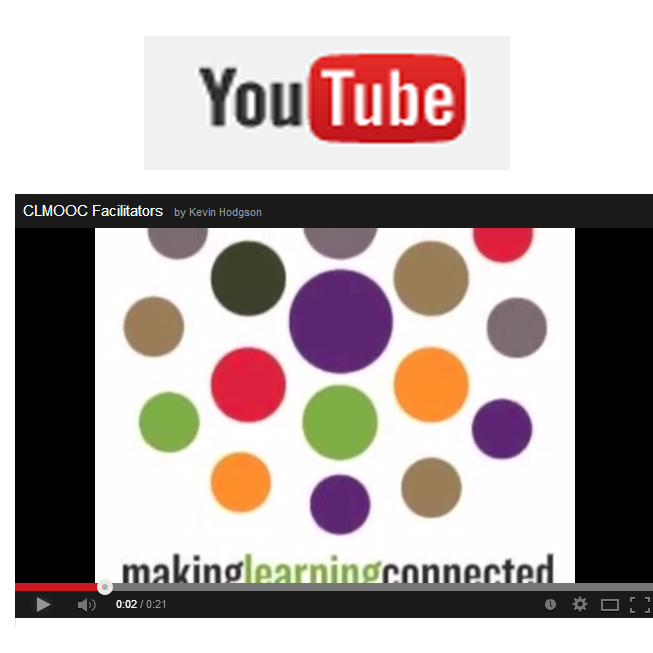 There’s an old adage that has often been adapted by anyone brave enough to try their hand at building an online space: You can build it, but will they come? And then there is the ancillary adage: If they come, will they stay?

One of the early challenges we facilitators had with getting the Making Learning Connected Massive Open Online Collaboration up and running in grand style was finding ways to spark interest for participation by educators who might not only have little or no experience with the concepts of a MOOC but also might have very limited knowledge of the Connected Learning principles.

And we wanted to do this before the MOOC was even launched.

As we began planning and brainstorming about how the CLMOOC might begin to unfold, we were also cognizant of some helpful advice from one of the advisors to the project. Paul Allison, of the New York Writing Project and host of Teachers Teaching Teachers, suggested we keep in mind that the MOOC would be running in the heart of the summer, a time of much-needed respite for many educators.

Keep the mood light and keep it fun, he suggested. Come on too strong with Connected Learning principles, or populate the MOOC with too much serious work right off the bat, and we would likely have a small crowd. What we wanted was massive. What we wanted was engagement.

With this in mind, the facilitating team began early on with creating a series of “splash media teasers” for the MOOC that were designed to generate interest and discussions, plus word of mouth, and maybe offer an unusual form of invitation to what we were confident would be an enriching summer experience. In essence, we were engaged in a form of guerrilla marketing in educational social spaces, giving just enough information about the MOOC to intrigue folks so that when the launch became official, it would resonate with some familiarity.

Facilitators also leveraged their own social capital, seeding their own followers and friends in networks with the possibilities of a summer of playful learning.

The splash media teasers, which we began releasing about three weeks before the launch of the MOOC in spaces such as Twitter, Google Plus, and personal blogs, ranged from digital stories of students and teachers in the midst of making (Stephanie West-Puckett) to a video slideshow movie (Karen Fasimpauer) to a music playlist themed around connected ideas (Chad Sansing) to a glimpse of a paper airplane launched in flight (Joe Dillon) to a visually beautiful slideshow of connected images (Terry Elliott) to a remixable metaphorical stopmotion video (Christina Cantrill) to assorted comics and diagrams, and even a MOOC video game (Kevin Hodgson).

In a sense, we were branding the constructivist ethos of the MOOC on the market before the product was even on the shelves. The sense that fun, creativity and collaboration would be at the heart of the experience infected all of the teasers, and gave the MOOC a certain bit of momentum very early on. The first Make Cycle established that ethos in purposeful style as myriads of participants took the concept of “make an introduction” into all sorts of unexpected directions.

While it might be true that the playful nature of the MOOC would have been established in the first few Make Cycles, we believe the teaser campaign set the stage and raised the bar in a way that gave participants explicit and implicit permission to make their own fun, too, and to explore the Connected Learning principles and the Make Cycles on their own terms.

We also benefited greatly from the National Writing Project’s leadership within the Summer of Making and Learning, which was the theme of the newly-created Educator Innovator network. Word about the Making Learning Connected MOOC filtered through the Educator Innovator partners, and offered lines of connection from such previous projects such as the Mozilla Foundation’s Teach the Web MOOC, and the Learning Creative Learning program and the Connected Learning TV network.

Even so, we had our moments of anxiety when we “opened” the doors to the MOOC and crossed our fingers that folks would come see for themselves the possibilities. To our joy and relief, come they did, and in droves, and within the first few days, the range of projects being created and reflected upon validated the promise the teasers.

We were making something special … together. We still are.

Making a MOOC: What we learned in #CLMOOC
CLMOOC is a collaborative, knowledge-building and sharing experience that is open to anyone who is interested in making, crea...
by Team CLMOOC