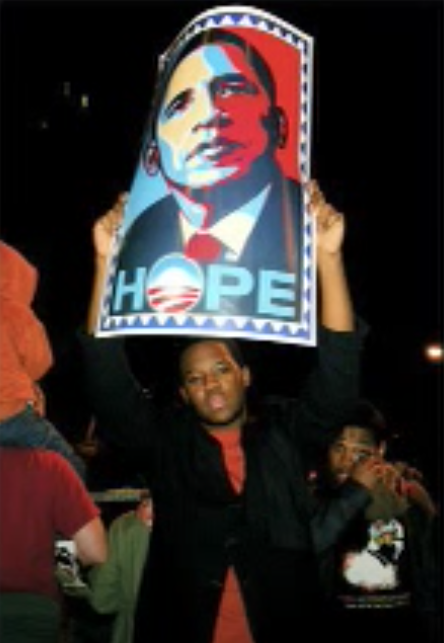 How can we use the connections provided by digital media to help students learn about civic — and civil — dialogue?

The video above illustrates how two students from very different communities begin talking in a way that typifies much of political expression today. The exchange started as a discussion post on the blog, and continued in the comments that were often contentious. However by the end of a Teachers Teaching Teachers podcast the two girls come to a mutual understanding; the student who originally called the other “ignorant” ultimately compliments that student on her “intelligence.”  This case study shows how students (and adults, for that matter) can be taught to communicate effectively even when they disagree.

A little background: The politics of the 2008 presidential campaign and its results have provided ample opportunities to study rhetoric. During the fall of 2008 my students seemed to be more curious about politics than in previous years, but at the same time they were also in need of ways to help them clarify their stances on the issues. And once my students began clarifying their stances and composing their thoughts in the online community, Youth Voices, there were disagreements among students. These disagreements were similar to what was happening in society in general – with one significant difference.  While the political discussions taking place in the mainstream media and online forums were characterized by rancor and partisanship, what was happening among the students in the Youth Voices community was characterized by civic and civil dialogue.  Maybe part of the explanation lies in the curriculum and materials used and the way that conversation is fostered in this online educational community (see below).

This is an excerpt from a Teachers Teaching Teachers episode. Two students from very different backgrounds eventually come to an understanding. It’s included in this resource because this was the medium that the discussion took place, as a podcast. Listen to how the students learn to listen.

Oftentimes when people who are on opposite ends of the political spectrum attempt to discuss politics on TV or online, it seems like there’s more shouting and attacking than actual discussion of the issues.  Students need to be taught how to have productive conversations in online spaces; that’s one of the goals of the teachers in the Youth Voices community.

Here’s a link to some suggestions about how students might talk to one another when discussing others’ online compositions and here’s another guide for how to have a productive discussion when you disagree with someone.

Here’s an example from the “Yes We Can” example: One student goes into great detail about why he dislikes Katie’s post. However, the tone of Katie’s response is even-tempered.

This isn’t an isolated instance.  This ethos of civil and civic dialogue pervades much of the student conversation on Youth Voices, even when students are on opposite sides of the political spectrum. For instance, in the fall of 2009 when President Obama won the Nobel Peace Prize, again divisive and bitter language arose in the professional media and in online chatter.  Tess, a student of mine, wrote in support of Obama; another student, Ben, who identifies himself as a political conservative challenges Tess, but he does so in a way the encourages conversation, not acrimony.

The teachers that I collaborative with in the Youth Voices community aren’t telling students to “just get along,” in fact we encourage disagreement – productive disagreement.  And in my opinion that’s what separates the writing that these students do with the nonproductive political dialogue that often takes place today.

Students aren’t always sure what the issues are.  So it’s hard to enter into a discussion if you don’t even know what people are talking about.  To get them to start thinking about what might be important issues to them and to begin to clarify their views, I had them complete an issues survey.

1. A lot of the research and composition my students do in my classes is based on their own inquiry.  For example in this case, once they were aware of some of the issues, I had them identify a few key questions that they were genuinely curious about.  With these questions, I showed them how to set up an aggregator so that they could collect a steady stream of information about their inquiry topic.

2. The next step is to go to a site like KQED’s “You Decide” website.  Here’s the assignment I give to them: “After exploring the issues you care most about, write a post on Youth Voices about what you’ve learned.”  Here’s a sample written by one of my students.

3. Whenever possible I try to provide models of my own online writing for my students.  Here’s a post that shows the influence of my students work and classroom discussion on my own writing.

In the past ten years or so, I’ve incorporated these newer digital literacies into the more traditional approaches that I’ve used in my teaching for years.  For instance, I’ve taught Orwell’s 1984 a few different times in my career, but no matter what year my students read it, they always find relevancy to their life and times.  With the incorporation of new literacies into the curriculum, the 2008 political season proved again that Orwell’s book is a classic.

I moved between group and independent work as we wrestled with Orwell’s text in the beginning.  As we read 1984, the class brainstormed ideas about how his ideas are still relevant today. We did this as a whole group discussion; a student volunteered to enter class discussion points projected via a Smartboard while the rest of the students annotated their own book and took notes in their writers notebook.  The next class period students wrote a timed, in-class essay where they used the group’s notes, their own notes, and their own annotations to compare the government of Oceania with the current U.S. government.

After reading the novel, it was time to apply the ideas to the current political situation.  I demonstrated to the students how I set up a news feed for 1984 in my news aggregator.  Here’s a post of mine that illustrates how a story from an information stream like an aggregator can inform writing.

One of the educational social networks that my class participated in was Letters to the Next President.  Notice how one of my students connects Orwell and the Patriot Act using information that he discovered through his news aggregator.  This is a very important skill – studying the past, and using digital tools to collect information on its present relevancy so that we might create a better future.

If you’re interested, here are more resources I used with the Letters to the Next President project that show how I led the students through the letter writing sequence:

Reflections on Creating “The Digital Writing Workshop” on Prezi