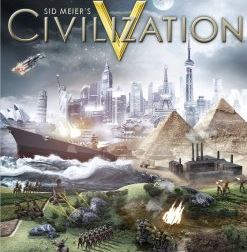 Beginning another year in game-based learning: from making to morality

This year I am teaching civics and economics as a middle school social studies teacher. While the content classroom brings new challenges and opportunities to student-directed learning, I’m working to negotiate content with students so that we can package a particular standard into work that holds meaning for them. For the gamers, this means learning about civics and economics through games.

Several students have written economic analyses of games like Minecraft, Pacman, and Team Fortress 2. Others have used particular games to enrich their learning about particular topics. I remain impressed with the quality of educational games produced by iCivics and Filament Games, and I remain on the lookout for mainstream games we can use to cover civics and economics content in the classroom.

Some students have used Minecraft and the programming platform Scratch to model economic flow. I anticipated this kind of work based on the ways in which last year’s students used those tools to model and narrate their learning.

However, while I’m gratified to see tools like Minecraft remain of use to students (I guessed right!), I’m excited by a new direction in gameplay we’ve taken this year in assessing the morality of characters’ actions.

For example, several students have studied types of government including communism, democracy, monarchy, theocracy, and totalitarianism. After these students gathered information about each type of government, I asked them to play Civilization V and to answer early-, mid-, and late-game questions about their intents, strategies, and tactics.

Since every player so far chose to run either a fascist or totalitarian government, we’ve been able to discuss why violence is simultaneously such an attractive and ugly solution to political and economic problems. Students have talked about settling new cities near specific resources required to run their armies and about waging war on the civilizations most like them to deal with competition early in the game. We’ve followed up this kind of in-depth, in-game problem-solving with in-class conversations about the ramifications of fascism and totalitarianism in history, in our world today, and in hypothetical futures in which our country goes down a fascist or totalitarian path.

Another student has started applying due process to the characters in a new role-playing game. While I’ve encouraged her to investigate, arrest, and try her own character in an essay, comic, or animation, she’s leaning towards prosecuting the corrupt guards of a town inside the game. I’m really looking forward to talking with her about how she thinks justice and morality in the game compare and contrast with justice in our society.

Working through games to discuss morality in our civics and economics class has these benefits:

There’s always work to be done in helping all students negotiate and connect with work that holds personal meaning for them. I’m glad games are beginning to hold more and more meaning for the students who choose to play them for class.

The Geography of New York State: A Digital Exploration

“Taking the Zombie-like Expression Off of Student Faces…Using Zombies”

The Geography of New York State: A Digital Exploration