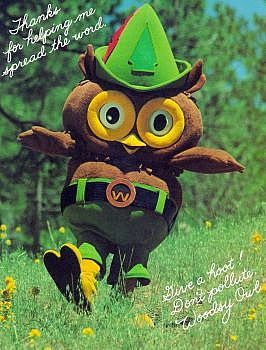 It started as a contest. I had wanted to use iMovie in one of my classes, but I wanted to have a clear purpose. It developed into a project that shifted focus from the technology to the audience. And that’s where the power of creating Public Service Announcements really lies. When students have an authentic audience—one beyond the classroom—then their work becomes more purposeful and more meaningful to others and to themselves.

Finding a Writing Purpose While working with the Northern California Writing Project (NCWP), my focus has been on expanding the audience for student writing. My inquiry has led me to wonder, how can I get my students to really care about their writing? I’ve watched them throw their lovely writing away in the trash as they walked out the door and wondered, wouldn’t it be great if someone else, besides me, saw what they created? Instead of just tucking their writing into a portfolio for their parents, I wanted to help them find a bigger audience. Would it compel them to put more effort in their writing if their peers saw it too? I wanted to know, how can we make writing matter to our students?

The Audience Remains A local Anti-Tobacco contest helped us jump in and learn the technical aspects of iMovie. It was a start. Beyond the contest prizes, an unexpected reward for my students was when the films were shown to all of the students through our school’s daily broadcast program. Their movies had an audience beyond teachers and judges—their peers.

While the contest has disappeared due to budget constraints, the audience is still there. Who better to communicate important messages than students sharing their knowledge with their peers? Realizing that the Public Service Announcement project meets many California state standards for 7th and 8th grade, including writing, researching and public speaking standards, I moved this project from my technology elective (which includes some of my English students) and now plan to involve all of my English 7 students. When teaching any type of writing, I emphasize revision. What I found with this project is that students constantly revised and edited their writing and their movies, not because I forced them to, but because they wanted to prepare their work for their audience.

What’s a PSA? We began by watching the classic “Give a Hoot, Don’t Pollute” (above) and discussed its purpose. For other examples, two sites also helped students understand Public Service Announcements (PSAs):

Topics and Research The research, writing and preparation are key to developing the knowledge of their topics.

Writing Connections Before the focus was on the moviemaking. Now, as I align the project with the state language arts standards, each student will be required to:

Storyboarding Groups worked together and planned their PSA before filming, including the following steps:

Filming Roles Group members are responsible for the end project, but individual roles help organize the process. Small groups worked best, and they can always ask a “guest star” from another group to help them if needed. Roles include:

The Movie Making Process The students proved to be great resources, sharing as they learned the technology. They became their own best problem solvers and collaborators.

Finishing Touches When the movies are complete (or, when the due date arrives, whichever comes first!)

And the Cupcake Goes to… The finished Public Service Announcements were premiered on the school broadcast system for all sixth, seventh, and eighth graders. A group of teachers also judged them based on the facts, storytelling, slogan and final video. The winning team received. . . .cupcakes! Next time, it will be great to film the awards and celebrate the filmmakers on the news portion of the daily broadcast. Not only did the students share important messages, but their writing, research and public speaking skills were put into action and delivered to a real audience—their peers. And for that reason, their writing truly mattered.Open PSA Topic:Planning Sheet.pdf Open iMovie Checklist-PSA.pdf

Engaged Writers: Crafting New Texts
The prevalence of new multimedia authoring tools has redefined the kinds of writing students can compose in our classrooms. Th...
by Peter Kittle

Once upon a time about one year ago 12 years old Tyler walked into the one station DJ studio. The rest as th...
by Salvador Avila