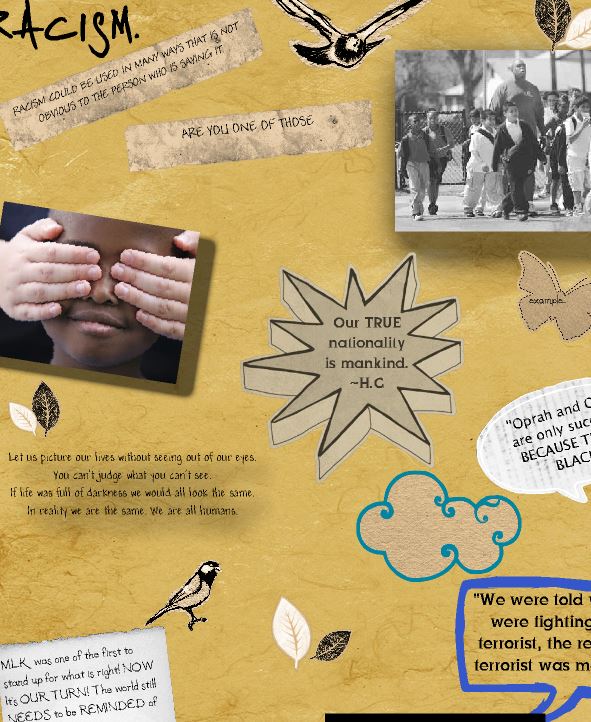 I remember rotary phones on party lines, televisions with rabbit ears (and no remotes), and my grandparent’s 78 LP record collection, so I am the definition of a digital immigrant. Adding technology to my English I class sounded like a challenge.  I applied for and received access to two dedicated laptop carts with 16 laptops each and a variety of other hardware. What was I thinking? Now I HAD to think of something.

I initially struggled with putting the computers into the students’ hands. Many of the laptops in my room didn’t work well, they were missing keys or the processor had deteriorated. Students were frustrated with the equipment. Then the cart was refreshed with new computers and I worried that the students would destroy them. A couple did, but technical staff repaired the damage, and the offending students received consequences.

I soon realized that although many of my students grew up with digital media, they reverted quickly and often to their habit of using the computers for recreation. These habits created problems when we used the computers because they wanted to continue their practice of surfing the internet for interesting (but not educational) websites, games or social networks. I worried constantly that the district’s digital monitors would be sent to my room and remove offending students (and the laptops!) for pulling up inappropriate websites even as I attempted to scan 24-30 monitors.

I have had some success: In my class, both on-level and pre-AP students read Night by Elie Wiesel. As part of this unit I required a research project on bullying. I used the Ladder of Prejudice (available at http://www.tolerance.org/activity/ladder-prejudice, although there are several good sites) as a graphic to explain the escalation of negative behaviors and the consequence for the victims. As part of the final project students could choose to create a Glog on glogster.com (use the edu section) with their information.  Students were able to embed videos, paste pictures and attach music to their presentations. They were interested in the choices available and I was impressed with the final projects, like this one.

I remain a beginner in this process. A lifesaver has been my connection with members of the Central Texas Writing Project’s Digital Is group and the book we studied The Digital Writing Workshop by Troy Hicks. Both were a wealth of information and support. I strongly suggest that anybody beginning the exploration of using technology in education find like-minded individuals and read (if not buy!) the book.

I have never written a book review and it almost seems pretentious of me to even...
by Luke Hokama

I have never written a book review and it almost seems pretentious of me to even...
by Luke Hokama