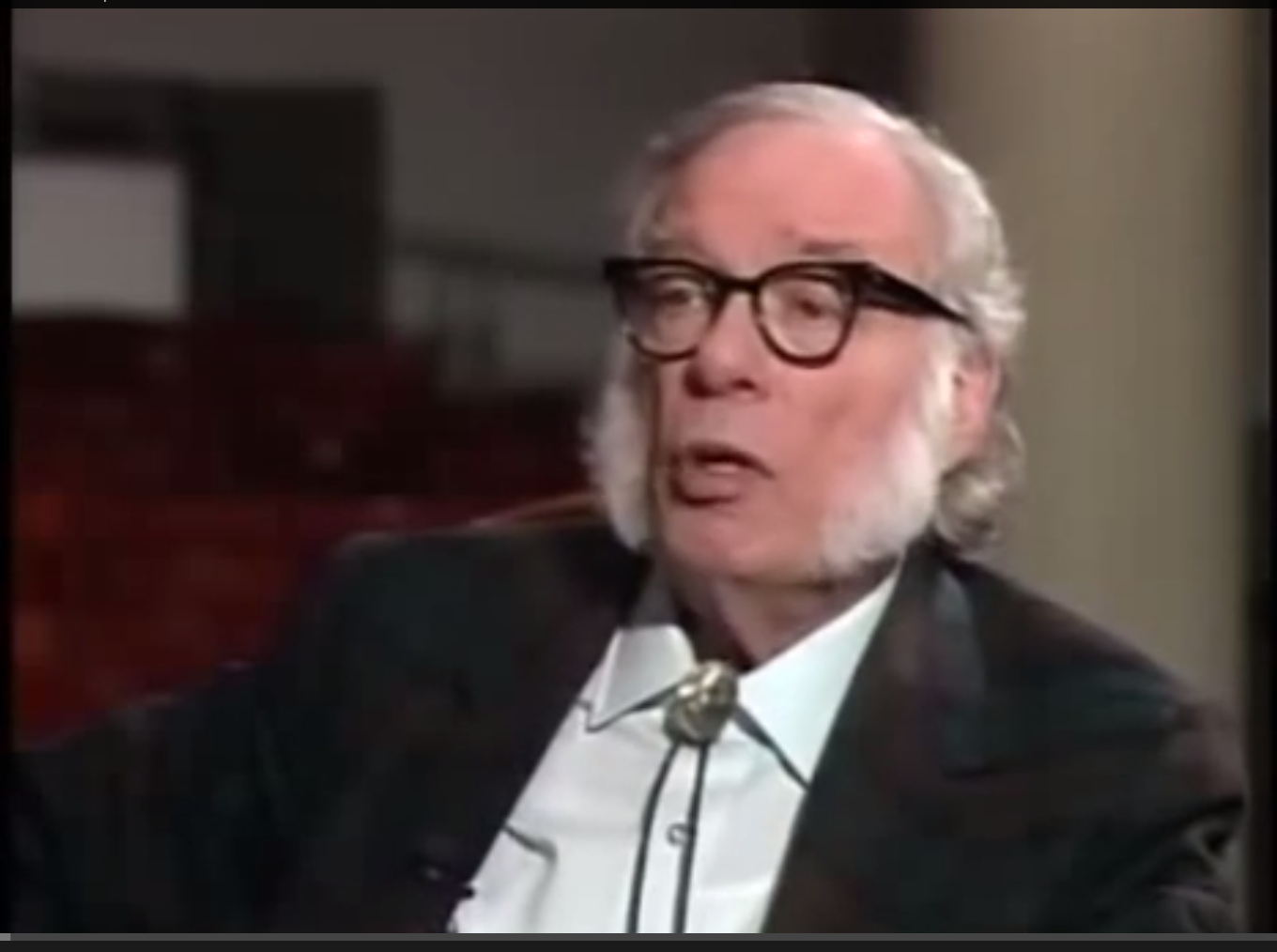 A Seat at the Digital Banquet

In 1988 the University of Maine at Orono had established a pod of six IBM PCs, operated with two 5 1/4” floppy disks, in the Fogler Library. These personal computers allowed students to word process, create simple spread sheets, or play Pong. The only connection they had outside their own operating system was to a printer. Mainframe terminals were available in Neville Hall, where students could be indoctrinated in the mystique of programs like SPSS, SAS, and COBOL, beg for tapes to be mounted to gain access to databases, or gain access to chat rooms. You needed to be brave and tenacious to get the student operators to listen to you and answer questions. If you proved yourself, you could get invited into the holy of holies upstairs and get a question answered. The look on the gatekeeper’s face when you were invited up was priceless. The world wide web was still years in the future.

In 1988 Bill Moyers interviewed Dr. Isaac Asimov for “The World of Ideas” on WNET, New York. In the second part of the interview, Moyers and Asimov looked at the future where computers and education walked hand in hand. Asimov bemoaned the need for students to learn things they were uninterested in, confessing that for himself information about economics just “bounced off” but that he was able to learn anything he could get his hands on about astronomy. He envisioned a time when all students could augment their formal public school education with the information made available through libraries hooked to a great computer network. Project Gutenberg had been around for 17 years offering books that were out of copyright, but was relatively unknown. Still, it was gaining enough of a foothold for the trend to digitization of more than just databases to become clear.

In his conversation with Moyers, Asimov talked about online resources as being the key to global literacy. If, he said, people have easy access to information they want to know, literacy will automatically follow. Everyone will learn to read, if only to have access to the ideas that interest them.

Moyers, however, was concerned about the ready access to technology. He feared the digital divide as it approached: “We have such a miserable record in this country of providing poor children even with good schools, I wonder if our society can every harness itself to provide everyone, including poor children with good computers?”

Asimov: “Perhaps not at the very start, but it’s like asking yourself if it is possible to provide everyone in the nation with clean water.”

How do we stand now, at the digital banquet Asimov envisioned?

Twenty-three years later we still have accomplished neither the clean water nor ubiquitous technology. Students in the same community, let alone across the country, do not have equal access to the internet. I teach 103 students in a High School in Maine. The students range from Sophomores to Seniors. What follows is a result of conversations and straw polls with those students.

So, how do we stand at Asimov’s digital banquet? Students are gradually acquiring the skills and the mind set required to participate, learning the information they need, personally, to fulfill goals they have set for themselves. Being born in the time of “digital natives” does not mean being well versed with the technology available. It means, rather, that the technology is so ubiquitous that they no longer notice it as separate from themselves. It means that as they first meal they eat at the banquet is the one they will go on ordering. If they first encounter it as gamers, it becomes a game. If they use it first as a connection between friends (and enemies) a la Facebook and IM, they will always see it first as a communication tool. Our job, as teachers, is to move students beyond their limited scope and to see that they banquet is richer and more varied. Our job is not that much different than it ever was.

Student Reactions to the Banquet

There is a natural transition between tool and toy over time. Bubble shooter, Bull stomper game, Free Rice, FishVille are but a smattering of available internet snacks. Computers have always been a source of communication, Messenger making way to MySpace. MySpace ceded to Facebook as the social network of choice. Telephones are mini-computers with full internet capabilities. Students certainly have fun with computers. Internet fast food is available to all. College searches, vocabulary searches, special interest communities move computers into the realm of tools. Things have changed—and not. In the differences between my experiences and expectations with the digital banquet, and my students affinity for digital fast food, an interesting conversation has developed, changing us all.

My initial assumption was that the gaps would be a result of economic differences, those students who did, or did not, have access to the internet, to their own computer, to experience born of being a digital native raised in a household of technology users. It turned out that, although there was some disparity between students based on those factors, there was a larger gap between students and the banquet itself. Much of that seemed to be borne of how students, in their native state, learned to use computers primarily as a source of entertainment.

Here are some strategies I have tried in my classroom this year, and some of the conversations that have resulted.

Early on I noticed that students go to Google for everything. “Why?”

“Of course we go to Google. Wikipedia isn’t accurate. Everyone says so.”

“What makes you think it’s less accurate than Google?”

“Well, anyone can make changes, even people that don’t know anything. Me and my friend put stupid stuff on pages and nobody stopped us.”

“It was gone by the next morning.”

“And you’re thinking that Google is more accurate than that?”

“Sure. You can’t change someone else’s page in Google.”

There followed a conversation about how Google is organized, in what order hits are listed, what data bases are searched, and how do you test for reliability of information on a site.

In an AP class I asked pairs of students to find two articles a piece of 2000 to 6000 words. Topics needed to be things they didn’t know much about already. They could use a topic they knew something about, but needed to fill in sizable gaps in that knowledge. There task was to read the articles with a partner, record what they had learned from each article, and then create a brainstorm list of how that information could be used in an essay to support an argument.

I gave students a list of magazines with high quality articles they could use (Smithsonian, The Atlantic, National Geographic, Scientific American, etc.). Their first question was “How do we know what to look for? If we don’t know it, how can we look for it?”

“Who uses ‘Stumbleupon’?” It turned out they all did, at least occasionally. “This is very similar.” I showed the class how to use the archive indexes of the magazines.

As a wrap up I presented them with an argument prompt from an old AP Language free response question set and, using only the articles they had read, craft a response. They found it hard work but were, generally, successful.

With the same AP class I presented the 2010 Language and Composition free response question #1, which addressed computer use in schools. Responses were telling.

Other responses are available at College Board site for the 2010 exam.