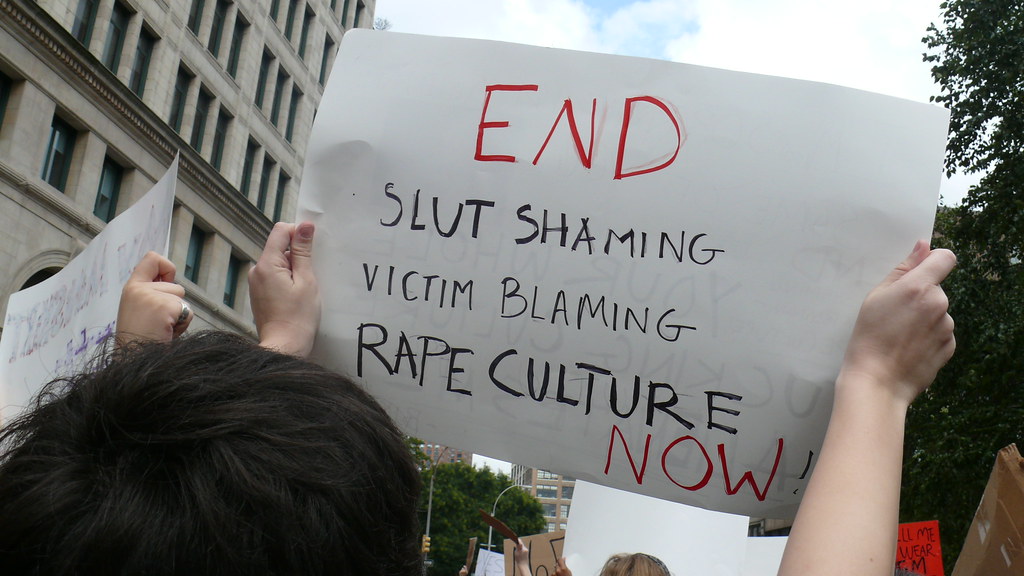 This article – originally posted by Radio Rookies Associate Producer Courtney Stein in December 2012 –  is reposted here with with her permission.

These days, many teenagers live half their lives on social media sites, and they’re writing the rules as they go. One online trend 16-year-old Radio Rookie Temitayo Fagbenle finds disturbing is something she calls “slut-shaming,” or using photos and videos to turn a girl’s private life inside out.

There are countless websites, Facebook pages and Twitter handles that are created to shame girls online, many are literally called “exposing hos.” When Temitayo logs in to Facebook her newsfeed is often inundated with sexually explicit photos and videos of other teenage girls that are posted, commented on, and shared countless times by her peers. Once these images make it online the repercussions can haunt a girl far beyond the schoolyard.

“Once it gets to a social media network it’s over for her life,” one of Temitayo’s classmates said. She gathered a group of girls from her school to talk about why so many teenagers, especially girls, harass each other online. “Girls do it to themselves,” another girl explained, “half the time we can’t even blame guys.”

But another student pointed out that a lot of girls don’t even know they’re being recorded. She said, “it’s not fair that a guy can actually hide his phone, have sex with you and record you, and then show it to his friends, like, ‘Yo, look, look, look!'”

That nightmare scenario was a reality for another one of Temitayo’s classmates. When the young girl was only 14, her boyfriend filmed a sexually explicit video of her without her knowledge and then posted it on Facebook and other social media sites. “He was going around holding his head high saying, “’Oh well, I was able to do this with her.’ He gave me a bad name,” the girl said.

Schools have had to take on a new role in the age of social media.

Some students screenshot the cyberbullying they see online, print it out and bring it to their teachers as evidence. Erica Doyle, the Assistant Principal at Temitayo’s school said, “Once we’re dealing with digital media that is sexually explicit that has been captured and shared with the public, that actually now is a criminal matter.”

On Tuesday, January 8th, Radio Rookies will facilitate an online live chat with students from classrooms around the country to talk about the cyberbullying issues this story brings to light, including:

Temitayo will host the chat with Radio Rookies producers facilitating the discussion and moderating comments.

You can read the original article, and listen to the audio, here.

You can also read the transcript of the live chat that Radio Rookies hosted with teens, educators, and parents about the issue of sexual cyberbullying.

What questions did this piece raise for you?