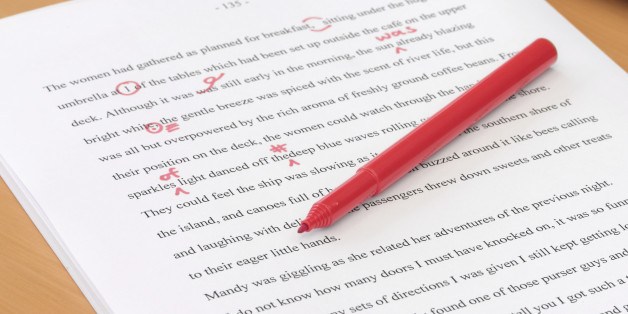 It’s Connecticut Educator Month (CEM) and a great space for reflecting on the Connecticut Writing Project at Fairfield University’s alteration of summer work.  As I catch my breath from all the energy harvested in June, July, and August, I realize there is no time to breathe! The fall semester has already began.

Phew! This is exactly what Digital Is!

Last spring, site leaders at CWP-Fairfield met to discuss where our site has been, where we currently are, and where we’d like to be for the next 40 years. (HAPPY BIRTHDAY, NATIONAL WRITING PROJECT!)

One of the primary areas we focused was summer programming for youth. We kept our minds located on the economic realities of writing project sites everywhere, yet saw potential with young writers’ institutes. We began to think critically about how  we recruit for and promote summer programs, and wanted to attract young writers to our campus in a way that transcended other years. As a result, CWP-Fairfield made significant changes (for students and teachers), and it paid off. We tapped into youth expertise as makers, creators, doers, believers, magicians, artists, and change agents to offer teachers in the Invitational Summer Institute a location to see effective writing practices.  We achieved this through restructuring our Young Writers’ Institute into Young Adult Literacy Labs (note: I will forever be indebted to Kentucky’s writing portfolio program and the incredible focus on writing instruction, so I couldn’t help but not in the direction of Kentucky Writing Projects and Jean Wolph. It’s writing, Y’ALL!!!!

Young Adult Literacy Labs. Knowing that funding streams were changing, CWP-Fairfield needed to assess what young people reportinged to us in previous years. For example, one young man expressed, “Man, this is what school wants to be, but unfortunately can’t.”  We wanted to explore what he meant. Until summer 2014, CWP-Fairfield’s student workshops (formerly the Young Writers’ Institutes) were designed to be two-week, multi-genre workshops and were taught by three ISI-trained teachers.

–   It Was a Dark and Stormy Night: Writing Your Novel (or at least the 1st chapter)

–   The Revolution Will Not Be Televised: Exploring Poetry, Rap & Spoken Word

–   What’s a Picture Worth? The Graphic Novel Lab

–   Stop the Presses! Writing for Print, Online, and Broadcast

–   Who Do You Think You Are? The College Essay & Other Personal Narratives

CWP-Fairfield’s redesign required instructional leaders to plan each week with outcomes in mind
(a nod to writing activity genre research theory that has been central to my thinking for the last few years). Instructors had to follow four rules: (1) kids must read, (1) kids must write, (1) kids must talk, and (4) kids MUST have fun. Note: there was more emphasis than ever before that kids MUST have fun (why? to counter the dreary experiences they were reporting in school with test-only instruction, multiple assessments, curriculum they couldn’t relate to, and a total lack of creativity. In other words, we wanted them MAKING).

In addition, each Young Adult Literacy Lab had to have opportunities for students to compose
individually and collaboratively. Each Friday, participants presented “written outcomes” at a celebratory “prom” that was attended by parents and the CWP-Fairfield community. Instructors collected instructional materials in binders and reflected daily on what worked well and what might be tweaked in future years. The following links provide examples of both our process and our product:

Our redesign was successful, as evidenced by both the number of participants, as well as the feedback we collected at the end of each Lab. This summer, 132 young people attended our Young Adult Literacy Labs, an increase of 83% over last year. 36% of our students received full scholarships or paid on a sliding scale. Each lab paired a teacher, a professional writer, and at least one graduate student together to offer more whole-class instruction, as well as individualized attention and differentiation as necessary. In short, we have more work to do, and the leadership team at CWP-Fairfield will look to the data we collected for publication possibilities, dissemination of new learning, and for further redesign of the labs in the future.

Invitational Summer Institute. This year, site leaders rethought the ISI (with much reservation). The decision was made to alter the ISI schedule to allow for more writing beyond time spent at the University. We replaced our traditional four-week ISI with a five-week, Tuesday through Thursday program. Weekly demonstrations and readings were aligned with the Young Adult Literacy Labs that were occurring at the same time. Each Wednesday, ISI teachers worked with the young
writers in the Labs and teachers were invited to opening activities on Monday and “proms” on Friday, but attendance wasn’t required.

The Labs were also open to teachers in the Invitational Summer Institute – hence, the switch from an institute to a laboratory – and each week, the student curriculum/ genre corresponded with the ISI’s curriculum/genre. It is our intent to build off this redesign next year so that all teacher participants also see themselves as ethnographers and contributors to what is known about teaching writing in K-12 schools.

Ubuntu Academy & Literacy4Life. English language learners in Bridgeport, Connecticut (as well as the rest of the nation) are an underserved population, especially during the summer months when literacy loss is most likely to occur. Working with the Fairfield University Athletic Department, Office of Diversity, JUHAN, and Community Outreach offices at Fairfield University, Bridgeport Public Schools, and private donors, CWP-Fairfield created the first-ever, two-week workshop for
immigrant and refugee youth, called UBUNTU Academy. Ubuntu Academy students attended a split-day program, with time spent in the classroom learning from language instructors and time spent outside the classroom interacting with students and teachers to enhance language practices (For student coverage of the program written during the Young Adult Literacy Lab for journalism, see The CWP Chronicles).

Eleven immigrant and refugee youth worked to build literacy skills in conjunction with other work that was already occurring in our summer activities. Journalism Lab students interviewed UBUNTU
Academy students and vice versa. Additionally, Fairfield University Men’s Basketball Coach Sydney Johnson arranged for his athletes to work with ISI teachers and participants of Ubuntu Academy to practice language skills and, together, UBUNTU students, ISI teachers, and University athletes thought about the intersections between sport and literacy (photos from Google+). They considered the skills necessary for achieving in and out of school and on and off playing fields: self-esteem, self-awareness, integrity, focus, responsibility, sense of humor, and Ubuntu,
the Bantu philosophy that translates to “I can be me because of who we are together.” The result is Literacy4Life, a collaborative project with Fairfield University’s Athletics for 2014-2015.

The goal of this work is threefold: to stem the loss of literacy skills in the summer, to build a supportive community for new Americans, and to align with Fairfield University’s Jesuit
mission of  “Men and Women for Others.”  CWP-Fairfield is recognizing that it takes an entire village of committed and dedicated individuals to make change happen

Additional ways to utilize social media. In addition to the website, CWP-Fairfield built a Facebook presence and tapped into a Twitter account that was previous unused (the director, too, finally joined the Twitter-sphere and is now convinced that it is a powerful way to communicate in
the 21st century). In addition, we’ve benefited from “Working with the Press” workshops at Fairfield University and have had success for being seen as a relevant source for literacy instruction in Connecticut (that workshop really paid off):

Crandall, B.R. (2014). Cheers for the Artists We Call Teachers. Connecticut

Schachter, R. (2014). High Schoolers in College: Inside the Growing Movement To Enroll High

The point of this Digital Is post is simply to say that it is true: CWP-Fairfield could not be who we are without the National Writing Project and all the individuals involved with the Connected Educator Movement (CEM). This is a celebration of everything you allow us to be.

PS: I can offer academic references for the choices we’ve made if they are desired. Many in my world, however, suggested that this isn’t the place for it. Ugh. But all these decisions were research-based. Anyway, send me a note and I’d love to continue the conversation.