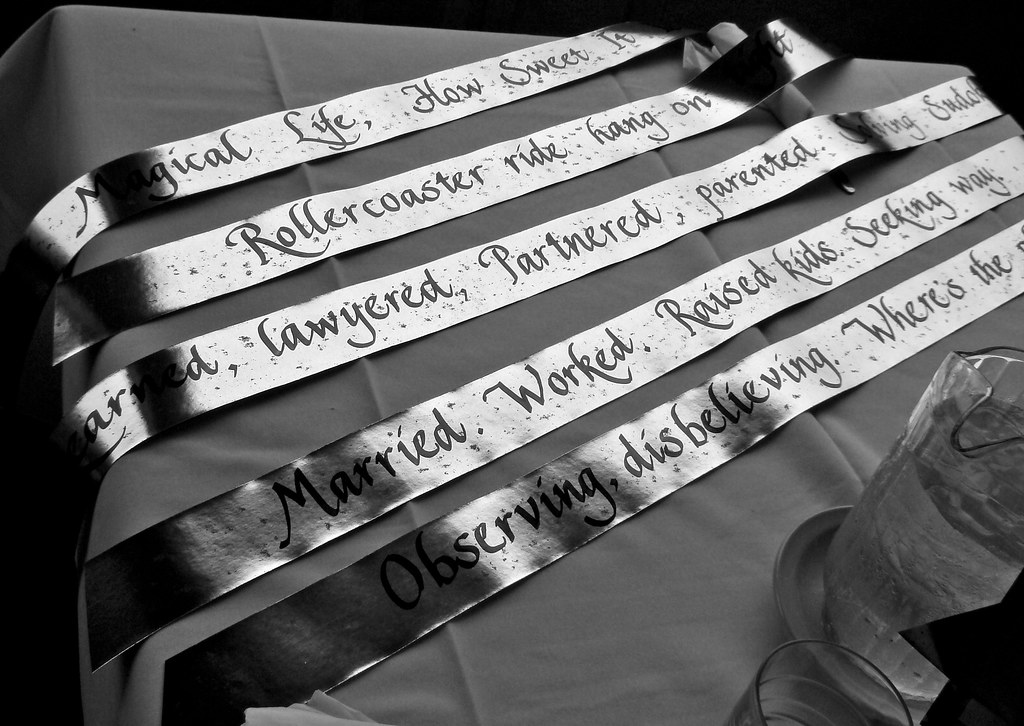 Late to the game, I’ve recently become intrigued by the six-word memoir form.

Started by Smith Magazine in 2006 with the question, “Can you tell your life story in six words,” the idea has gained a lot of traction. Organizations like National Public Radio have picked up on it and Smith Magazine has published Six-Word Memoir anthologies to great popularity.

For those of us on Twitter, compacting an idea – especially one as huge as a life’s story – into smaller and smaller spaces is a familiar challenge. Because of the limited number to work with, each thing – character or word – becomes precious. As a former journalist, I’ve always appreciated brevity and – probably like any one of you – know from hard experience the difficulty of revising down to an essence of an idea.

As a reader, I find six-word memoirs to be an exercise in analyzing and interpreting not only what was included, but what had to have been left out. And I love that.

I’ve also become fascinated with the idea of the visual component to a six-word memoir. Almost always, it seems, as in this series posted at the NPR website, a six-word memoir will be accompanied by a powerful image that may add depth of meaning to the six words or challenge an original interpretation. Interestingly, the words seem small and almost an afterthought in the NPR example, except for the profoundness of the meaning they represent.

The video below of teen submissions similarly provides a visual narrative to the words, sometimes including movies, sometimes still images. There’s a mashed up quality to the entire string of 30-plus memoirs; there is no lingering on any one piece (unless you use the pause controller). It’s as though speed and brevity are a living breathing part of the experience.

In this case, the words for each teen memoir are themselves designed differently. Different fonts, different colors, different positioning. The words become part of the visual message in a way that seem to signal a critical importance, unlike the NPR example.

When I think about the creation of the six-word memoir, the “make” if you will, I find it interesting that the artful combining of image and text leads to the creation of a composition – making as writing, in other words. While at the same time the act of conceiving, revising and creating the text itself, published to a particular online form, could be described as a “make” – writing as making.

I’m still puzzling through the idea of making as writing/writing as making:

I’d love to hear your thoughts.

This was first shared at my blog -- Kevin's Meandering...
by Kevin Hodgson

Fun and play can create a more engaging learning environment. One of the units in eighth...
by Patricia Zaradic

This was first shared at my blog -- Kevin's Meandering...
by Kevin Hodgson
See All Posts
Collection