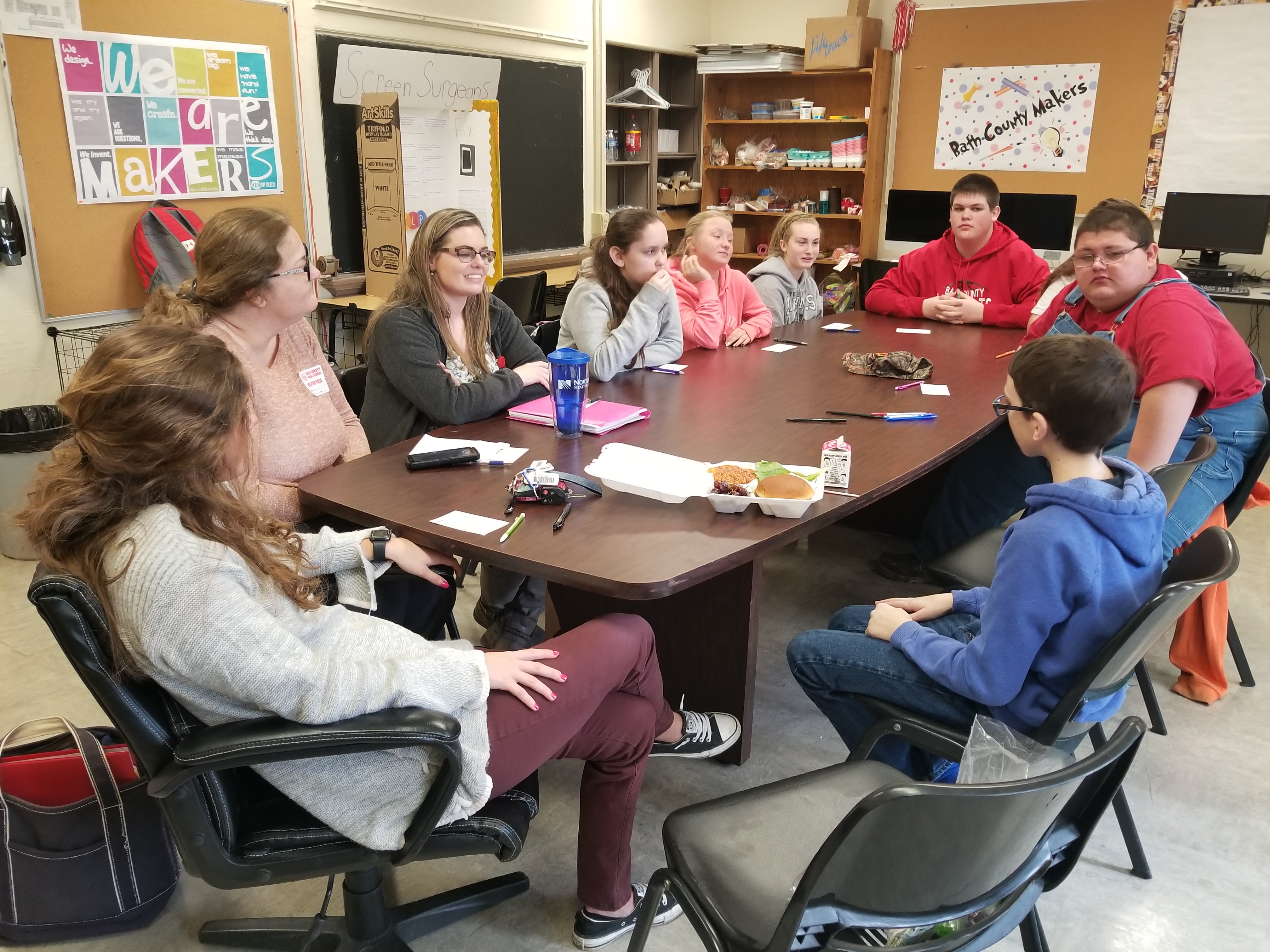 Making A Future: Harnessing innovation to change the lives of rural students

Students are setting up a green screen in the hallway as they prepare to interview some classmates about their projects. They are interested in the small engine that one classmate has built, but also look forward to hearing another play the guitar they are crafting by hand. In the hallway a trio of students run a robot through a maze they created to test its capabilities. Down the hall in the library two students are comparing notes over computer screens as they discuss alternative energy sources that could be used to run a hydroponic greenhouse system.

These activities are some of the sights you can expect to see during genius hour at Bath County Middle School. A small rural school located in Eastern Kentucky, BCMS was able to leverage a LRNG Innovator’s Challenge grant to transform their entire school into a makerspace.

Bath County, Kentucky, is among the poorest communities in the United States with one quarter of the population living in poverty (well above the national average of 13.5 percent, based on the U.S. Census Bureau’s 2015 estimates) and educational attainment lower than both the state and national averages. As a rural Appalachian community located in Eastern Kentucky, residents are further hampered by living in one of poorest states in one of the poorest regions. The hopelessness engendered by the lack of opportunities in this region often becomes a self-fulfilling prophecy for students who feel underprepared for college and career opportunities.

The grant, co-written and supported by the Morehead Writing Project, was written to change that self-fulfilling prophecy. The goal of “Making A Future for All: Connecting Passion To Profession” was to help these middle school students see alternative futures for themselves while also developing key knowledge and skills as they pursued a passion project.

Each student in sixth, seventh, and eighth grade was expected to spend time exploring and experimenting with ideas and approaches during the fall. Then during the winter students refined their interests and directed their energy toward a more focused project which they then pitched to a project-review board comprised of their peers and students from neighboring Morehead State University. Once the project was approved students were then able to focus on creating their project and preparing to share it with the school and community during an end-of-year celebration.

To support the development of ideas and projects, scheduled genius hour time was built into the middle school schedule each week and several teachers also devoted some class time to helping students explore within the content area. As students’ interests began to focus then the genius hour class assignments were shifted to create communities of interest with a faculty mentor best suited to support that topic. Sometimes outside help from the community and beyond was engaged to provide further support.

While the grant is now over, BCMS remains committed to offering students the opportunity to create individual passion projects to inspire their career path and genius hour is still an important part of the school culture while the school’s makerspace is a hub for the school.