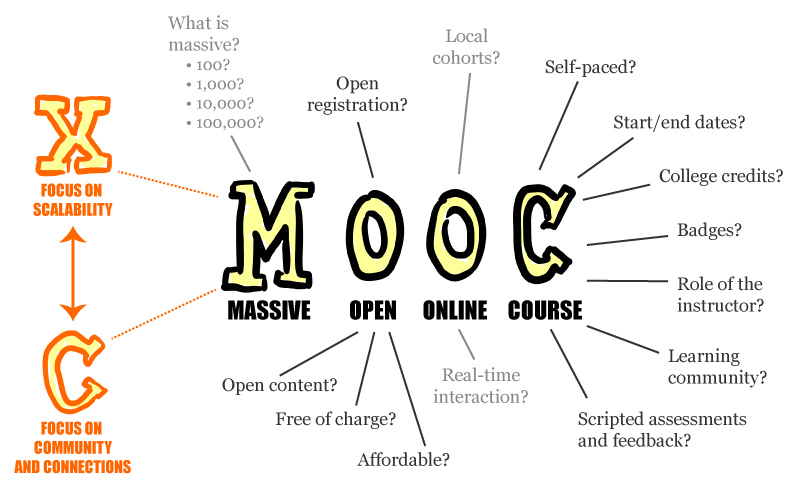 The simple equation above begs a qualitatively deeper question: are all of the bits and bytes more “signal” than “noise”? Or in the words of a quieter, less electric time, “Is the game worth the candle?”

The core of our week together was centered on a few words in our mooc’s acronym–connected learning. We are the ‘Connected Learning MOOC and our goal as facilitators this week was to bring the connected learning values of equity, participation, and social connection from the background of our three previous weeks onto center stage and to play a white, bright spot on it. That spot was the credo.

Nothing gets at values like a focused inward look. This week we tried to do that using our own values as well as connected learning values to create credos. The result was a set of compelling stories that are incompletely reflected here.

Carol VanHook has 32 years of experience sifting signal from noise. Her credo was an image and text married into a sampler motto, but her appearance on Saturday morning’s Hangout justified all the noise of gathering together. She showed us a way out of the thorny problem of how to find people of like mind to share. She has created a hashtag to share her interest in connecting learning and fitness–#clfit. In a way Carol came for tea and ‘hacked’ her way to dinner. Now people can join her in exploring the boundaries of fitness and learning within the bounds of the mooc or we can join her elsewhere in her new passion and emerging credo in G+ at #clfit.

Bart Miller‘s story this week is a little different. He comes to us digitally across the transpacific cable. That’s amazing in and of itself, but Bart’s mooc life is just as compelling to me. Bart made a huge splash in the community with his Laziness Map. I was hopelessly smitten by the simplicity of Bart’s use of Google Draw to create learning objects . He followed that up with a credo using the same tool I adopted the comment feature in Google Draw to respond there, but I also felt inspired to hijack his credo, his words not mine. Anyone can see how Bart doesn’t just talk the talk in his credo– in all of his work this week he is stepping out and walking the walk of “empowerment, unification, integration and encouragment” that he ‘draws’ about in his credo. This doesn’t even include his posts on Bill Evans and frames theory and whether Google is really evil or not. Bart Miller was proof this week for all of us that pirates still sail the scurvy seas of learning.

Joseph McCaleb showed us why he is called ‘DocHorseTales’. I had an uplifting half hour with Joseph this week that was going to end up on the Saturday Hangout on Air, but the forces of chaos (and Google) co-conspired to prevent that. Perhaps I can channel that lost signal through this post. He calls himself “DocHorseTales” because it is a shorthand to his identity. He is a professor and a horseman and a storyteller all in one. His credo is a meditation that begins in windchimes and bird songs and ends with the word “love”. It says something fresh to me every time I view it. It is as pure a signal of beliefs as I have seen here or anywhere and I can not and will not do justice to it. Just read his weblog reflection and watch his credo. Curate it for yourself in your own head.

I found out how the values were internalized in my own work of facilitating this week. I started the week with a very complicated kluge of a credo that sorta said what I wanted. By the end of the week I took my cue from the #vine zeitgeist that has threaded through our first four cycles and simplified to six seconds what my facilitator’s credo had become. Humbling. The short form trumped the long form. Less noise, more signal.

So…was the game worth the candle? Did we generate more smoke than fire? What was the ratio of signal to noise and was that fraction on the side of our better angels? I would have to argue that the question is not quite complete enough. I think that we only get the signal when we own the noise.

Carl Rogers argued that the only significant learning is learning that changes behavior. It is self-discovered and self-appropriated. Cognitive science has made its bones by helping us to realize this truth. Our minds are incredible filters of the energy streaming in constantly from all of the ‘sensorium’. I recall dimly some physicist declaring that in our lifetimes we have the equivalent of a small nuclear bomb of energy flow through our eyes. Small wonder they get so tired, but we still manage, as our artists say, to clear the figure from the field.

The same is true for us in our credo/reflections. We not only need to consider the objects in front of us, the signal and the noise, but we need to think about the space between things–the lurkers , the time we are disconnected, the negative space, the quiet in the conversation, the silent measures and beats of the song of our mooc. Artists play this figure/field game all the time. I think we need to play the same way in our reflections through the noise and into the signal much like Carol and Bart and Joseph have.

We see the facts of our lying eyes, ears, nose, tongue, touch, and body, but what translates the facts into Truth? We do. Together and separately. Perhaps it is apocryphal, but William Faulkner has been credited with saying that facts and truth don’t really have much to do with each other. It is a potent observation and one that hinges on the word ‘much’. The ‘much’ that Faulkner cited really isn’t much. It is this frail, connecting ‘us’. We are the link between fact and truth. Our credos are one way to make that link. This week the facts and the values and the credos and the truth can all be summed up simply: we own the signal through the noise, we own the figure through the field. And we have gotten to here through the data at the beginning of the post, through the time spent in our commons and through the quiet lurking and silence within and without the mooc, what Nikos Kazantzakis called “the full catastrophe” of life.

Zorba the Greek from Carlo Alberto on Vimeo.