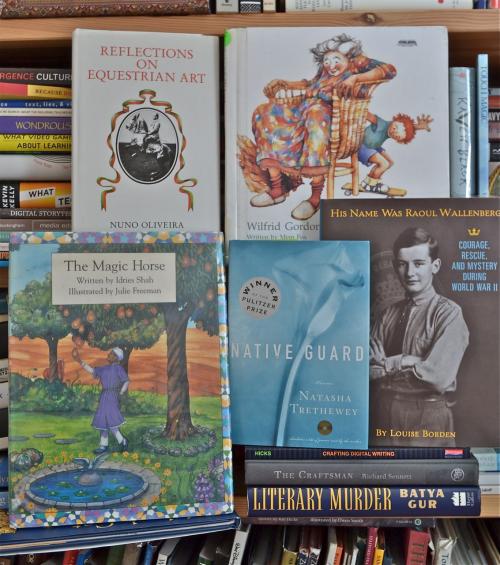 This is reposted from my blog:

The demand for one strikes at the core.  When educators use terms like “essential” (e.g., “Using Technology to Make Essential Questions . . .” & “On Genuine vs. Bogus Inquiry—Using EQs Properly”) and related terms such as “authentic” and “driving,” the intent may be good but the danger is great.  The source of what’s genuine, authentic, essential drives one over the edge of knowledge into a falling that can only be held by acceptance of not-knowing, of living in longing, of the hole in the cup that flows back to the source (see David Wilcox, “Break in the Cup”).

When a teacher initiates an EQ (or a driving question in PBL), the inalienable right of an individual has already been threatened, and an awake person’s inner knowing automatically bars the door.  Gnosis, the direct access to ultimate knowledge, opens from the inner heart and sniffs out surely the wolf in lamb’s clothing even when the beast lacks self-knowledge or acts out of the unconscious, assuming that the professional garb authorizes external control.  Teachers who have been dominated by external controls throughout their education and have been trained to post the objective, the EQ, and to enforce the code of conduct are subject to semi-conscious presumption of control.

The path toward authenticity plummets into multiplicity.  Neil Gaiman gives a quantum diffraction of multiplicity in a conversation between Shadow and Sam in American Gods:

“It’s not easy to believe.”

“I,” she told him, “can believe anything. You have no idea what I can believe.”

“I can believe things that are true and I can believe things that aren’t true and I can believe things where nobody knows if they’re true or not . . . that light is a wave and a particle, that there’s a cat in a box somewhere who’s alive and dead at the same time (although if they don’t ever open the box to feed it it’ll eventually just be two different kinds of dead), and that there are stars in the universe billions of years older than the universe itself. I believe in a personal god who cares about me and worries and oversees everything I do. I believe in an impersonal god who set the universe in motion and went off to hang with her girlfriends and doesn’t even know that I’m alive. I believe in an empty and godless universe of causal chaos, background noise and sheer blind luck”  (American Gods: The Tenth Anniversary Edition: A Novel, HarperCollins. Kindle Edition, pp. 348-9).

The ability to hold multiplicity does not mean a person cannot choose a better action among alternatives in a specific contextual situation (e.g., Forms of Ethical and Intellectual Development).

Essential questions are not to be answered, certainly not corralled in objective tests, and yet they are to be explored and the primary guide for that comes from the inner heart. Exploring essential questions stirs the heart of education; many are reaching toward such education as in Connected Learning and MakerFaire.  I believe they’re at the heart of ourUMCP I-Series courses, including the one I love to teach.  The way we search in Good Stories—Teaching Narratives for Peace & Justice comes in developing resonance in archetypal stories (e.g., “Illumination,”  “Main Idea on Auto-Pilot Makes Nonsense”).

What we should expect from our search for essence is not answers and not even happiness, certainly not fame or fortune.  As stressed by Elyse and others in the #CLMOOC, it’s more toward passion (e.g., “Writing as Making/Making as Writing).  Again, let’s not get fixated on bliss, for passion is as distinguished by suffering as by happiness. I tend to choose the term vitality as a distinctive quality of approaching essence.

For those of us who play and work in story land (that is, in literature, rhetoric, and broader composings), capacity to explore for essences, thus for resonance and for vitality, can be expressed in the term “literacies.”  Literacies can be conceived as a capacity to work/play along the edge of consciousness in order to resource vitality, to enhance relationships (including building community), and to strive toward peace and justice.  Such a perspective on literacies affirms the need to go deeper than the surface, to engage technologies into play—yes, because play releases the imagination and persistence and the escape from fear of failure that are needed to reach toward justice that allows individuality.  Play also erases cognitive fences that cut literacy off from intuition, flow, and other forms of knowing.

And that’s a good place to take the invitation.  Go play.  Like in #CLMOOC.