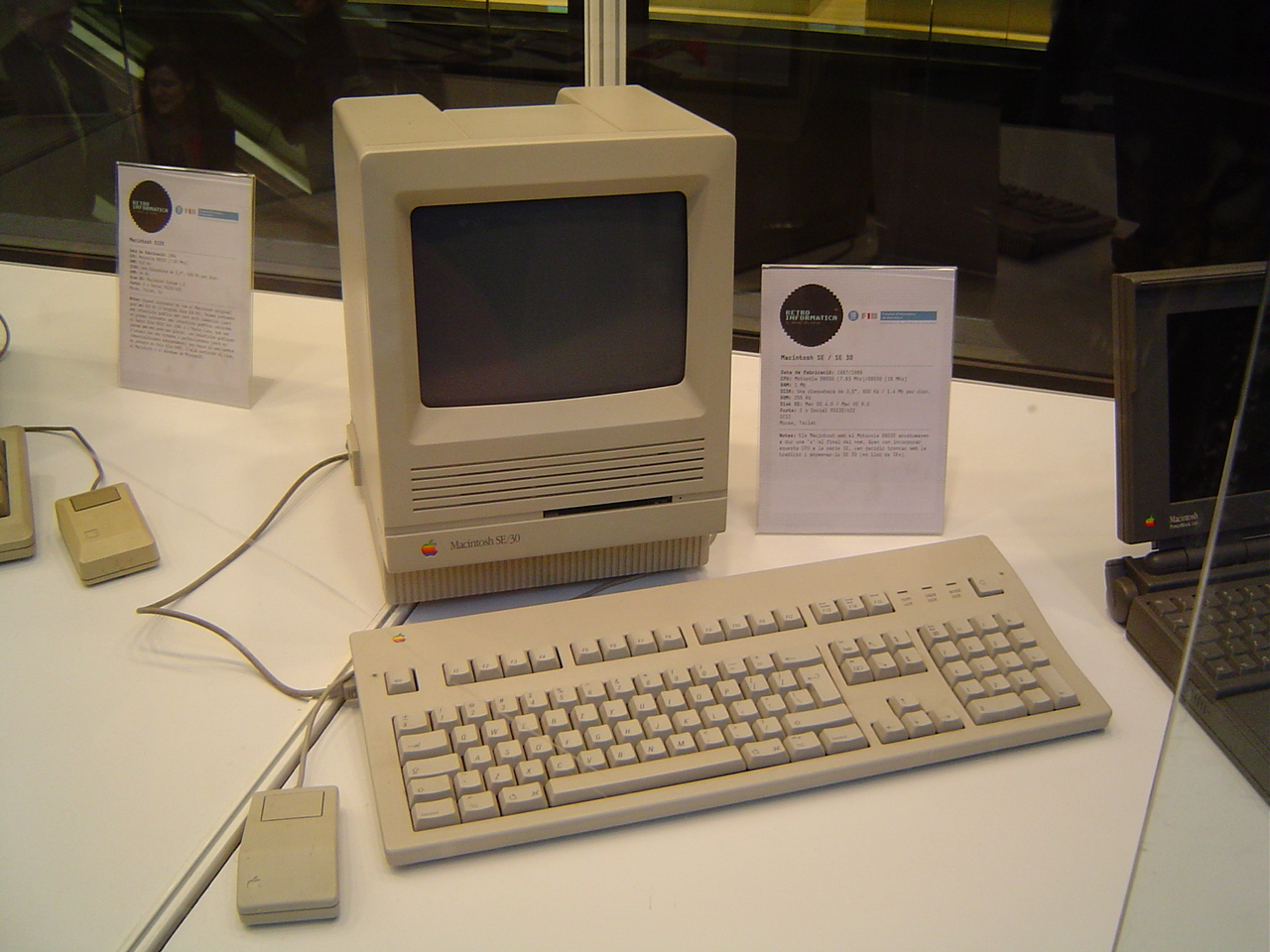 Growing up in a Digital World

Growing Up In a Digital World

My mother bought our first computer, an old floppy-disc IBM from a yard sale for about $20.  It came with the tower, monitor, and printer and ran what can only imagine now to be MS-DOS.  There were a number of different applications on it. My favorite was the helicopter game Striker.  In the game, you maneuvered an 8-bit helicopter through a war-field, complete with tanks and RPGs.  There were four controls: up, down, forward, back. Somehow, that was all I needed back then for hours of fun.  My family enjoyed most the word processing application that allowed you to create and print banners.  This was back in the time of “computer paper” that printed through a long roll that you had to splice through the printer. For my grandmother’s birthday, we printed her a 10-page long banner of one of her favorite phrases. It read “God is good. All the time.”

Years later, God was good to us when Boscov’s at the Concord Mall in Wilmington, DE called us to award us the raffle of an Apple iMac computer. This wasn’t a yard sale hand-me-down but the modern computer of the time.  We brought it home and set it up in the posthumous place of the old IBM.  My brother and I found out how to “rip” CDs to its hard drive.  My mother, a school teacher, purchased some “educational” games for us to play.  Before you know it, an AOL 5.0 disc came in the mail and we begged her to purchase the internet. We promised her that we would only use it once she was home.  She responded fruitfully to our rally-cry. We were now web-surfers.  My brother and I found the website HipHopGame.com which streamed all the new hip-hop songs in RealAudio, a format size built for the 56k modem. Reading the comment section of the website, we learned how to convert RealAudio files to mp3, now not only were we “ripping” CDs, we were “burning” them too. We went into business selling our classmates and friends the latest hip-hop tapes.

Not too long from then, my brother and I led the debates amongst our father that 56k modems wouldn’t cut it anymore.  “It ties up the phone line when you need to call us,” is what we would sell him, knowing that we were more excited and anxious about connecting to the plentiful pasture that was peer-to-peer networks.  No more of just searching for what’s new, p2p programs allowed you to build a massive archive in a matter of days if you had a speedy connection. We needed DSL.  Eventually, we cut a deal with our father that we would pay for half of the bill. It was nothing compared to what we would make back in CD sales. DSL opened up another hustle for me as well. Polyphonic and voice ringtones were becoming the rage of Chester, PA but it was only limited by your ability to pay for them. I did some online research one night and realized that you could do it for free. You only needed the sound file, a space to upload them online, and a way to send the link to the phone to download. By combining the reach of the Kazaa peer-to-peer network, the upload space that came with Yahoo! Sites, and the ability of AOL Messenger to reach cell phones, I was able to offer everyone in the town any ringtone they wanted for the price of $1.00 each.  I was able to afford premium snacks with my free-lunch on that money.

Finally, as a senior in high school, I planned for my PA-state-required senior project with the idea to create something that my school would benefit from beyond myself. I had been prospecting about the emergence of online radio. I know that Chester High could never afford to build and maintain a terrestrial radio station but online radio offered the possibility of a 24 hour stream that only necessitated a computer, a microphone, and a mixer. My friends and I already had a deep archive of music to bring to the computer. I wrote up my senior project as a business plan to bring Chester High radio its own station complete with my own sample radio show that I strung together with the help of the Making-A-Change afterschool program. We talked about what’s going on in the high school along with some of the latest self-edited hip hop favorites. The school applauded my effort yet never supported the idea.  I graduated to leave for Villanova University in the fall, with the dream of seeing where my love for music and radio could take me next.

I offer this autobiography to explain my experience as young person that grew up exploring all the possibilities of the digital age without fully recognizing the potential and power that I wielded as I weaved through the emerging technological changes of the 1990s and early 2000s. Looking back, it’s hard to imagine what my childhood and adolescence would be if not for the personal computer and the internet. My self-education took place on my own time with many allowances on behalf of my mother, father, and friends, yet with minimal guidance. I often wonder where I would be had my experience working with computers been validated within school and the other learning spaces I attended.  What could have come from the blend of intellectual curiosity with the intentions of a learning environment grounded in social change? What new realizations would have emerged? What new innovations would have been discovered? As I seek to establish this connection between critical digital literacies and participatory action research, I contend that the need for teaching and learning practices that connect the power of digital tools to a locally-rich understanding of critical consciousness offers the potential for young people to activate and demonstrate transformative individual and collective experiences.