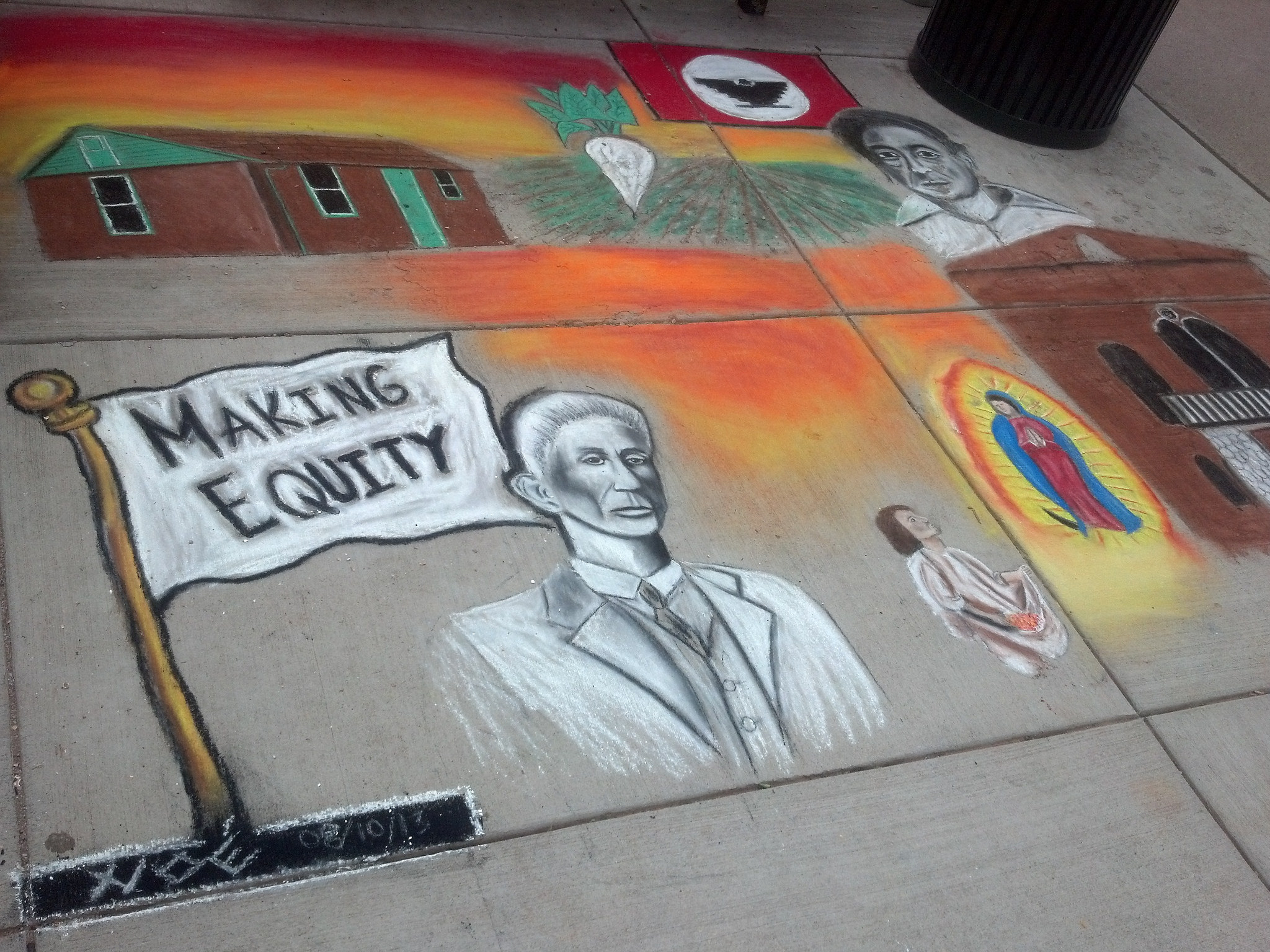 Maha Bali, Associate Professor of Practice at the American University in Cairo’s Center for Learning and Teaching, and I will host a Tweet Chat on Tuesday, October 28, at 4:30 eastern about ed tech equity. We’ll use the hashtag #techquity. We hope it will be the first of many open conversations on the topic. By setting a date, a time, and a hashtag, we hope to launch a conversation that will extend beyond the bounds of 140 characters and the one hour window of this synchronous chat. We hope to create a channel for learners everywhere to think together about a topic we see as critical to schools and education.

To be Young, Digital, and Black, by Josh Karp

In this post written in 2010, Karp focuses on S Craig Watkins findings about “The digital divide.” Watkins is quoted throughout discussing the access gap between communities who typically have computers and Internet access in their homes and communities who don’t. This gap, he argues, is less important than the “participation gap” he sees in his research. Black and latino youth, he reports, access the Internet increasingly through mobile devices for a range of reasons, not soley because mobile devices are less expensive. Karp’s post shows how the familiar narrative about access gaps portrays black and latino youth from a defecit perspective, ignoring the assets they bring to school in the form or interest in digital spaces and practice leveraging mobile tools for connected learning. The article ends with a quote from Watkins asking, “After access, now what?” – a great question to bring to a #techquity conversation.

In this piece from May of 2014, Mirra responds to the media reports that surfaced surrounding LA Unified School District’s 1:1 iPad rollout. Students frequently took the brunt of the media’s criticism while district level planning and the roll of Pearson Education got a pass. Mirra’s article foregrounds Roosevelt High School students’ reactions to the media reports. In the students’ presentation to community leaders in April of 2014, they argued that outsiders see them through a deficit lens, and the resulting media impact students negatively. Here, too, the familiar narrative about ed tech in schools failed to identify the assets of learners.

Bali, an Associate Professor of Practice at the American University in Cairo’s Center for Learning and Teaching, offers her perspective about the economics ed tech and equity, among other critical considerations. From her vantage point as a connected learner who studies MOOCs and open education, she reacts to the assumptions she encounters about the accessibility of ebooks. She points out that a “regular person” in Egypt has many barriers to access that theorists and educators forget. She challenges the notion of a flat world where everyone can access low-cost ebooks or free online content. If you click on the link above, you’ll understand how “flat” things feel in Cairo, and you’ll probably laugh out loud when you read Bali’s reaction to a TED talk in which a speaker talks about a “tuition-free” university that charges $1000. (My note to self: don’t suggest to Maha that $1000 is easy to come by, lest I reveal myself to be an ignorant American.)

Hunt thinks through a challenge that arose in a middle school lunchroom in his school district. Students were taking too long to eat their lunches, in part because they bring their iPads to the cafeteria, nibbling while they read, game, surf, or otherwise engage in digital leisure activities. His post urges school leaders to reframe issues like this, where the simplest solution is to restrict access. Instead, he advises educators to engage in more thoughtful conversations about attention and distraction. This, too, is an equity consideration. When do we restrict student choice and access? How do we engage in meaningful conversations about the changes we observe in schools and the problems that arise from ubiquitous access to technology?

This installment of Allison’s weekly conversation, Teachers Teaching Teachers (TTT), was devoted to discussing the need for a #techquity Twitter chat and the larger need for an open conversation about ed tech and equity. Allison invited me to join. In the video archive of that webinar linked above, our panel discusses, among many related topics, the aforementioned article by Nicole Mirra with Nicole herself. Because of the open nature of TTT, we also hear from Edward Gonzalez, a high school teacher at Lindsay High School in Lindsay, CA. Gonzalez logged in to the webinar conversation almost by accident, clicking into the webinar not knowing what to expect. Amused and interested, he sticks around to talk with us. He shares how he students from low-income households in Lindsay have less acces than their counterparts in LA, where he worked as a substitute teacher. In LA, he explains, local swap meets allowed youth to access low-cost, working, second-hand digital devices, so economics was not as big a barrier to access. Gonzalez’s serendipitous appearance and the community-specific insight he shares about access and economics serve as a reminder that we have to keep the door to #techquity conversations open at all times.

Hopefully, the links above inspire readers to read further and think more deeply about ed tech and equity. At the very least, they might inspire folks to write a tweet- you can write one right now- and then tweet using the hashtag #techquity. Ideally, the links above make educators curious about what will happen during this first #techquity chat on Tuesday, October 28, at 4:30 eastern time on Twitter… so curious that these educators show up and tweet.

Christina Cantrill is empowering the learn...
by Joe Dillon
See All Posts
Collection