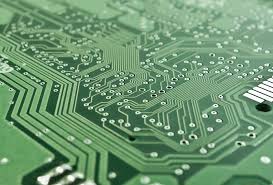 After returning from ISTE2014, my partner in crime, Minsoo Park and I were fired up.  We had gone in not knowing what to expect, but had some clear goals about what we wanted out of the conference.  The previous year was our building’s first attempt at beginning to integrate computational thinking and computer science building-wide for all students.  Despite tremendous staff  buy-in, the struggles were enormous.  One such tussle was with finding time in an already packed professional development calendar to begin PD around our new CT/CS initiative.  We were adopting a new literacy curriculum, half of the teachers were adopting a new version of our math curriculum, there was a new health curriculum, there was the new Danielson based evaluation and to top things off, our building was being renovated, so we moved everything and were learning in a temporary facility!  Crazy right?

Kenwood had a great first year of bringing computer science and computational thinking experiences to our k-5 population of kids, mostly coming from impoverished backgrounds.  There were lots of teachers who were early adopters, mavericks ready to hit the ground and run.  There were also fence sitters, not sure of how they would juggle the time required to teach another subject or learn it themselves.  That first year, we celebrated the fact that teachers and students were learning together.  Teachers were learners again and this new freedom, this growth mindset, was a sea change for many of staff.  Eventually though, teachers needed to learn some basic computer science for themselves.  How would we get there?

At ISTE, Minsoo Park and I had sought out others who had very purposefully carved out time and and space during  the school day for increased professional development. After school wasn’t an option. We learned from several other groups of teachers about how they had done it and took what we thought would work with our community.  The idea was to carve space within the day so that teachers would be released from their classes, wouldn’t have to write sub plans and could work with grade level collaborators.  Our two main goals were to increase teacher competency in the teaching of computer science and computational thinking and to be respectful of those teachers’ time.

Normally, we have two after school PD sessions a month, so we decided, very creatively, to call this “third PD”.  Our aspirations, starting small, were to have one of these sessions approximately every month, but after reconciling with a calendar of collaborations, district level professional development and standardized testing, we settled on five, forty minute sessions over the course of the year.

What were the logistics?  We decided that one admin and one coach/specialist would work with each grade level group of teachers.  The other admin and specialist/coach would be in charge of the students at that grade level, along with some recruited help from our librarian, literacy team and special education teachers.  We tried to give each grade level team as much freedom as possible to plan and learn with their peers, while also having a coach/specialist and admin there to support.  We did not want this to be a one way, top down PD.

What were the kids doing?  Well, having fun!  We wanted the kids to be engaged in activities that had been pushed out of the normal school day/year in this era of CCSS/ high stakes testing.  We held kickball tournaments, talent shows, had guests musicians come and perform at assemblies. Most of our students hadn’t been to more than a two assemblies in a school year before this.  We even had our principal dress up in a Willy Wonka-esque outfit and perform bad magic trips.  The kids loved it!  All in all, it was a positive experience for everyone.

We did however, learn a few things, the most important of which is that for both the teachers and the kids, we needed to keep things simple.  We needed to have more refined, smaller and clearer goals for the PD sessions.  We also need to do a better job of continuing the conversations after the PD ends.  Follow through is always important, but especially so when you are implementing something that is completely and utterly new, like computational thinking for all kids, k-5.  As far as our activities with the kids go, simple activities that require little planning or work ahead of time and allow the kids to play, have fun and engage with each other, are the best.  While our kids loved our talent show, it was tremendous amount of work and didn’t really turn out like we had envisioned.  We found out that the kids didn’t really understand what a talent show was or that one had to work at something over time to cultivate that talent. We can try again, but only with more time and help.

A new year is almost upon us and it is time to iterate.  It’s time to take the lessons that we learned from last year and carve out more space to allow the professionals in our building to come together and grow with each other, during the day and without having to write sub plans.  I really am feeling like a kickball game right about now?  Anyone want to join me?

Cultivation: the act of preparing soil for raising crops. Soil, to be cultivate...
by Molly Robbins