Popular culture has changed. No longer just television and movie franchises created by large Hollywood conglomerates, popular culture can be formed by the students in our classrooms. Our students are now both consumers and producers. Sure, they watch the latest blockbuster, but they also spend time making Youtube videos and mashups. This shift is an important one for educators to recognize when incorporating popular culture into their pedagogical practice. Adolescents and young adults are producing increasingly sophisticated forms of multimodal “text,” which include remixing dominant narratives of marginalized populations. Examples include re-messaging popular songs and video games for social change. The following four resources from the Digital Is site highlight how teachers can effectively support the critical media development of youth in their classrooms.

We begin with a resource from Larissa Pahomov, a secondary English teacher who uses a popular romantic film to highlight her students’ abilities to critically examine the film’s themes and messages and how the film represents various issues in society. Larissa’s use of popular media to build initial engagement in her classroom is significant. But more importantly, she is showing interest in her students’ cultural practices and their world. By changing the traditional dichotomy of teacher as the omniscent adult, students begin to take ownership over the classroom and the knowledge that is shared, debated, evaluated, and developed collectively. This process engages students in finding connections between the “academic” lessons and those in their lives. At its heart, this reaches the essence of what most educators hope to attain: Making the knowledge gained in the classroom valued in the personal lives of the students.

Lasrissa also raises some important points about using these visual “texts” for critical response. She brings up the potential and constraints for using this media with students. This point is worth further exploration as our young people are becoming more and more exposed to and bombarded by visual, textual, and multimodal forms of text in their daily lives. What is our role as educators, particularly those in the English language arts, to support students’ critical examination of these media products, beyond simply deconstructing pieces for literary themes?

The second resource highlights the potential of systems thinking-inducing films to support adolescent development of themes/message-based constructions of text. Systems thinking is the process of understanding how things connect to one another to make a larger system. This is found in fields as diverse as Computer Science, Sociology, Health, and Engineering. This has relevance for various subjects, particularly in English language arts classrooms. With ELA and common core standards pushing for critical and sophisticated understandings of complex literary works, the connections to film, television, music, and even video games with a strong narrative line are plentiful. This resource highlights several films that explicitly direct students toward big-picture and/or systems thinking.

From preschool-aged children asking why questions about the world they live in to researchers seeking explanations to social phenomenon, it is the natural curiosity of the human spirit to wonder, explore, and understand. By tapping into these natural interests, teachers can leverage popular media in various ways to build rapport and relevance to the traditional canon of different universal themes or character analysis.

The construction of textual and multimodal works also requires one to use systemic thinking in creating “text” that speaks to the audience in universal ways. This resource provides several films that can grab the attention and intellectual curiosity of youth and turn it into a love for English language arts through the critical consumption and production of various forms of text.

The third resource highlights The Center for Media Literacy’s framework to help teachers engage in discussion about producer intentionality and the ideological assumptions underlying popular media products. The Center for Media Literacy offers a rich set of guiding questions and resources to help classrooms to engage with 21st century media tools. In particular, “5 Key Questions to Change the World” developed by Jeff Share, Tessa Jolls, and Elizabeth Thoman provides a means for teachers to help students of all ages explore the power structures that underlie popular media today. Unlike other forms of media literacy, Share et al.’s work pushes for looking beyond media as a neutral medium. The simple frameworks created by the Center for Media Literacy challenge students (as both consumers and producers) to think about issues of power, dominance, and control.

Produced at a time when consumer and producer relationships were more linear, the Center for Media Literacy’s materials generally encourage questions and discussions about media that youth are viewing. However, as more classrooms and teachers are encouraging student media production, it is important to consider incorporating questions of power and authorship. Even when creating a YouTube video as a book report, or a blog post or a Prezi, student work is not and—this is a tenet of critical media literacy—cannot be neutral. Making transparent the decisions of power and ideology underlying all of the work students create is an important and necessary step for 21st Century education that incorporates popular culture.

Finally, Danielle Filipiak worked with her high school students to demonstrate how student-driven popular culture can be produced in ways that challenge existing political power structures and nurtured for social change. Danielle Filipiak’s sustained class inquiry into the conditions for learning and living in Detroit offers a powerful vision of how popular culture can be youth created and utilized to foment social change. Through collective ownership and research, Filipiak’s class produces popular media including a music video, a documentary, and a spoken word piece that help illustrate their research findings. Though this work is also augmented by other, traditional English “stuff,” Filipiak’s class helps illustrate two key points about Popular Culture 2.0:

1. This is popular culture that is envisioned and produced by youth.

2. When supported pedagogically by teachers like Filipiak, popular culture can function in ways that transform, inspire, and strive for social justice. 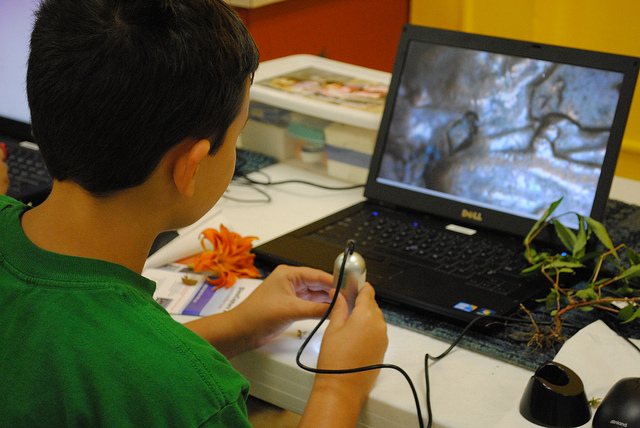 [Cross-posted on Edutopia] There is a sad truth about the way that most stude...
by Joshua Block