To begin to understand how youth are communicating and to consider what possibilities digital tools hold for social, political, and economic change, this collection explores various in-school and out-of-school examples in which urban youth and their teachers use digital projects and tools to interrupt and challenge existing structures of domination, oppression, and control that have historically and systemically crippled their communities.

Youth ROOTS, or Youth Reaching Deep to Oppression by Planting Transformative Seeds of Change in the Community, is an out-of-school program focusing on using “New Media Advocacy tools of the 21st century” to examine, reflect, critique, love, and produce art for change. In addition to creating visual, media, and performance art to spread their message of urban “artivism,” the group members also engage in workshop facilitation, conference presentations, and professional development for teachers and other adults. The work itself is symbolic of the possibilities for urban youth of color when given opportunities and resources, but their message in their artivist productions gives educators, youth workers, and other young people concrete examples of how it looks, sounds, and feels.

The Council of Youth Research at the University of California at Los Angeles (UCLA) is another program that supports youth in learning qualitative and quantitative research methods and reporting. Students engage in civic participation, demonstrate their abilities to contribute to public discourse, and serve to oppose traditional narratives of urban youths that depict them as being deficient of intelligence and abilities. These youth researchers have worked with Los Angeles Unified School District (LAUSD) administrators and the office of Los Angeles Mayor Antonio Villaraigosa to address their findings at the school and local level. They have also presented their findings at various educational conferences across the country to highlight the importance of these issues plaguing urban education today.

Whys Up Oakland exemplifies the perceptiveness and insightfulness of urban youth today. In this project, students decisively traverse down a path of self-discovery that led to new epiphanies, revelations, friendships and the sometimes unenviable stigmatization held by outsiders towards them.

All too often, however, in the discussion of technology and education, we are reminded of the potential for computers to eliminate the achievement gap. But the reality is that the digital divide often serves to reify, if not intensify and strengthen the opportunity gap between wealthy, white, and some Asian populations and their counterparts in urban, black, Latin@, and some Asian communities. While we recognize the rapid growth among Internet users across the country, there is a seismic divide among those creating and making decisions about the digital tools consumers and producers use. The Exploring Computer Science (ECS) program serves to address this very issue.

Similarly, the Digital Youth Network (DYN) challenges middle school students to emphatically announce their presence in the digital world through various new media ventures. Though not explicitly stated, the work these students are doing is directly working to challenge and transform the traditional forms of oppression for these middle school students of color in Chicago. With the increasing federal and state emphasis on standardized testing in math and English, arts programs have been eliminated across the nation, with few funding streams to bring them back. DYN seeks to bridge these gaps through new media literacy after-school workshops, in-school classroom collaborations and at home support. Through these efforts, students are developing new technological skills and transforming the way they see themselves. They now see themselves as producers of media (articles, games, videos, etc.) rather than as the often-caricatured passive teenage media consumer. They also are viewing media with a critical eye toward the content in conjunction with the aesthetics. As they described in their DYN introductory video, “I remix the negative… To become positive.”

These resources represent a minute sampling of youth- and teacher-created digital tools that are pushing against the dominant and often oppressive traditional narratives of urban youths of color today. These examples highlight the need to further nurture and support the work of these teachers and students to push beyond the limitations of the digital divide. 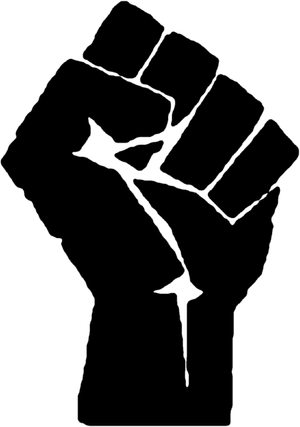