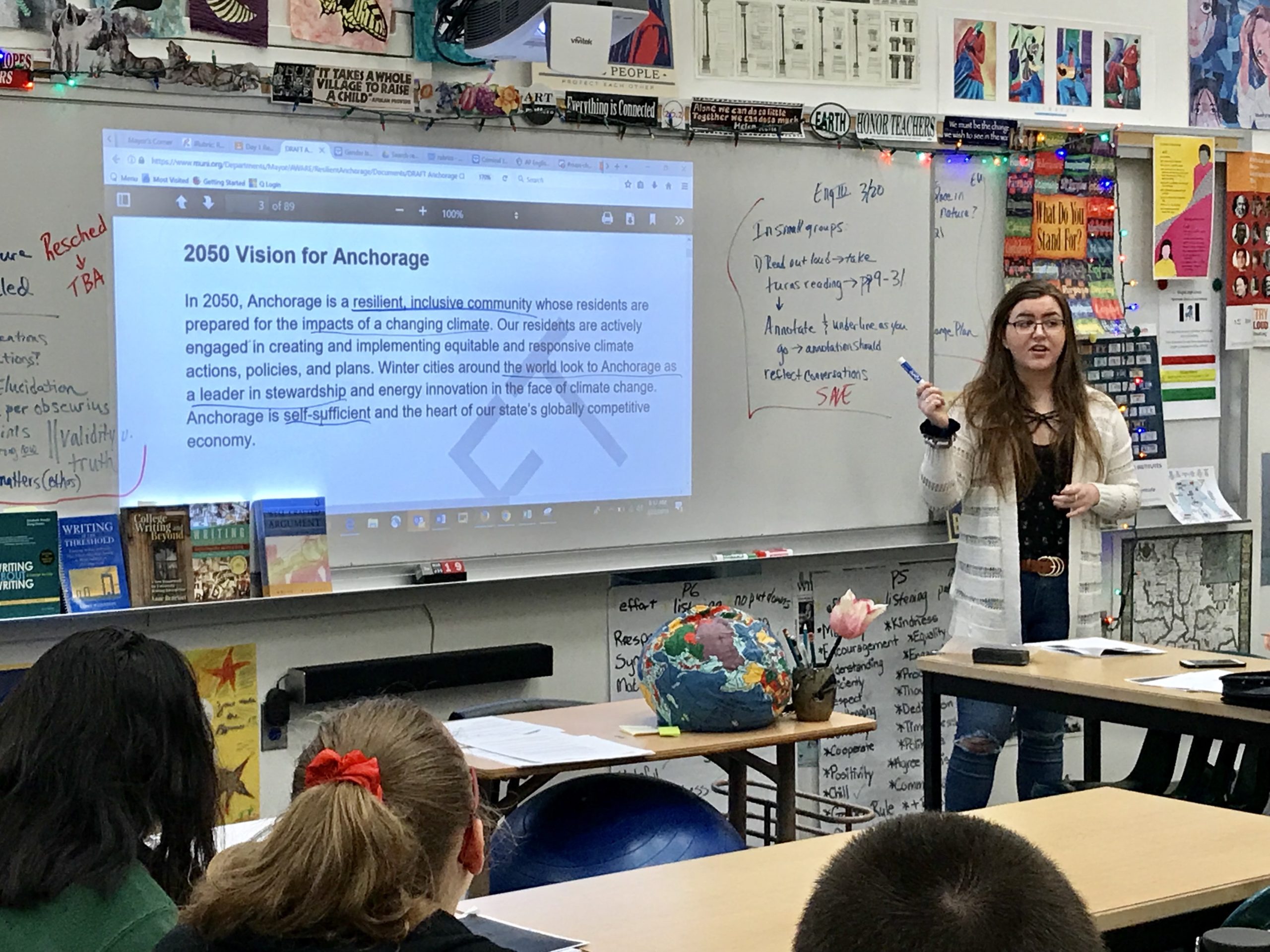 Climate Change, Controversy, and Conversation in the 3D Project

We started our official #3D work (The Digital Democratic Dialogue Project) one year ago this past July.  I’ve awoken from my own complacent slumber by making civic discourse more intentional in my English classroom. My eyes have opened wider as we’ve moved through our first year of participation. As my students have become more civically engaged, so have I.

In October I learned of Greta Thunberg’s student advocacy and realized, like many humans across the world, I had become complacent around climate change. I brought her testimonies into my classes as part of our grappling in relation to our 3D Project and to model teen civic engagement. Then we had a huge, 7.2 earthquake here in Anchorage in November. The earthquake was followed by multiple shooter threats across my district and students were arrested for terrorist actions. One arrest was made at my own school. We dived deeper into learning about climate change by examining our municipality’s proposed climate action plan and providing our mayor’s office with feedback. The proposed plan was voted on and approved by the assembly in May.  I had a student whose father is a polar bear biologist and he came into my classes to share what he knows about disappearing ice and the effects on polar bears. Through our #3D work my students got to travel to the Anchorage Museum and attend a full-day workshop on climate change presented through the eyes of artists and scientists. Students researched civic issues they were passionate about and shared perspectives with other students in classrooms across the country. Their work with #3D enhanced and strengthened their rhetorical skills and contributed to very positive growth and successes in the classroom.

As the year rolled by, I realized that I had been avoiding climate change as an educator because I was afraid of parent/student push-back and in doing so, I was directly contributing to the problem: I was complacent. Then the summer hit ~ Southcentral Alaska had the warmest summer on the record books and broke numerous high temperature records. Many gray whales were found dead in our oceans, fires raged all over the state, we had massive salmon die-offs, and ice melted and disappeared at unprecedented levels far more accelerated than ever before predicted. I am back in the classroom after this crazy summer and wonder how can we NOT be civically engaged in our classrooms? 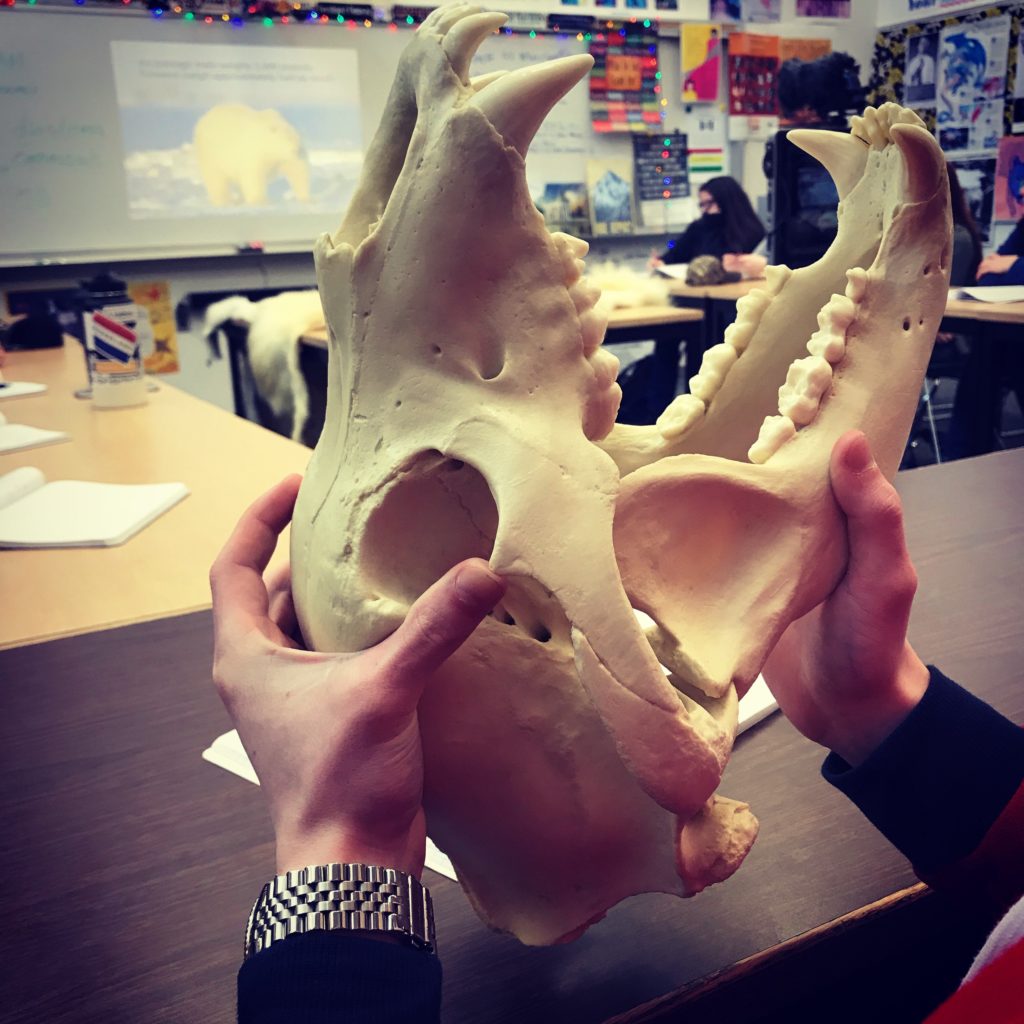 Through this engagement, there are two questions I am currently wrestling with. One, with an issue as serious as climate change, what responsibility do we have as educators in a community to address the issue even when it is still seen by some students, parents, and administrators as biased and/or controversial? Whose responsibility is it here in Alaska to help our children grapple with the seriousness of the situation and come to terms with what’s happening to the planet? We are on the front lines. We are seeing things change more rapidly than almost anyone else on the planet and yet it is still very difficult to even discuss the issue in school.

My second question evolves from the first. If we are living in communities where an issue like climate change is seen as controversial, how do we continue to deepen conversations and inquiry and at the same time acknowledge there is still skepticism and misinformation? If we stay on the level of acknowledging “both sides” we lose opportunities to engage in the kind of deep diving needed in this perilous time. When we do engage in the deep dives, how do we help our children confront the grief that comes with exponential loss? And broadening out this concern, how do we manage teaching in times where even providing space in the English classroom to grapple with such pressing issues through literature is considered “political” and teachers are shunned, chastised, and shut down for even attempting to create civic-minded spaces for students to connect and engage with one another on issues that matter now more than ever? What happens to our democracy when there are subversive narratives operating on school speech and curriculums that serve to control, limit, or even prohibit deep inquiry by insidiously implying that talking about substantive civic issues that matter is “political” or ideological?  These are the questions I’m grappling with on Alaska’s frontlines, and the questions that the 3D Project invited me to explore. 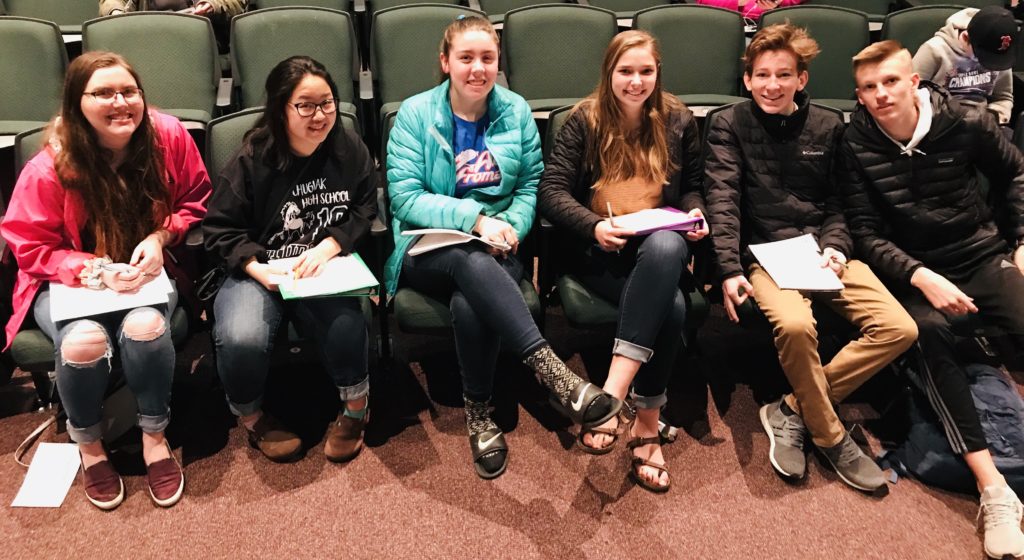