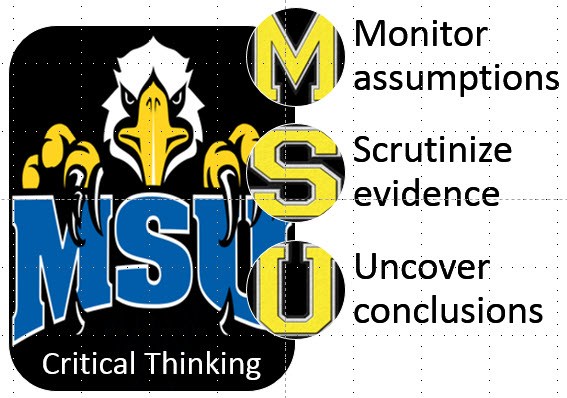 Breaking the Ice with an Argument

This week my first-year college students got to know each other better through argumentation thanks to my adaptation of Dave Stuart’s idea for an icebreaker that also introduces argumentation.

In previous classes, we spent time getting to know each other through six-word stories and sharing our superpowers and kryptonite. Then students created Digital Untros inspired by CLMOOC usingBlendspace, Thinglink, and photo collages (by far the most popular option). We also talked about the benefits of community, how communities are formed, and the hows/whys communities can go wrong. I like to use some Walking Dead clips to support our thinking and discussion (“Wandering,” “Inside Episode 413: The Walking Dead: Alone,” and “Inside Episode 415: The Walking Dead: Us”), because the theme for my First Year Seminar is “From The Walking Dead To Superheroes.” I include some writing prompts, such as how is college/life like a zombie apocalypse, to inspire our class discussion. These conversations focus on emphasizing the importance of community to our class in specific (and learning in general) as well as provide an initial model for the type of textual investigations we will embark on throughout the semester.

I found these preliminary activities helped us with our argument icebreaker. Before embarking on the activity I spent some time talking about critical thinking and argumentation – primarily focusing on definitions and descriptions – and discussed the differences between facts and claims (because this is something Americans in general seem to have trouble with if the things I read on social media are any indication).

Following Dave’s example, I then modeled some facts about me focusing on things I really care about, things I like to do, and including a mantra. I followed that up with a set of claims based on my facts and, as a class, we discussed whether or not my claims could be supported using the Morehead State critical thinking model (Monitor assumptions, Scrutinize evidence, and Uncover conclusions).

Students then divided into groups (this early in the semester I assigned the groups) and helped each person craft a pair of claims. I then collected cards with these claims without any identifying names. We formed a circle and as I shared each individual claim we used the MSU formula to match the claim to the author. Sometimes we were able to determine the author based on the first claim and sometimes we needed to use the second to help us out. A few had to be set aside until we had reduced our choices a bit, but in the end we successfully matched all our claims.

By the end of the exercise, we really had a good handle on the difference between facts and claims as well as the critical thinking process and now we have a handy reference to use in the future when we are talking about arguments and critical thinking. We also learned more about each other in the process, so I think it was a definite win-win!

How early in the semester do you start teaching argumentation? What do you think of Dave Stuart’s plan and my adaptation?

This post first appeared on my Metawriting blog at: http://metawriting.deannamascle.com where you can find other posts about teaching, writing, and teaching writing.