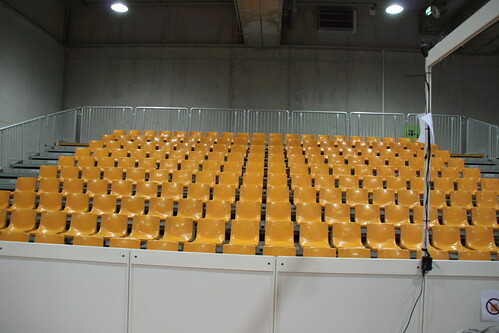 Audience Must be Curated

The advent of the “read/write” web was a boon to the conversation about voice in classrooms around the country. All of a sudden, all a teacher needed to ask a student to do was click “publish,” and whatever that student had created would zoom across the world to a real audience.

This was a striking departure from the time-worn tradition of teacher assigns, student completes, teacher grades, repeat.

Here, we were faced with the possibility that student work would make it to billions of eyeballs and earholes. Their work mattered.

Or, so the common line of thinking goes.

Audience, as it turns out, is more complicated than simply saying something (even if it is said with volume and nuance). Multitudes of trees are falling in forests, and people are there to hear them. Now, the question is do they make a sound when they are trying to get attention over the din of all the other trees falling.

In the schools we need, audience will be curated.

A few years ago, I asked students to select a problem in the world they thought needed solving and identify something (no matter how small) they could do to affect positive change in that problem. This was no groundbreaking assignment. It was akin to the traditional research paper.

One key difference was the realization of the possibility of audience and the need to curate it effectively. Students were choosing topics as varied as child slavery, litter in the city, and substance abuse. Even if they posted to the open class blog, there was no reason to believe they would happen into what Jean Lave and Etienne Wenger refer to as communities of practice.

The first step in our discussion of audience curation was the inclusion of metadata in their posts. We examined the idea of tags on their blog posts as they conducted their research and how those tags increased their visibility to outside audiences. Next, we talked about links. Because the students were accumulating many sources from many places, they were sitting on piles of data to back up their claims. Whereas the traditional paper would have them including parenthetical citations and works cited pages, we discussed the power of hyperlinks in helping their audience get to the material they were referencing as well as increasing their visibility in Internet searches.

While these steps helped the students think about how they were crafting their messages for audience, it remained passive. It rested on the hope someone might be looking for what they were saying. The next step was jumping in to the conversation. If they were talking activism, they needed to go where the activists were. I asked them to find online communities that had already formed around their topic and to go and take part in the conversations that were going on in those communities. It was a step toward what Lave & Wenger refer to as “legitimate peripheral participation.”

Aside from communities, students started to find other bloggers in their research who were posting on related topics. Here too, was an opportunity to curate audience. We discussed how they might craft comments on these external bloggers’ posts in ways that would establish their voices as credible and important. If they could do this, we reasoned, they would increase the rate of those bloggers following comments back to the students’ blogs. And, it worked. Every day, students would share with the class that someone they’d been following and commenting on had left a comment on their posts – often with questions. This had the added benefit of legitimizing the participation. They were in it.

Some of this may sound familiar to those who have had their classes send letters to the editor of the local paper commenting on a community issue. It has pieces of that exercise, but it is not that exercise. By giving students the space to have a conversation over time, to curate an online presence, and cull a body of knowledge to establish a novice-level expertise, this takes a long view on establishing deeper knowledge and seeing learning as relational.

Audience curation takes time and space. It means having conversations that ask what you want to say and to whom you want to say it. It also means students being prepared to respond to challenges to their thinking that may not care so much that they are students, but that they are thinkers engaging in real-world knowledge construction. Game must be upped.

This is cross-posted from autodizactic.com.

(This first appeared at my blog: Kevin's Meandering Mind...
by Kevin Hodgson